Last night Chris and I went into the Barbridge Inn for a drink and met our friend Eric The Engine (so called as he was once a train driver).  We had not seen Eric for several weeks so a good catch up was had over a few "bevvies".

This morning we got up and underway by 9am.  The sun was already warm when I took Smudge for his morning walk.  We got underway once I got back to AmyJo

We had a pleasant run down to Nantwich with very few boats on the move.  Chris wanted to get some food shopping done so we stopped in our favourite spot by the Nantwich Aqueduct.


The Nantwich moorings are always busy so we were lucky to moor where we did. There was just enough room for AmyJo with 6 foot of here stern past the mooring post.  We were still far enough away from the Aqueduct itself not to cause a bottle neck 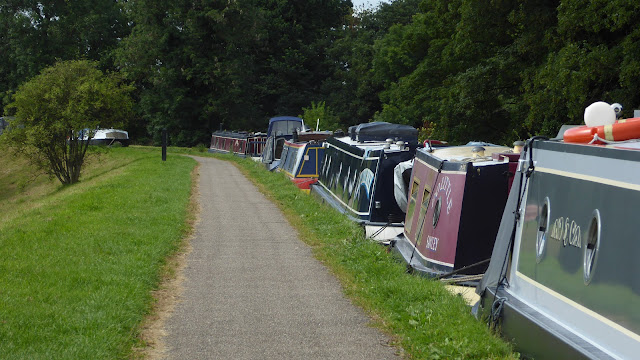 During our walk into town we passed this lovely old cottage that is up for sale.  It's yours for 325K if you're interested.  We called in the butchers and got some savoury sausages then the bakers for bread, cakes and sausage rolls for lunch.

After lunch we resumed our cruise for the short run to the two Hack Green Locks near the not so secret secret bunker.  On the way we passed this beautiful launch with gleaming varnish. It must be a full time job to keep her looking so shiny.


On arrival at the first Hack Green lock there was a queue of three boats waiting to ascend.  There was also a queue of boats coming down so the wait was not long.  Willing lock wheelers soon got the boats through.


We moored up just after the locks on the visitor moorings for the night.  We have been having problems with our TV aerial not working.  I checked and it looks like while the aerial was laid down for cruising water has corroded the cable connection beyond repair (you can see the old aerial in the first photo of this post).

A new aerial was bought and so this afternoon I mounted it on the topbox so it need not be moved.  I then ran a new cable into the boat.  We currently have over 200 channels now!  How effective it will be in trees or built up areas remains to be seen. 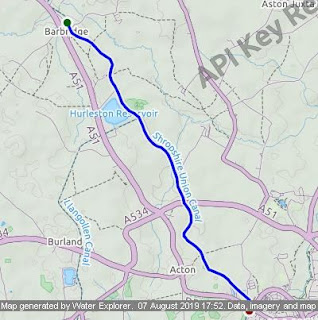 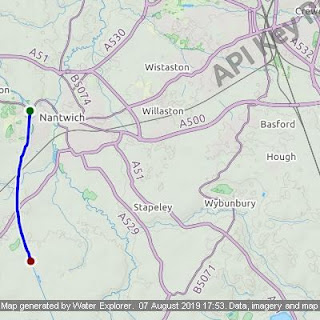