Chris and I had an early start today and hit the road for Stourport to visit Jim Sparks at Alexander Boats.  We left home in bright sunshine and had an excellent run down the A483 making good time to the workshop.  We arrived to find Jim hard at work finishing a 62ft Semi trad hull that was due to leave on Thursday.  By the looks of it he has a few late nights to put in to finish in time though the owners are not going to be disappointed she's beautifully made.. 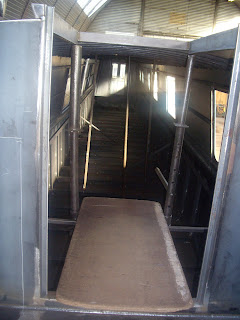 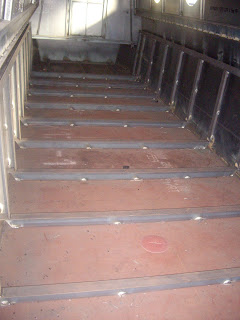 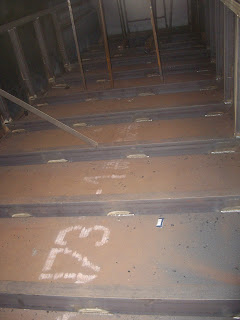 We spent a couple of hours with Jim while he showed us around the boat discussing various things like the type of bow we wanted, whether we wanted a bow truster and so on.  I asked about the recessed panelling he had done and that we would like one at the stern of AmyJo. 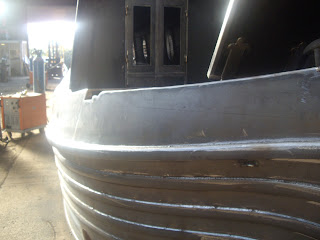 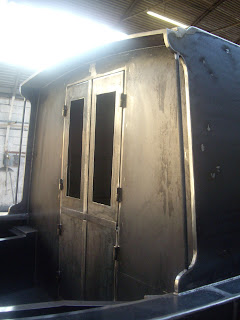 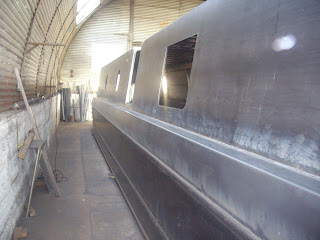 I have to say were really impressed with the workmanship Jim and Craig are putting into the boat, so much so it's made us even more determined that AmyJo would be one of their boats. 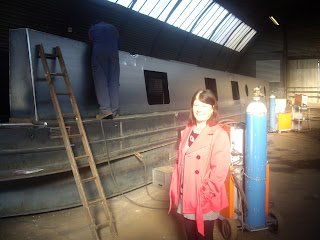 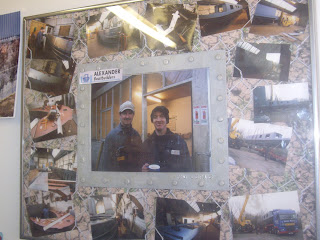 You can't see from the photo very well but there is chain link fencing in the photo as the background and the smaller photos are held in place by it.  We looked for a long time trying to work out how it was done but could not work it out, an impressive work of art!

We could see Jim was busy so we said our goodbyes and headed home stopping off in the Hare and Hounds for a pub lunch.  Having Seen what Jim was doing we feel even more happier he is going to build AmyJo and look forward to working with him.
at 23:26:00 2 comments: Links to this post

Whilst on our visit to Fernwood we looked at two hulls in their workshop, one by Tim Tyler and one by Alexander boats.  Looking at the two we preferred the Alexander hull so following Julia's advice  to speak to the builder we have booked a visit to the factory at the weekend to see them and discuss our build with them. 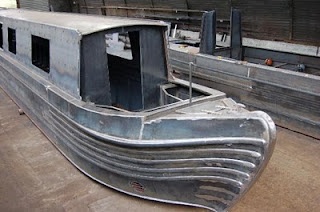 We've also been busy on the house front and think we may just have found somewhere we both like.  It needs a bit of work but has plenty of potential for us.  That in mind we have arranged a second viewing on Thursday and are planning to put in an offer.  We're also getting valuations on our own home and are please to find it's worth what we thought so are putting it on the market if our offer on the other property is accepted. 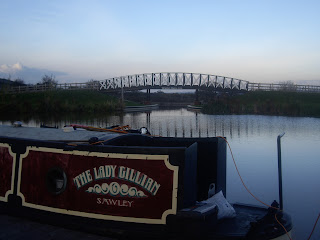 Chris and I went for a run out to some of the local marinas to look at moorings and have settled on the new Tattenhall Marina.  We like the site and the staff there are extremely helpful.  We are going to reserve our mooring for AmyJo in the new year so at least we know we have somewhere to moor her.  It's probably a bit too soon to be getting a mooring sorted now but in fact around these parts there are not many places vacant for a 65 foot boat.  Plenty for 57 foot and under so we decided we will put the deposit down in the new year and that will hold our spot until AmyJo is ready to reside on it.
at 18:18:00 No comments: Links to this post