Due to a sailing weekend we have not been able to update the blog, apologies,  so I'll try to summarise events as I remember them.

Another damp drizzly morning saw us underway at 9:30am on Thursday.  We did not have far to go as we had booked AmyJo into Heritage Boats Marina for the weekend.

We could tell we were getting near to the end of the Macclesfield Canal as in the distance Mow Cop (pronounced like cow) could be seen again standing atop the hill through the murk.


Mow Cop Castle is a folly at Mow Cop in the civil parish of Odd Rode, Cheshire, England. It is recorded in the National Heritage List for England as a designated Grade II listed building. The ridge, upon which the castle sits, forms the boundary between the counties of Cheshire and Staffordshire, the dioceses of Chester and Lichfield and the ecclesiastical provinces of Canterbury and York.

Further on we came to Little Morton Hall though we could not see it through the trees.  At Ramsden Hall restored railings protect walkers from a steep hill down to a field below.  Located almost opposite Ramsdell Hall one wonders is this is to give the appearance the gardens end here.


Just after Ramsdell Hall is the marina.  We pulled in and backed up to our allotted mooring.  We then spent the rest of the day preparing for our sailing weekend on the Isle of Anglesey.

On Friday whilst waiting for friends to pick us up we had a surprise visit from Steve and Denise of nb Riverside Escape, another Fernwood Boat.  We chatted for a while over coffee until Simon arrived.  We know Steve and Denise will be coming down the Shroppy when we will be travelling it back to Tattenhall so resolved to meet up again for a longer chat.

After shutting AmyJo up and driving to Anglesey we arrived at Tyn Ross camp site at about 6pm and set up the tent.  All our sailing friends were there so a good old catch up over a bbq was had.

On Saturday we took the boats to Red Wharf Bay and had what we call a play day.  Its a chance for crews to tune the boats for the coming race and general enjoy a blast up and down the bay in each others boats.  we do not have much room on the River Dee so to get the boats in open water and see what they are capable of is really good fun.


In the afternoon we hired some paddle boards and just larked around on them.  They were really good fun and Chris particularly enjoy them even though she kept falling in.

Sunday morning was the day of the race.  An early start saw boats launching from Beaumaris.  59 dinghies sailed down the sound and through Penman point and then up to Moelfre, a distance of some 15 miles.


Unfortunately the boats are too far offshore to photograph so we moved round to the finish in Red Wharf Bay to see them come in nearly 4 hours later.  Our club had 10 boats taking part and eldest Amy and crew Andy did really well coming 8th out of 59 boats.  She was also the first of our club boats to finish.


Those that know me will know I am also an RYA dinghy instructor.  A very proud moment for me occurred when two of my friends who I taught to sail only last year completed the race.  Not only was it the first time they had taken part but it was also the first time they have ever sailed on coastal waters.  Better still they were not last and enjoyed every minute of it.


The weekend rounded of with another camp get together and bbq complete with copious quantities of liquid refreshment.

We struck camp on Monday morning and were back on board AmyJo by the evening having had a super weekend with great company. 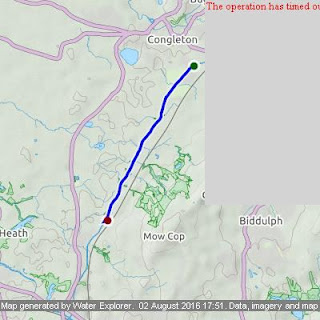