As Marie and Paul are back at work today's run was somewhat shorter.  It felt cold when we rose and dark clouds were everywhere.

Once the cars were in place Eric, Graham, and ourselves moved our boats.  Instead of us taking the lead Eric took point with Graham following and AmyJo took rear guard.

We made good progress running with the flow.  The lion Quay moorings were still empty as we passed again.  Wonder why. 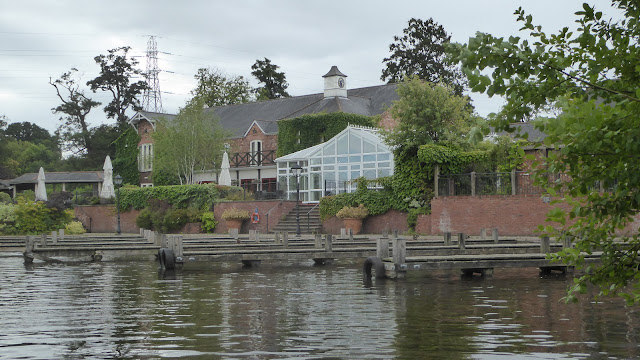 All was good until we reached New Marton top lock.  Here we joined a queue of six boats.  It took an hour and a half to get into the lock so we filled with water while we waited and chatted to the other crews.  By the time we locked through nine boats were waiting behind us.

Thankfully there was less of a queue at New Marton bottom lock with only one boat ahead and already leaving the lock.  Unfortunately there were no boats coming up so we had to reset the lock in our favour.

A short run after we joined Eric and Graham at the empty Jack Mytton moorings.  Chris needed a shop so with Graham's car to hand they left me to catch up with the blog and went to the supermarket in Oswestry.

Later, after work, Paul and Marie arrived and then went with Graham and Eric to work their own boats to join us.  Both wanting to do this stretch as we moved their boats for them coming up so they miss this bit.  Eric and Graham worked the locks for them.

For dinner Chris cooked everyone a Chilli Con Carne and we sat around the pubs picnic table in the grounds to eat.  We then spent the night chatting with the bar-b-q burning logs for a warm fire. 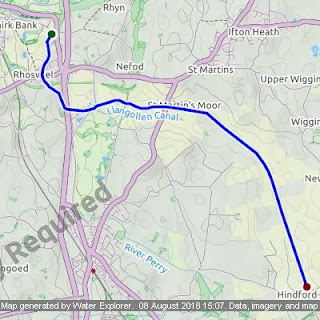