Another warm sunny day greeted us in the morning.  After breakfast and discussing our plans for the day those who work shuffled cars around ready so they would be available if needed.  It was gone 10am before the fleet was ready to move off.. The plan was to find moorings at Froncsyllte just before the aqueduct if possible.

The trip was uneventful but pleasant just the same.  Everyone enjoying the warm sunshine and pleasant views.  At Chirk Bank this unusual log store was in one water side garden, styled in the form of a hobbit house. 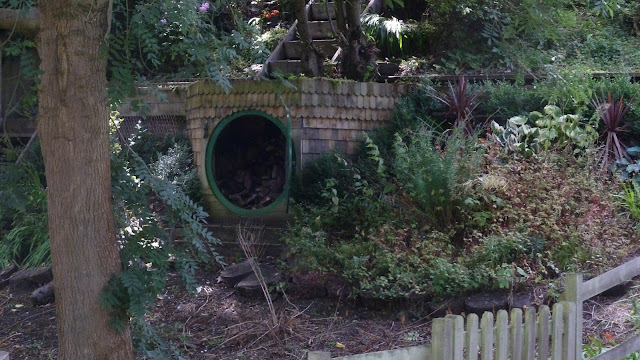 At Monks bridge the garden that used to display a few pots seems to have many new additions and now looks more delightful than ever, every inch covered with duck statues. 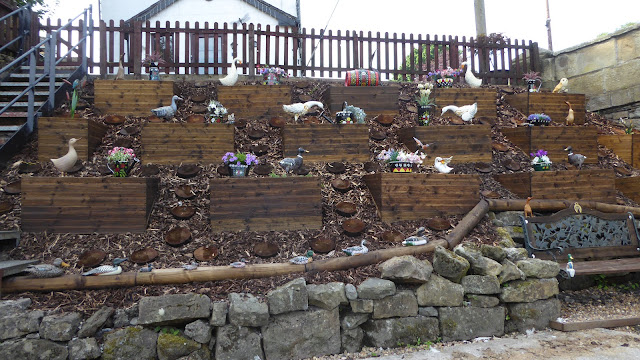 My favourite little cottages just before Chirk aqueduct still look the same as ever.  Such a pretty spot spoiled only by the growing number of cars parked outside.

We made the turn leading up to the aqueduct just as a hire boat was going onto it so all 5 boats of our fleet followed behind, lady luck was on our side today.

At Chirk tunnel a queue of boats had now built up waiting to come across.  They had a bit of a wait as we all passed by.

There seems to be a new ploy by boaters to stop another boat entering the tunnel.  Take a bright torch and shine it into the tunnel to make any boat coming the other way think twice before entering the tunnel so the boat, whose crew bearing the torch, can enter.  What they forgot is a boat light does not waver about much as a torch so when this was done to me I continued into the tunnel much to their dismay.

Once out of the tunnel these two day boats, manned by young Millenials, started to move off to go in.  I informed them four more boats were coming through and that they would have to reverse out if they continued.  They were not happy about this and still continued to proceed until they saw the tunnel light of the boat behind me.  Resigned to the fact they would get nowhere, they grumpily tied up again.

By Chirk Marina we then had to negotiate past lots of paddlers.  All gave us a cheery wave and a thank you as we crept past them.  Seems Chirk Marina now hire them out and judging by the numbers of paddlers its proving popular. 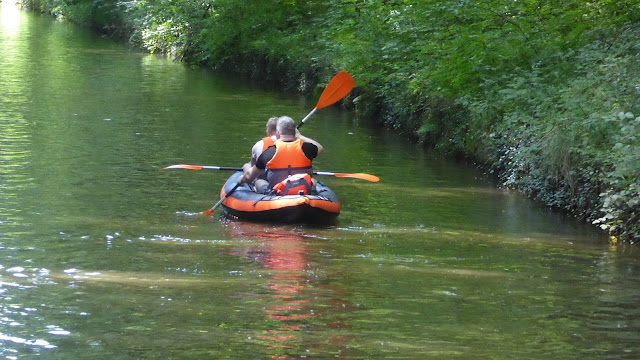 This handsome chappy gave us a wave as we passed by, his arm operated by a string that disappeared off somewhere inside.

We arrived at the visitor moorings just downstream of the wharf moorings at Froncsyllte and once more were amazed to find them completely empty!  For the fourth day in a row the fleet was able to moor up line astern of each other.

Chris and some of the others took a walk to the Aqueduct and I stayed behind with Smudge, much to his disappointment, so I consoled him with some crisps and a cuddle.  He did get a little walk later when they all returned and ran the short distance to greet them.  He then trotted back with Chris with a spring in his step obviously pleased to see her. 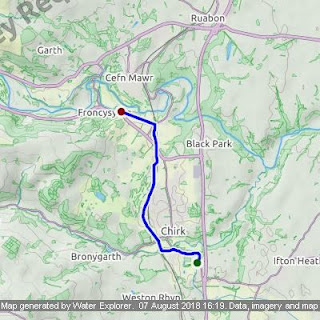