Apologies for the late posting of yesterdays blog, we had a strange hiccup in mobile signal where we were moored.  The boat router was indicating it was connected to the GSM network but we could not load anything.  In addition my own mobile phone lost connection and for the last 24hrs has been stuck in an endless searching loop that continued even after removing the SIM and rebooting it.  I had to use iTunes to download and install an iOS update to clear it.

We decided that as we were close to Sutton Hall and we did not visit it last night that we would do lunch there instead.  So glad we did as it's a beautiful place.  Full of little nooks and rooms off corridors that feel like a labyrinth.  Just exploring these was a delight and must be hell for the staff to find the customers to serve their meals. 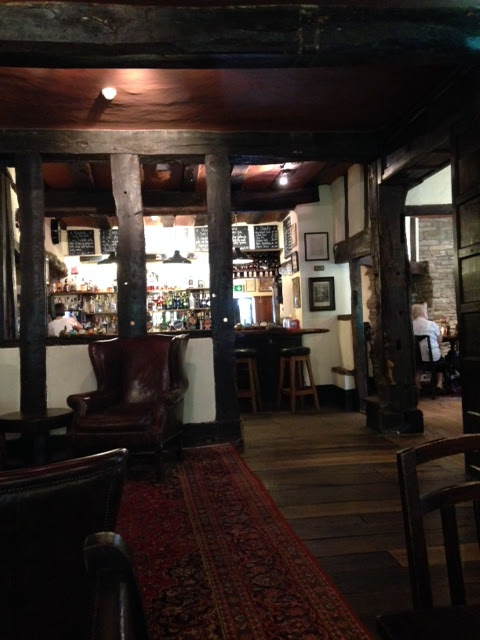 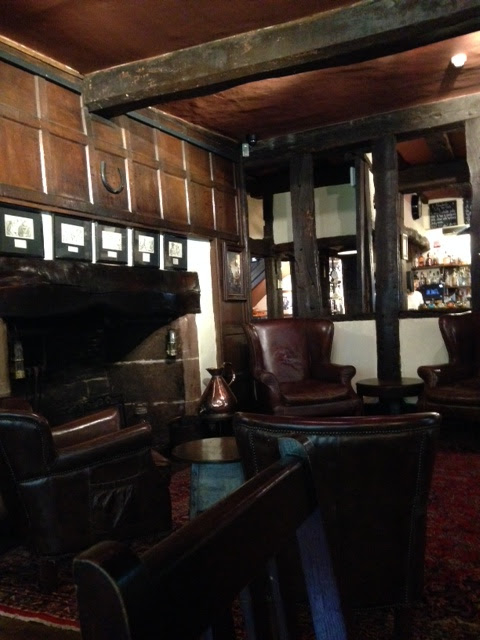 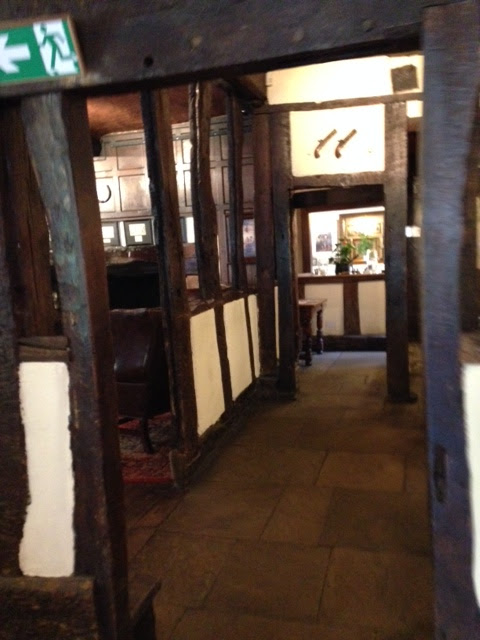 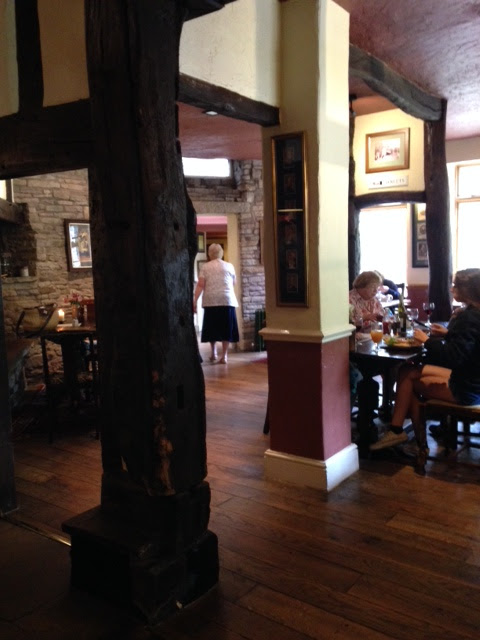 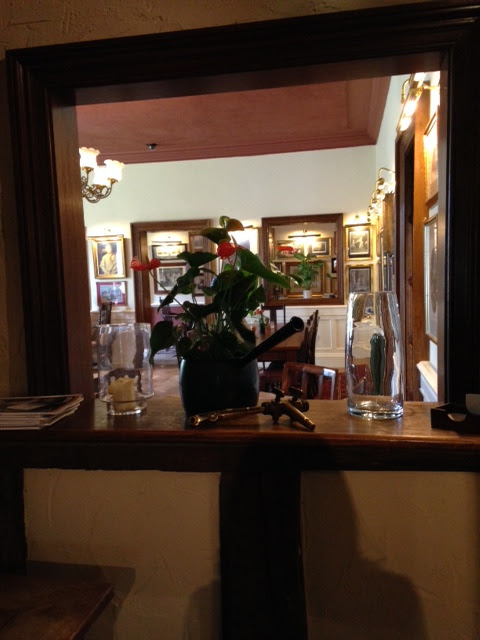 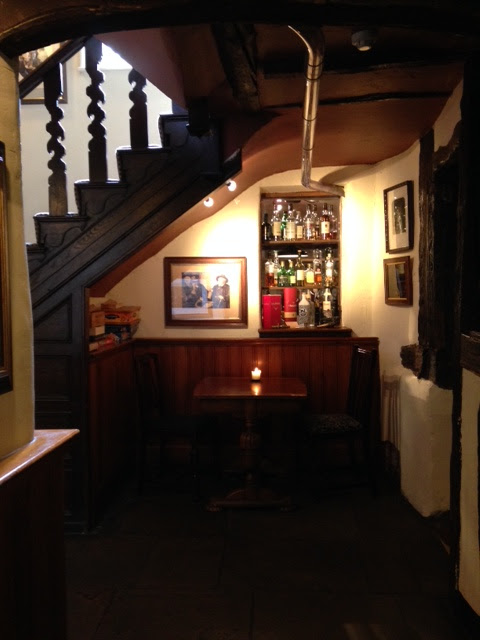 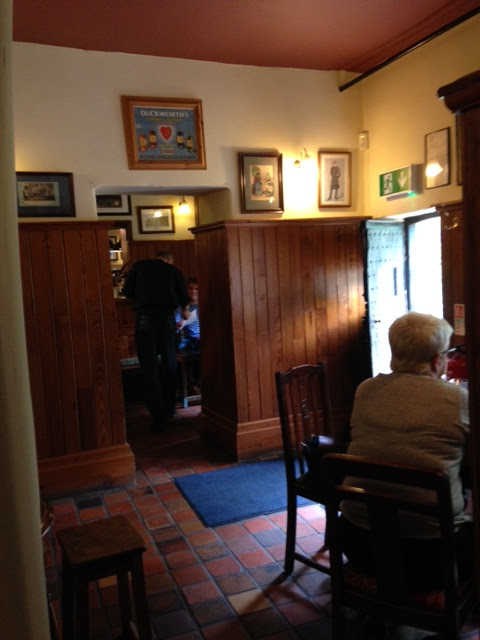 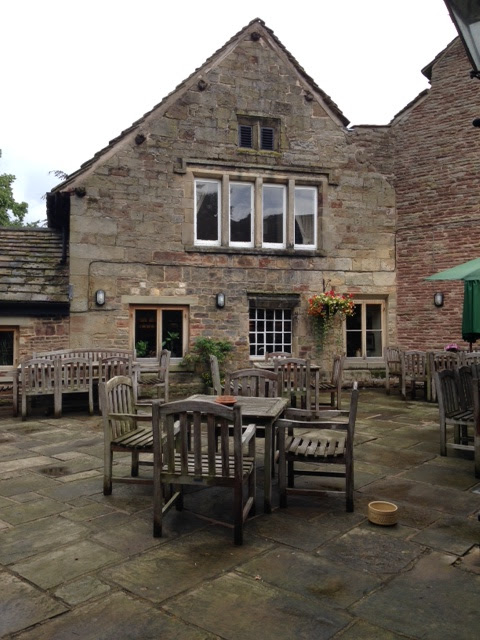 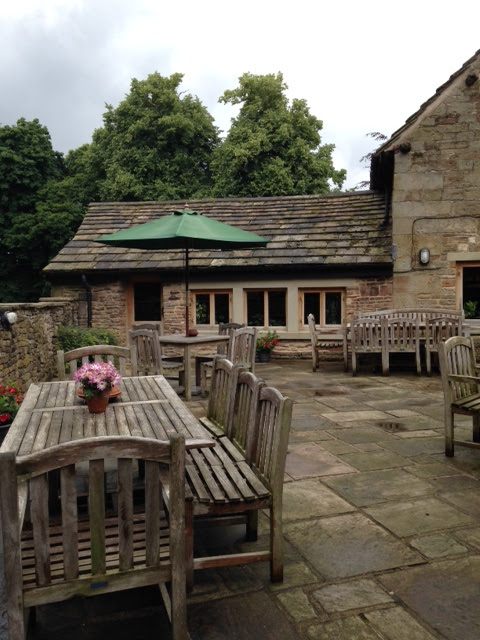 We eventually slipped the lines at 2pm and headed past Alton on its home mooring at Oakgrove then Chris worked the swing bridges again.

The Oakgrove bridge is electrically operated and only needs a C&RT key to operate.  This is the school run bridge we mentioned in an earlier post.  When we arrived not a car was in sight but as soon as the bridge moved they appeared in their droves from nowhere.


The view of a large hill called the cloud was ahead, its a prominent hill on the border between Cheshire and Staffordshire a couple of miles west of the Peak District National Park boundary.

At 343 metres (1,125 ft) in height, it is one of the highest hills in the area. Its heather-covered summit plateau is crowned by a trig point from which extensive views over Congleton, Biddulph, Macclesfield, Holmes Chapel, and the Greater Manchester area can be enjoyed. The Cloud sits at the northern apex of a triangle formed by the broken ridge which runs along the border between Cheshire and Staffordshire and the hills stretching south through Biddulph Moor into Staffordshire. To its north, the River Dane wraps around its lower slopes whilst the A523 road runs to its east through the village of Bosley in Southeast Cheshire.

We arrived at the Bosley top moorings at about 3:30pm but all were taken.  We estimated 2 hours to descend so went for it.   As we started our descent hire boats were coming up so all were in our favour.  At lock 3 one of the paddles was out of action and taped up so we had to wait a bit for the boat coming up to fill the lock.

At one on the locks (can't recall which one) a poignant father's day pot of flowers adorned a bench seat clearly in memory of someone's deceased father.  The text was quite touching and obviously heartfelt.  The pot had tipped over in the wind so we carefully uprighted it and cleaned off the dirt from the card.  We tried to read the inscription on the bench plaque but it was so worn it was not possible but we assume the card referred to the memory of the person on the plaque. 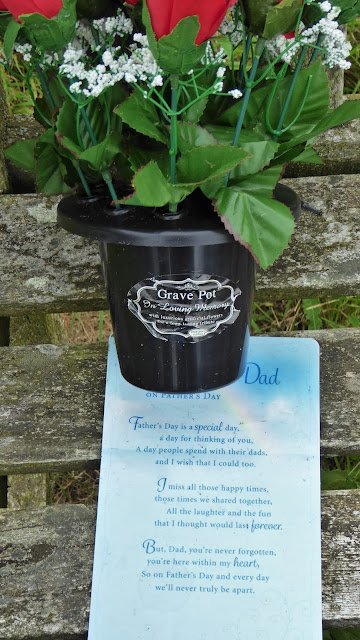 At lock eight I took over lock wheeling to give Chris a break.  I still insist she helms at least a few locks now and again.  You never know when that skill may be needed one day, if, anything happens to me.  To be fair she's getting quite good at it now and only nudged one lock entrance though to be fair a raging by wash made things difficult.

We continued down until we ran out of ascending boats at lock 6.  Luck was with us though as the locks were still all in our favour.  The boat behind had an elderly couple on board and would have to turn every lock after us so after AmyJo clear a lock and no ascending boats could be seem I turned each lock after us for them.
We continued like this with locks still in our favour until the bottom lock which strangely was against us.  No matter I turned it in our favour and we descended.  We found one last remaining mooring big enough for AmyJo as we passed it so reversed back onto it.

As the elderly couple passed us I told them I had been setting the locks for them and hoped it helped.  They were more than grateful and did wonder who their phantom lock setter was as they knew we were ahead of them.

Just after they passed us a moored boat backed off the mooring and gestured the couple take their place and then other boat started ascending the locks, he had clearly been waiting for the last boat down so all locks would be in his favour.  The gods clearly were on the couple's side today.

We checked the time and sure enough we cleared the locks in 2 hours.  Not bad for  just the two of us and resetting locks as well.  we eventually moored up at 6pm. 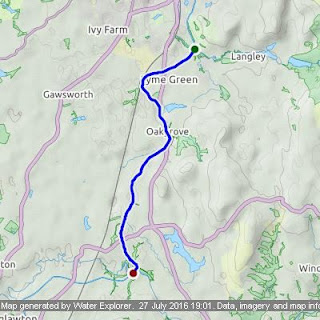