Today dawned bright with plenty of white cloud cover.  The forecast was for a dry day but this was not the case.

We set of about 9am and headed for Macclesfield.  You may recall we wanted to stop there and have a look round.  As Chris put it, it would be silly to cruise the macclesfield and not see the city.

We got to Macclesfield around 11 am hoping to pick up a mooring just before bridge 37.  These moorings are relatively new jetties and our luck was in as there was just one space left big enough to squeeze AmyJo in.  There was a boat coming the other way so I gestured to him we were pulling in and blow me he shot across my bows and took that very spot we were heading for, no apology just "I saw a mooring so I took it".  Nothing for it but to continue on.  The moorings the other side of bridge 37 are not ideal either.  We cannot get AmyJo onto them due to submerged bank stones, as we had tried coming upstream so on we continued.

Seems today was a popular day to moor in Macclesfield as there was absolutely nowhere to moor.  I'm afraid Macclesfield is going to have to wait for another time.


The mill was constructed in 1856 by Martin Swindells, a local cotton spinner, who also owned Clarence Mill. The Adephi Mill was built for Swindells’ two sons – hence the name ‘Adelphi’, which is the Greek word for brothers. The mill began with the spinning of cotton but was soon converted to the production of fine silk. Within three years of the mill being built, the railway came to Bollington, running virtually alongside the mill. This soon led to a decline in canal transportation, but the Macclesfield Canal remained navigable and the UK’s very first narrow canal cruising club, the North Cheshire Cruising Club, was established there in 1943. 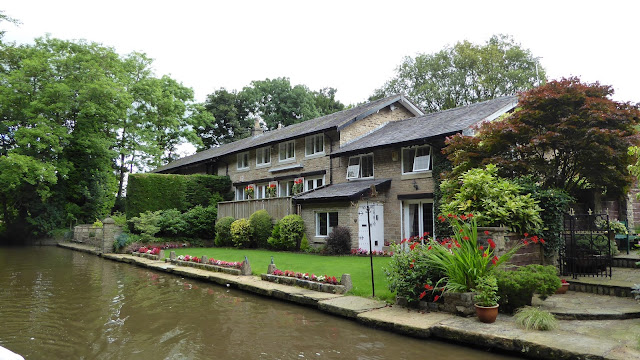 Continuing south the canal passes the deep Richmond Hill cutting, which was originally planned to be a tunnel.  Signs of recent repairs are apparent with new supporting abutments. 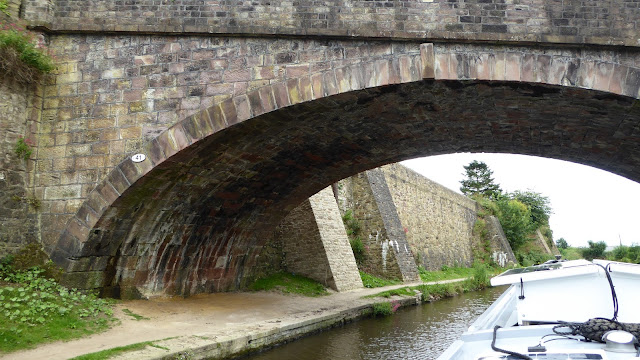 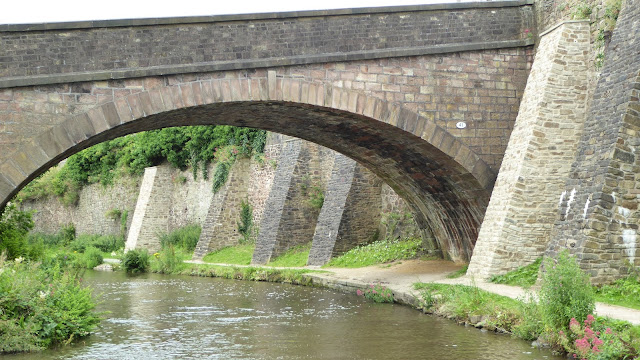 Our destination was revised and we stopped at the gurnett Aqueduct for lunch.  The only problem are the mooring rings.  Clearly these are spaced for smaller boats that are common here but for AmyJo they were either to close or too far to fit her 67 foot length.  No chance on using Pins as the aqueducts concrete construction lies only inches below the towpath grass.  Our solution was to set long bow and stern lines then take springs from midway along each back to the ring amidships.  This coupled with the centre line is holding AmyJo nicely when boat pass by.

Its nice here so we decided a drink in Sutton hal was on the cards this evening.  As Paul from the Manly Ferry is moored not far from here in his motor home we invited him to join us.

The rest of the day we got some much needed maintenance done.  Chris cleaned the porthole drains that were going green.  For our non boater reader our port hole glasses sit in a small channel so that when any condensation runs down the glass its caught in the channel and directed out of a small hole at the bottom to outside.  This stops the porthole water building up and overflowing the channel.  As this can be damp all the time a thin layer of green mold can build up.  Chris hates this so is constantly cleaning this away.


My task for the day was to sort out the back cabin radio aerial as this has started to come loose.  I could turn it with ease and was worried it might be getting wet below it.

A simple task of tightening up the retaining nut inside?  Not on a narrowboat.  The holding nut is located behind this cabinet that had to be removed to access it.

Two hours later and 16 screws removed and replaced the job was done.  I also added some silicone mastic to the base of the aerial to aid a watertight seal.

After dinner we wandered off to find the sutton Hall but on passing the Olde Kings Head we met Paul coming out.  Needless to say we all went in hand had a few beers there instead.  The Kings Head is a great pub and friendly ba staff.  I'd recommend a stop here on your travels 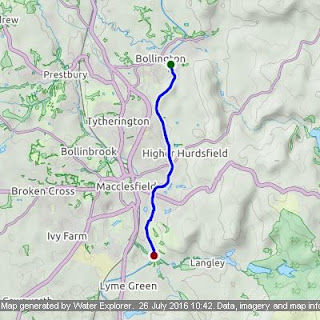