Today we continued retracing our step by cruising from Marple.  The weather looked iffy and in fact later in the day just after we moored the rain arrived.

On our way we passed several herds of cows many with young calves the look only a week or two old.


A bit further on we were surprised to see some bushes really shaking and wondered why.  As we got closer we found these two carves in the cut eating the bushes.  See, I did say avoiding cows standing in the canal added entertainment. 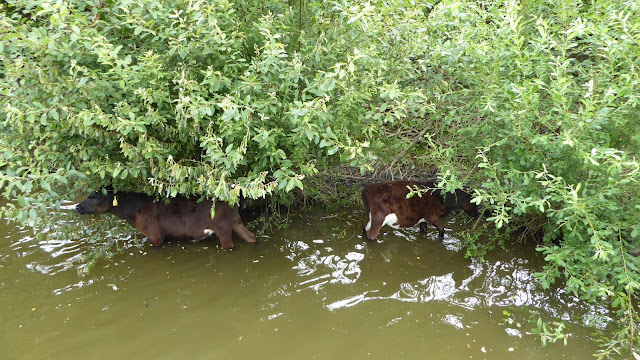 Sighting White Nancy meant we were approaching Bollington.  We wanted to moor at clarence Mill again but being Sunday we did not build up hope.  Just as well as the aqueduct was chocker with boats.  Oh well we thought we'll find somewhere else.  We managed to get on the last mooring at Bollington wharf.  Again we were moored opposite breasted boats but, with light traffic it was not a problem, there was plenty of room for one boat to pass. 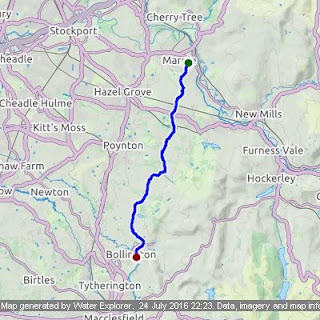 Hi Irene
Were descending Bosley at the moment amd plan to stop at Sherbourne Marina so will look out for you
Tea, coffee or stronger?

At the top of Bosley and will go down tomorrow (Thursday). As for liquid refreshment....depends on the time of day (: Xx