We woke at the late hour of 9am this morning and found the weather to be fair but a breeze had built though nothing that would make cruising difficult. Todays cruise would be short but just as interesting as we had the Monty to explore for the first time today.

We pottered about until 11:30 when the lockie for the day arrived. She quickly got the locks ready and at 12 noon on the dot we were summoned to enter the top lock being the first boat to lock for today. Only two others were due to follow but only one had turned up.

The locks here appear quite narrow but as you enter the first lock one realises that its only an illusion due to the depth which is quite steep. 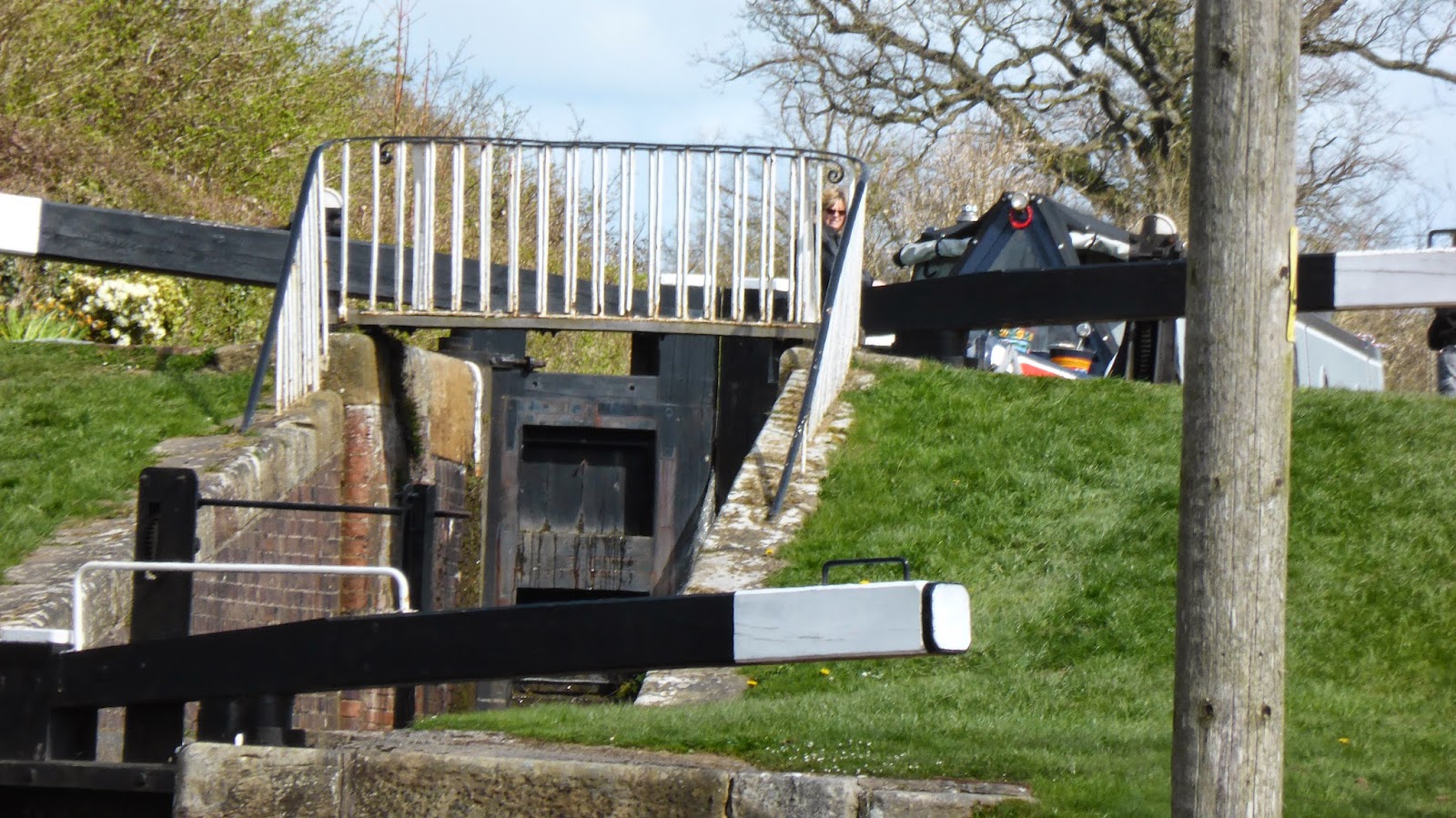 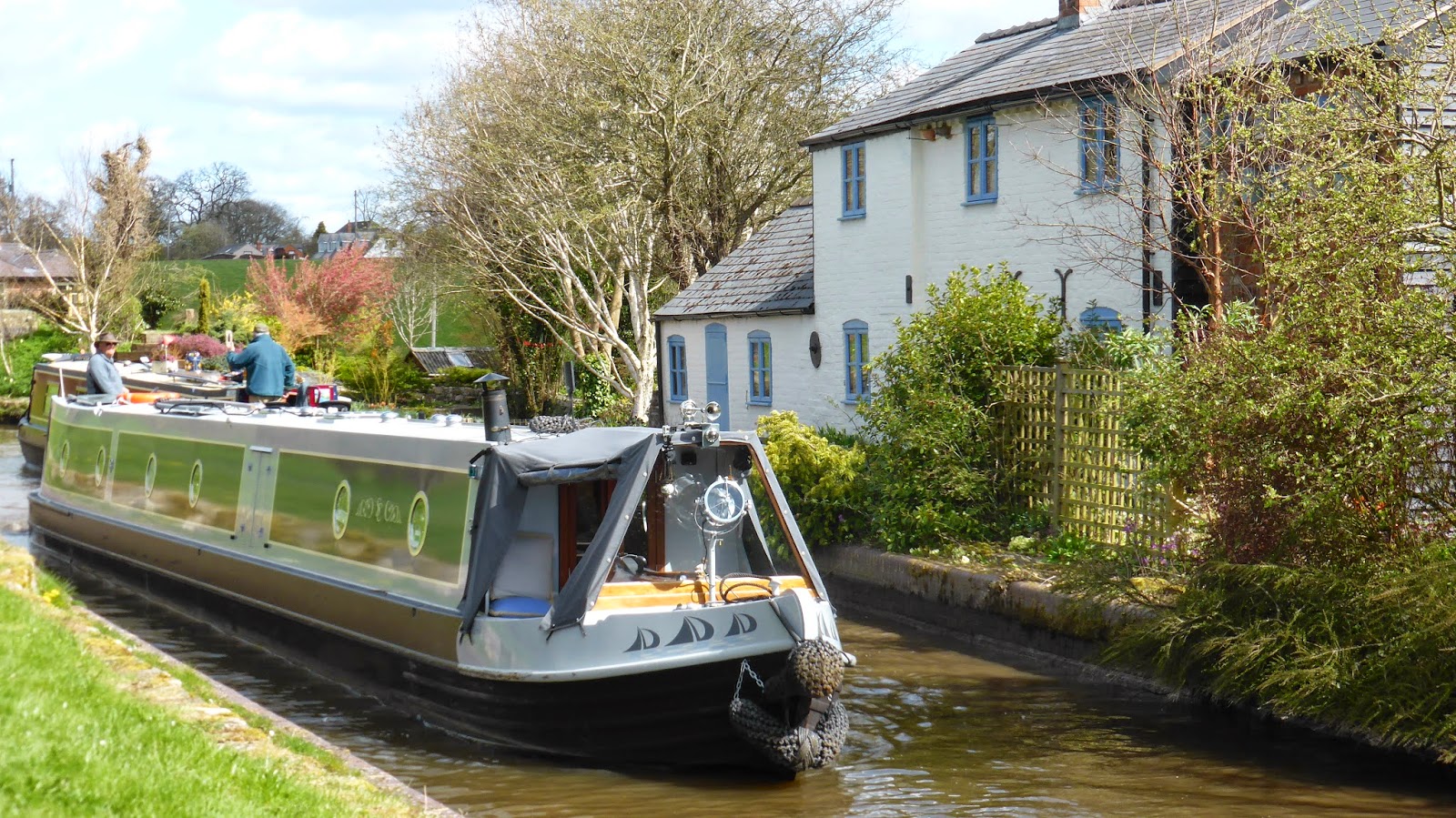 The canal is quite picturesque at this point and was a sign of what was to come.

We locked down the remaining two locks that make up the Frankton flight and passed into narrow waters and open countryside. Passing oncoming boats would be interesting as the canal is barely wide enough to pass but our concerns quickly evaporated when it was clear we were the only boat in the area. The other stopping at Weston arm for water. In fact we only saw two boats on our way all morning and one was moored. Just after the new Graham Palmer lock, as Pearsons put it, we were quite literally in the middle of the middle of nowhere. 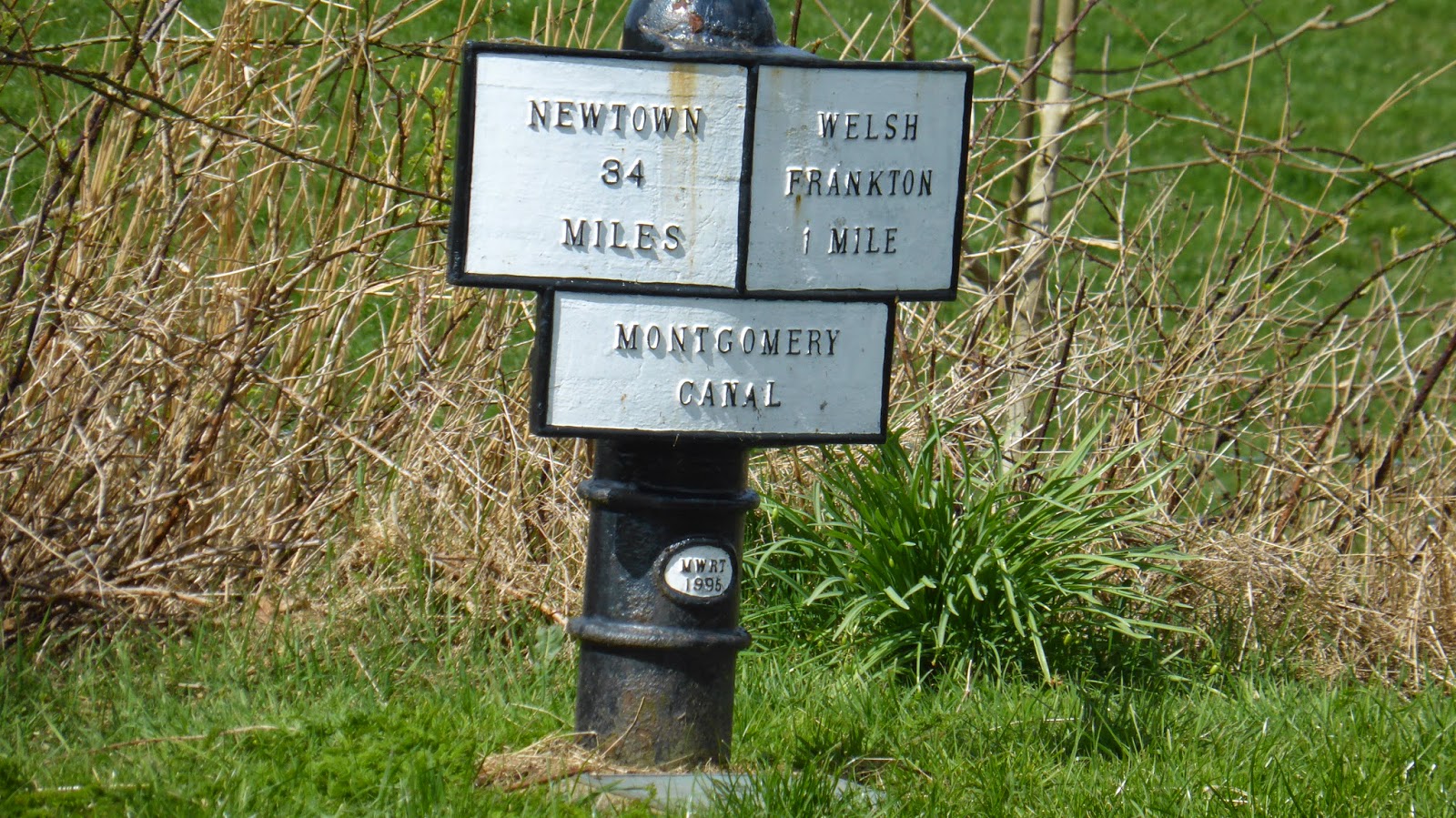 The open stretches of empty water quickly relieve any remaining stress as the absolute isolation becomes apparent. Long straight stretches of water devoid of boats becomes a welcome relief from the frantic mass of boats at Llangollen.  I can quite see why boaters "hide up" in this canal. The isolationism of it is quite appealing 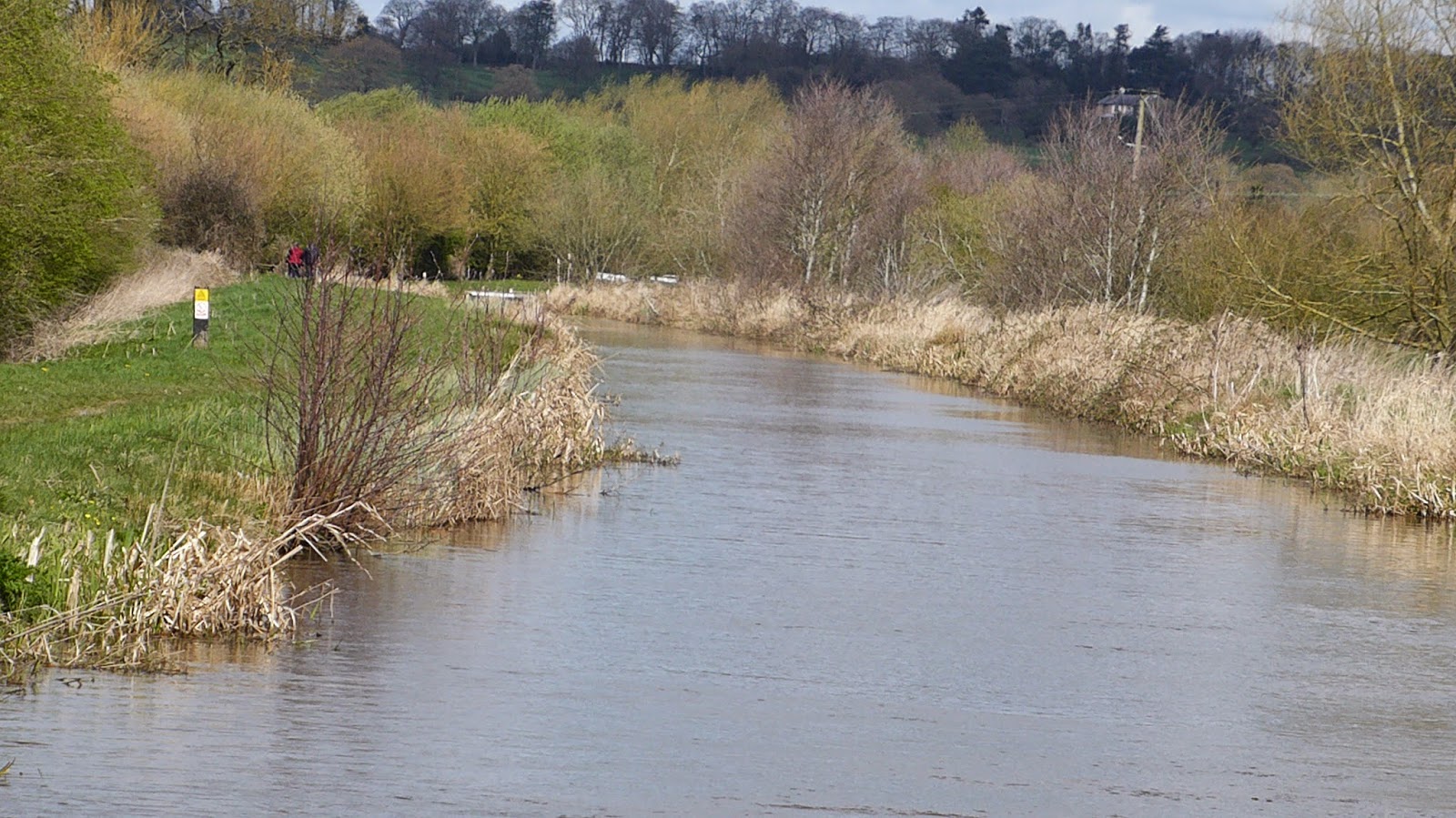 The reason the restoration is taking so long is in abundance everywhere one looks. The scenery around the canal is amazing and is full of suitable wildlife habitats, is so remote its no wonder many rare breeds have taken residence here.  We have seen birds we have never seen before so our bird book is well leafed through and we are now having fun listening to them calling out.  We're even beginning to recognise the sounds and matching the breed.  I never thought I'd be doing that one day. 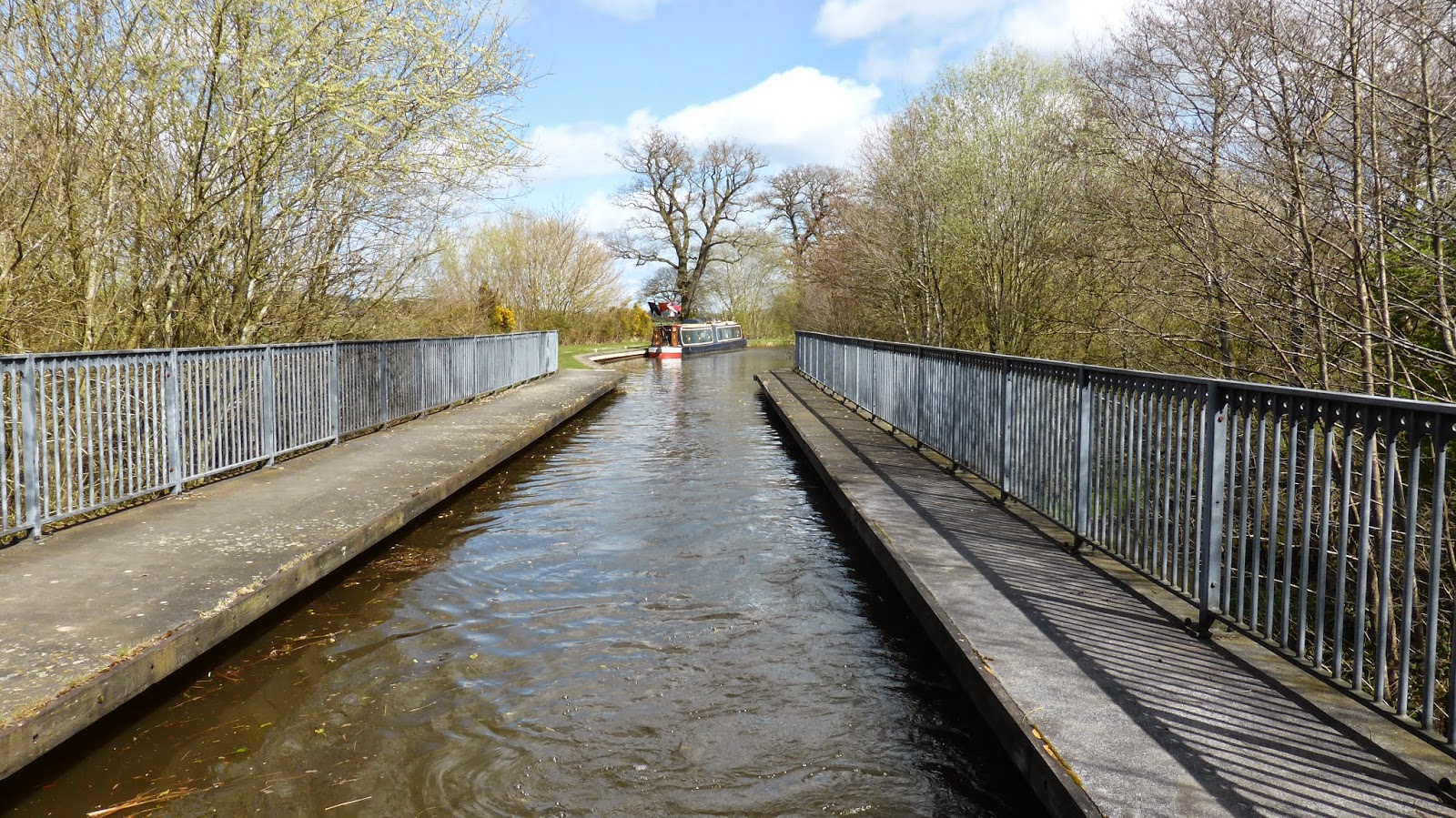 We crossed the newly constructed aqueduct that crosses the river Perry. In 1936 Pearsons tells us that a breach occurred here and the LMS owners decided not to repair it stranding the last carrier, George Beck, in the process.

A good breeze was now beginning to pick up so this boater was making the most of it. Bet it dried in no time. 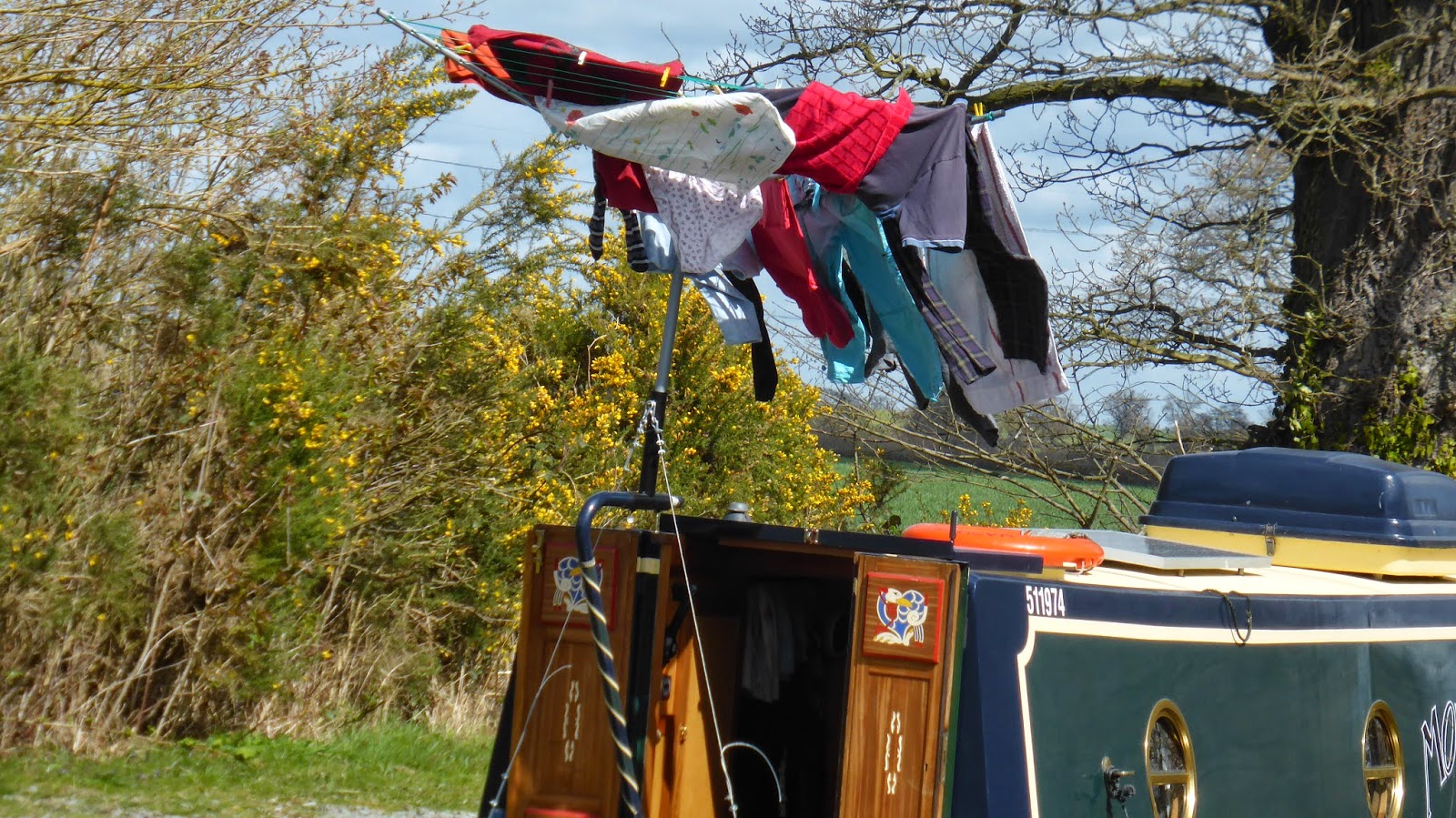 And that was it. The only other boat we saw. As this picture shows nothing and, I mean nothing was moving on the cut. Utter bliss. 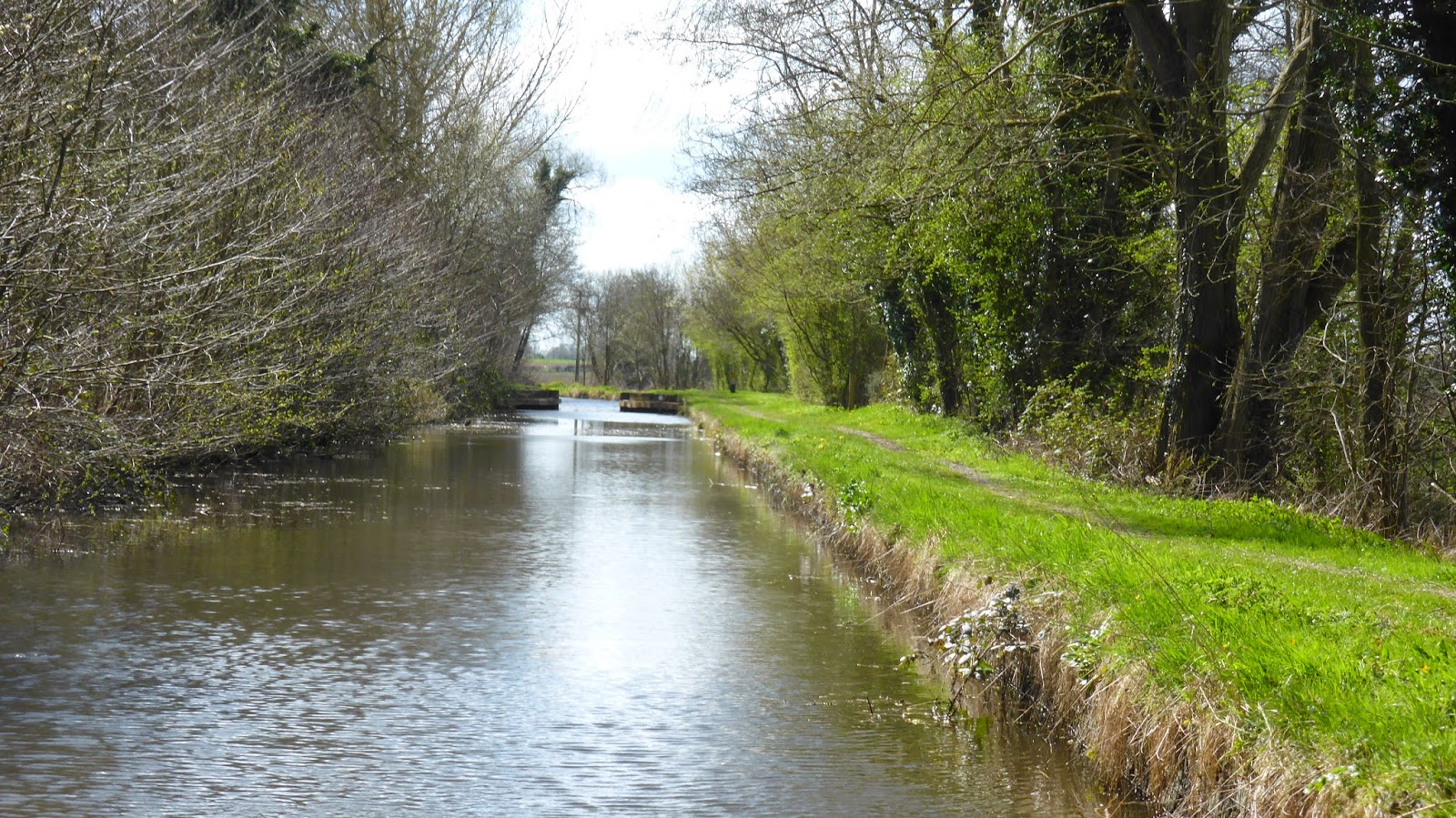 At the end of the above stretch a stop plank narrows signals the next stretch but beware. So many boats have been hitting the ramparts and plank supports of this narrows that C&RT have been force to erect large wooden buffers along the walls. This has slightly reduced the opening so great care is needed when passing through to avoid the large bolt heads drawing graffiti along the boat sides.

After passing under bridge 73 we come across Heath Houses and former packet terminal. This quaint building looks quite pretty, so much so we forgot the camera. We’ll get a photo on our return.

Finally after bridge 75 and just past a winding hole we came to The Queens Head pub at Queens Head (yes the village has the same name as the pub or is it visa versa). As we pulled in to the moorings here a familiar face appeared in the form of Gary and there was nb Muleless ahead. Gary helped us tie up and was joined by Della. Both joined us on board for a drink. We spent a good couple of hours catching up and comparing how our boats were performing, then we reconvened in the Queens Head for a meal in the evening where the usual subjects were discussed. A great night was had and it was gone 11:30 before we returned to or respective boats.

The forecast for tomorrow is for strong winds and rain. We had planned to move down to the Navigation Inn tomorrow but we’ll have to see how the wind is in the morning. 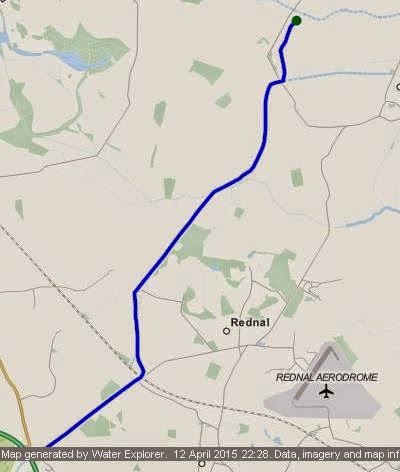