Today was to be a round Robin trip.  We only had the short run to Maesbury to do.  As we are booked on the Frankton flight tomorrow we decided only to stay at Maesbury for lunch and head back to queen's Head for the night.

Not needing to be back in a hurry we left departure until 10am and slowly cruised on tick over to the Aston locks.  One boat had passed us early and so as expected all the three Ashton locks were in our favour.

We cautiously approached the Navigation in planing to stop there after we winded.  There were plenty of 48 hour moorings vacant so there was no need to stop right then.


It was a bit tight getting under bridge 79 so the coolie hat on the chimney missed by mere millimetres.  Just after the bridge on the right are some new sanitary services and a water point.  We took the opportunity emptying what needed emptying and topped up with water.  These facilities are really nice and clean as well as beautifully maintained.  The only down side is there is no rubbish disposal here.

A few yards on past the Canal centre that does not open on Mondays is the lift bridge just before Gronwen Wharf.   This bridge was never on the canal in the old days but is new, copying the tried and tested style of others on the Llangollen 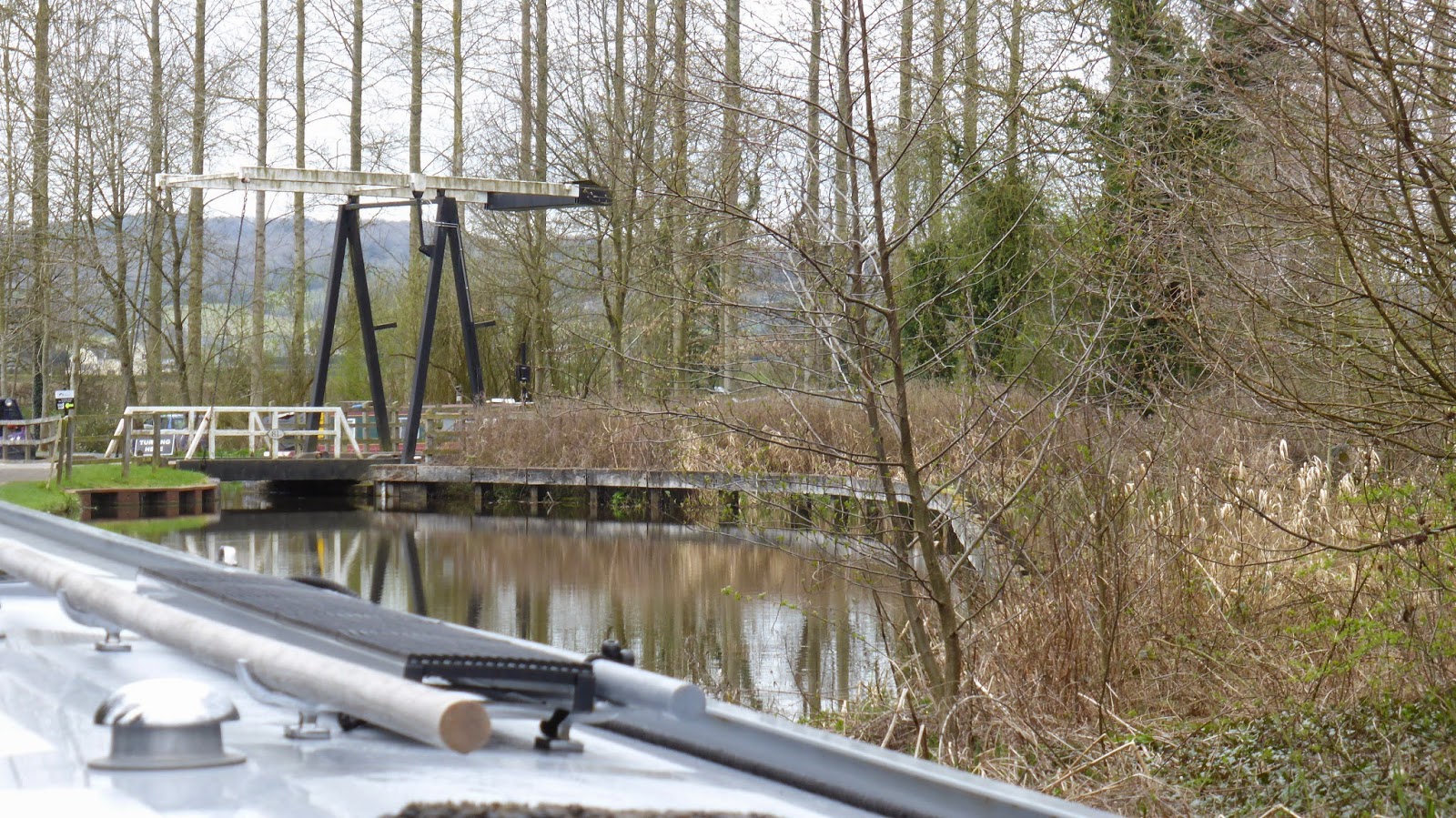 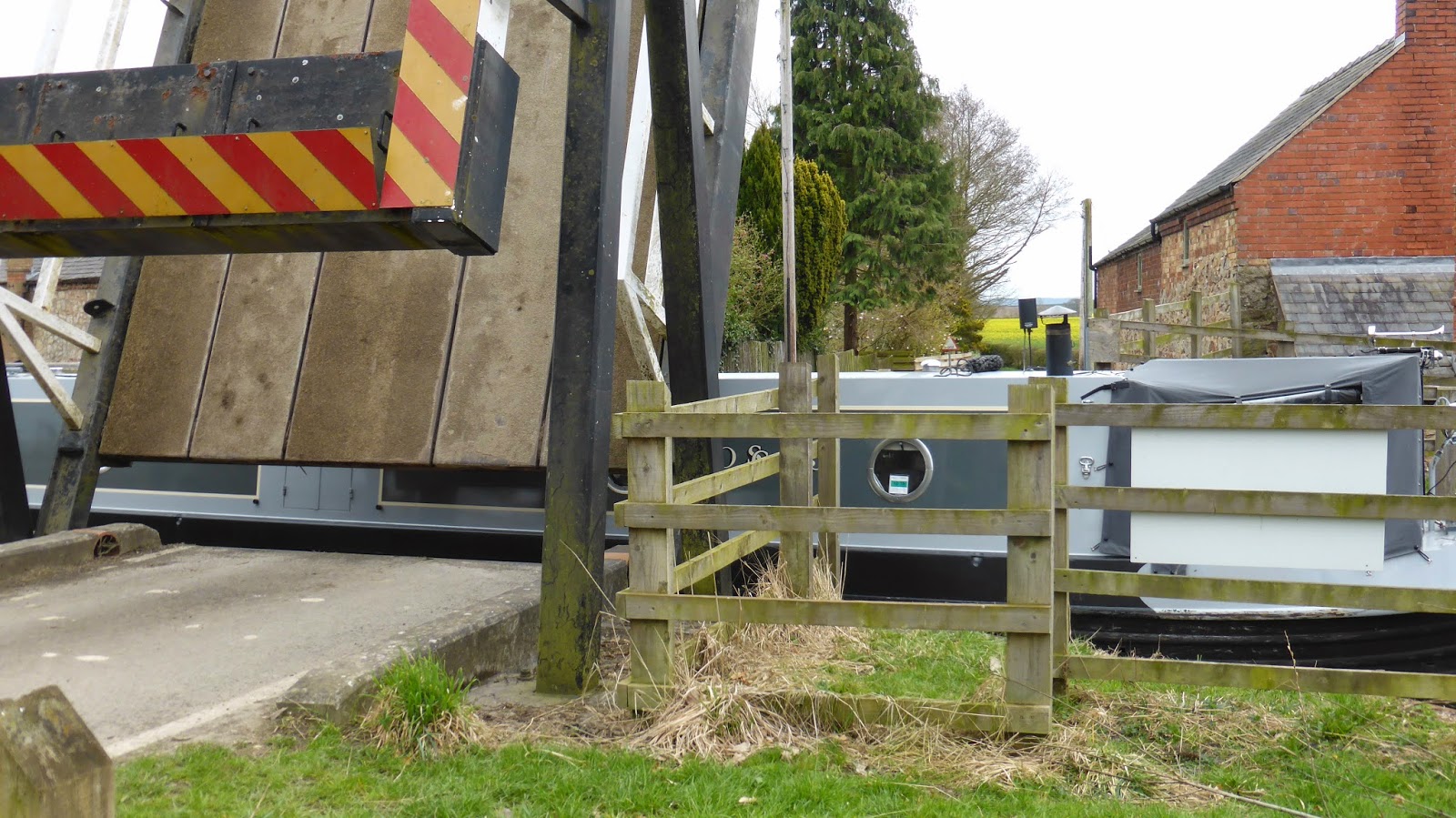 One cannot wind at the wharf as large signs make it clear not to do so, however, another sign does reassure the boater the actual winding hole is not far away


Gronwen winding hole marks the end of the navigable section of this end of the canal however a short section through nearby bridge 82 is in water so the unaware could find themselves reversing back as no signs indicate the end of navigation here that I could see.  At the winding hole a private wharf is visible with no mooring here signs.  The owner and his dogs were keeping a very watchful eye on me as I winded.

We then retraced our route back to the Navigation Inn where we stopped for lunch aboard as the pub was closed as well.  I guess Monday's are not a good day to do this stretch then.

Finally we made way back to Ashton locks.  In the first lock we met a delightful group of walkers who we keen to learn about the locks and our life on AmyJo.  So much was their interest we sat in the lock for all of 30 minutes talking and answering questions.  We eventually managed to bade them fair well and carried on.

The pound between Locks 1 and 2 is quite peaceful and has good armco so we decided to moor here for the night with nb Armadillo as company.   Chris so enjoyed her meal in the Queens Head the other night we are returning there tonight.  Its only a short walk up the cut and it will enable us to walk off the meal when we return.  It doesn't take much for a girl to accept an offer of a meal out :-)

Tomorrow we rejoin the motorway that is the Llangollen canal for our return home. 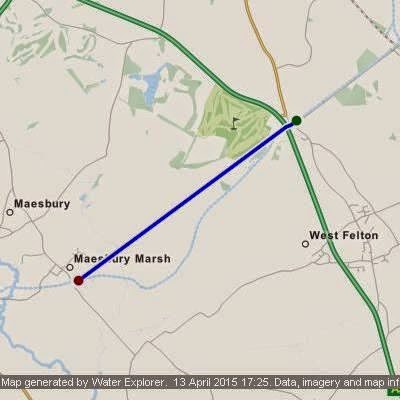 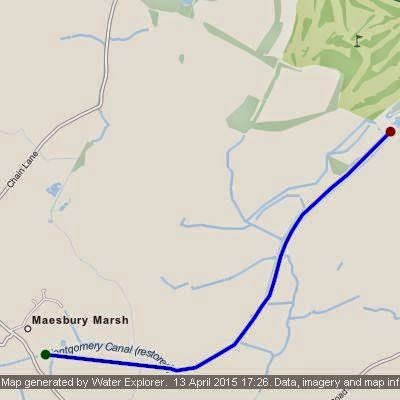