Back to earth with a bump

Well it's been over a week since we said goodbye to the Leeds Liverpool canal now and it feels a million years away.  I am back at work and it's like living in an alternate universe.  I went on holiday leaving Shell Stanlow refinery behind and returned to the same spot but now it's the Essar Stanlow Refinery.  Yes Essar took over whilst I was away.  The place and most of the people are the same but the Shell pectin is gone and all new Essar Oil signs are in their place.  Deep down I have to admit I'm glad to see it that way too. 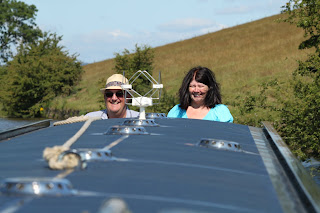 So what did we think of the canal in general?  The part of the Leeds Liverpool we saw is like a gentle Jekyll and Hyde.  The country sections are beautiful and romantic whilst the towns imposing and industrial.  That said I would argue the LL is one very interesting canal and well worth putting on your places to visit list (though max boat length is 62feet due to lock sizes).

We only travelled just over half it's length between Silsten to the east of Skipton to Wigan top lock in the West (some 32 miles).  This includes the summit section on the canal at a height of 487meters above sea level.  It may not sound much but the views of the dales and valleys at this height are a joy to behold.  Elevated sections in the rural parts are a delight ( a must for artists and photographers) and gives the traveller a strange feeling the canal is going up or down hill as you scan the route ahead.  Canal bridges do appear lower in the distance and this only adds to the pleasure of the trip.  Being one of the oldest canals the LL is a conture canal so twists and turns, rather suddenly at times at that.  I mean tight bends too.  At times we had to almost wind the boat to get round them so please do read the Pearson's carefully when under way.   In some stretches you can travel a full day and still see where you started off a few miles away as the crow flies. 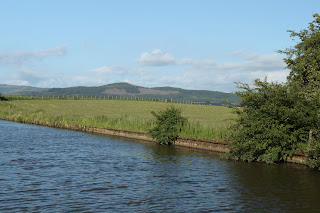 Locks are few on this stretch, but were there are locks they are grouped 6 to 7 in a short distance.  All are reasonably maintained and are wide enough to take two narrow or one wide beam boat.  Be aware though some gates leak badly and so be prepared to get wet.  In some, close windows as little jets of water cascade out of the lock walls when descending as Chris's mum, Mary, found out after getting a shower whilst sitting in the saloon during the descent of one lock.  She was more annoyed her Daily Express crossword got wet than the fact she got wet herself. 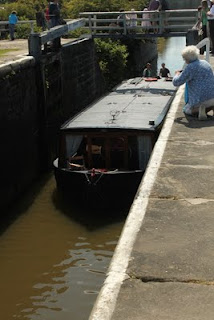 As one travels through the smaller towns one is greeted with Coronation street styled housing with sloping roofs in row upon row as they line the hills.  One can be forgiven for being a little disappointed that the Hovis lad does not come wobbling down the hill on his bike as in the old advert. 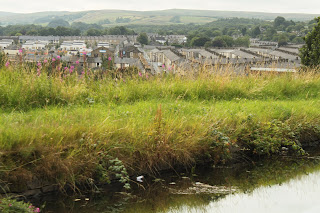 In stark contrast the larger towns of Burnley and Blackburn, whilst not as picturesque, do encapsulate the traveller in a time warp of the industrial revolution, and give an indication why Britain became such a rich and powerful nation, sadly many for the canal side mills are now idle and most derelict but none the less one can still enjoy the impressive architecture and wonder at the work done within.  There are even signs that some mills are being restored into working order thanks to Lottery and National trust funding.  Should be well worth a visit when they do eventually re-open. 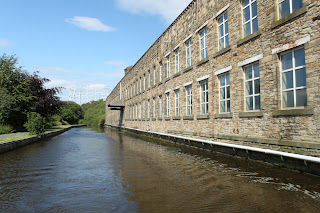 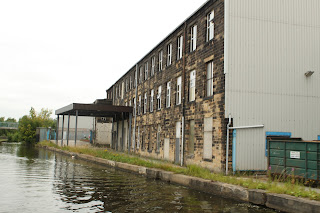 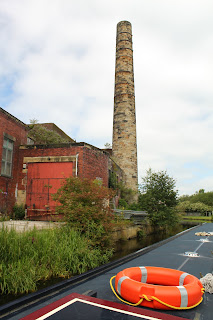 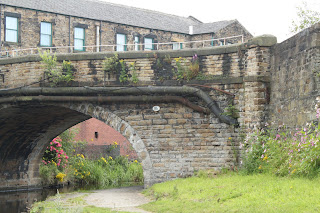 We have to say Chris and I thoroughly enjoyed the Leeds Liverpool and we are glad we took the opportunity to do it even if we can never take AmyJo there.