We woke this morning to the sound of rain on the cabin roof as expected and looking outside the weather look dull indeed.  We knew rain would feature today as we (I that is) like to follow the weather forecasts.

We nearly decided to stay put but cold and rain does not put us off, besides the new canopy was paying for itself sheltering the open hatch area a treat.

We set off about 10am and luck was with us as all the ice had disappeared, thank god.  Not a soul was about and we never saw another boat until we pulled into Overwater Marina for water as a wash load was needed plus, after today, we would need showers too.  At £3 for just water we'll not be stopping in that marina for water again any time soon!  They know they are the only source between the lower lock and Nantwich.  What a rip off!

Once out of the marina we headed for Audlum locks a short distance on.  Our debate as to whether the winding hole would be big enough was soon answered as we found we could have turned the Titanic in it (Well a model off it anyway).  Pearsons had it as a 60 foot winding hole but 80 foot is more realistic.

Once winded we backed onto the lock landing and I took a recky up the flight.  Surprisingly the lower locks as far as the Shroppy Fly all looked in water and functional with one or two sporting new ladders.  Presumably the work is now taking place further up the flight.

We had planned to stop on the lock landing initially,but it was clear boats could still come down the flight from the visitors moorings below the Shropphy Fly so we roped AmyJo to a spot the other side of the winding hole then settled in for some lunch.

Once fed and watered we had a stroll up to the Shroppy Fly with a view to having a pint or three but it was shut so, the Bridge Inn just up the way a little got our money instead.  We'll try the Shroppy again tonight. 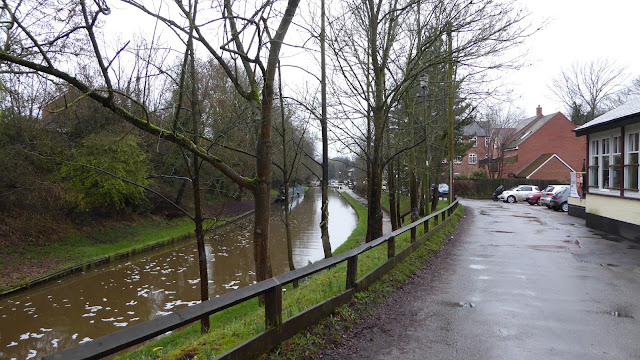 One has to wonder if C&RT's winter mooring policy is really working here in the North West.  We have passed several on our travels and even moored on them but all we have seen have not had any boats on them but visitor moorings are rammed with boats.  Am I missing something?  Perhaps the fees are putting boaters off? 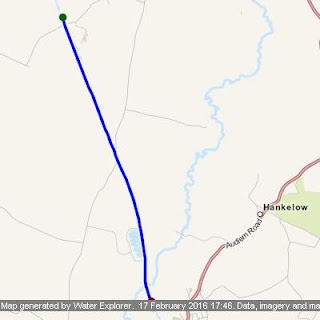