We could not blog last night as we were moored upstream of Fosse locks and had no signal what so ever, not even for the mobile phones....bliss! 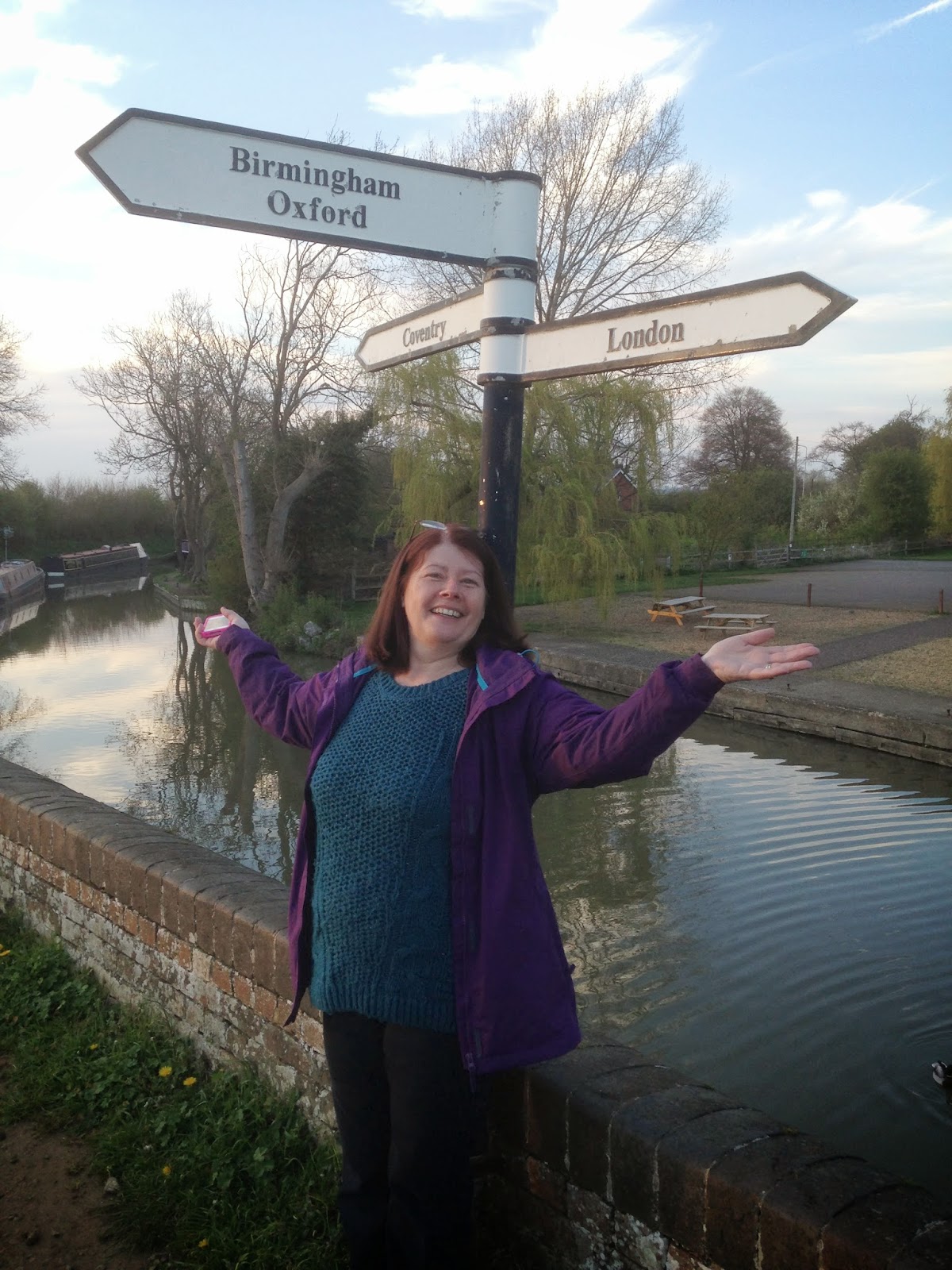 What did we decide in the end.  Well Adam suggested we turn left onto the Grand Union towards Oxford and so that's just what we did. But thats the Oxford canal I hear some of you say.  Well Adam explained in his comment

"By turning left you'll actually be carrying on on the GU -- because the bit between Braunston and Wigram's Turn is shared by the GU and the Oxford. One of my favourite canal facts concerns this section: boats going north on the GU are going one way, while boats going north on the Oxford are going the other way!" Thanks for that one Adam we do like those interesting facts so grateful to you.

Today was going to be our longest run and we knew there would be plenty of locks.  We were under way just after 8.30am which for us is good.

Just before Flecknoe Locks we came across What-a-Lark's swan with attitude and, like them he attacked AmyJo with vigour! 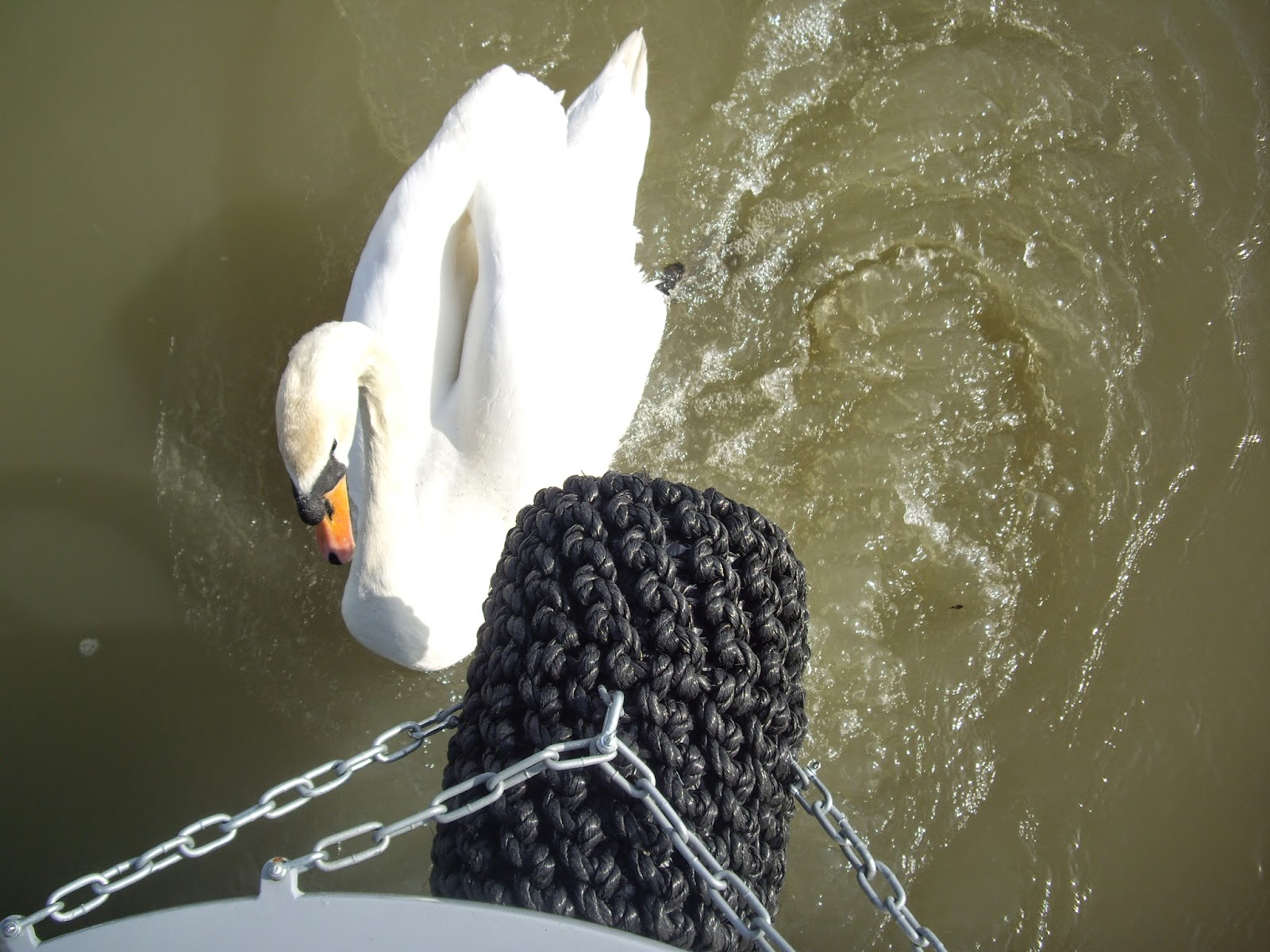 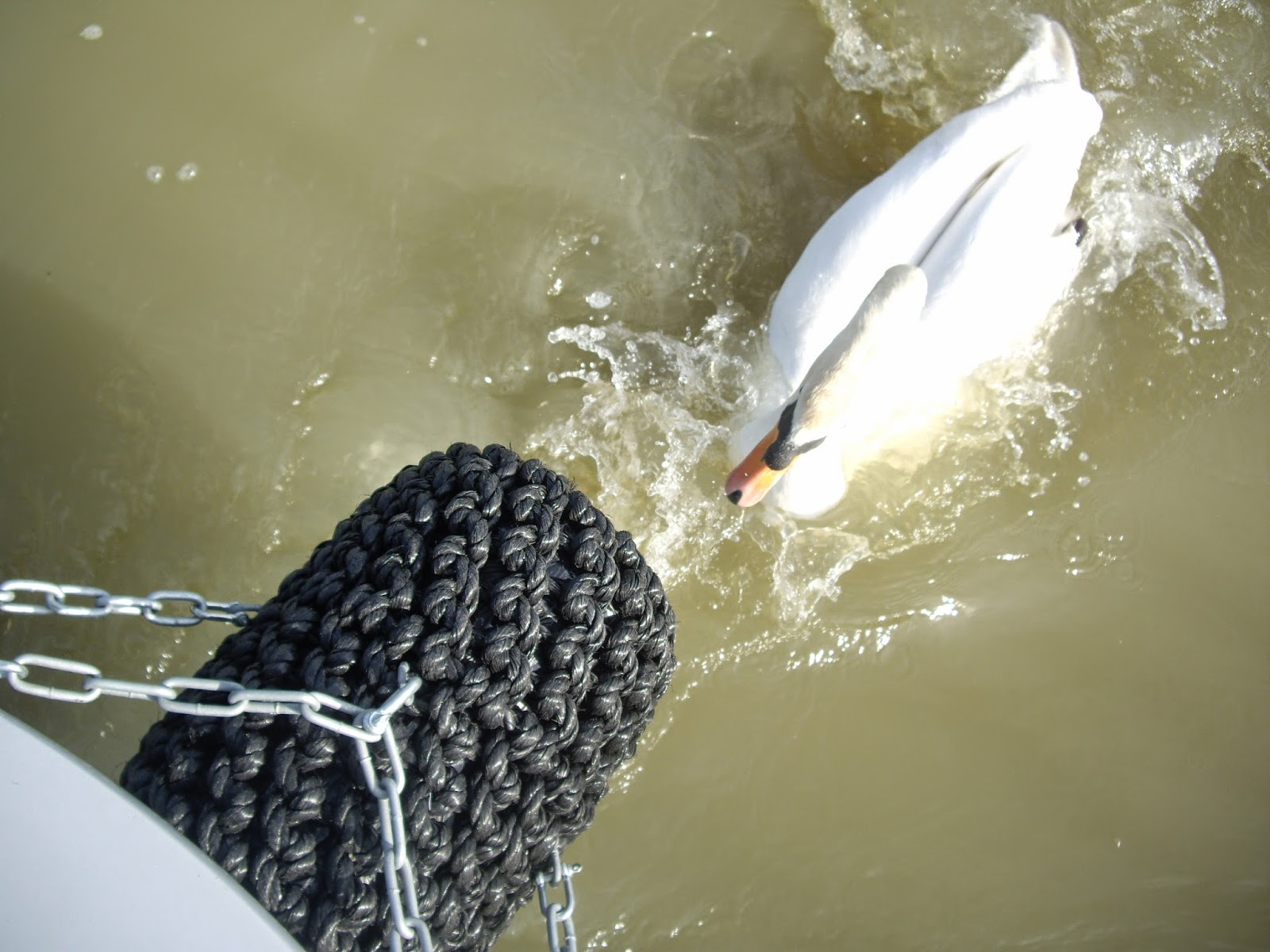 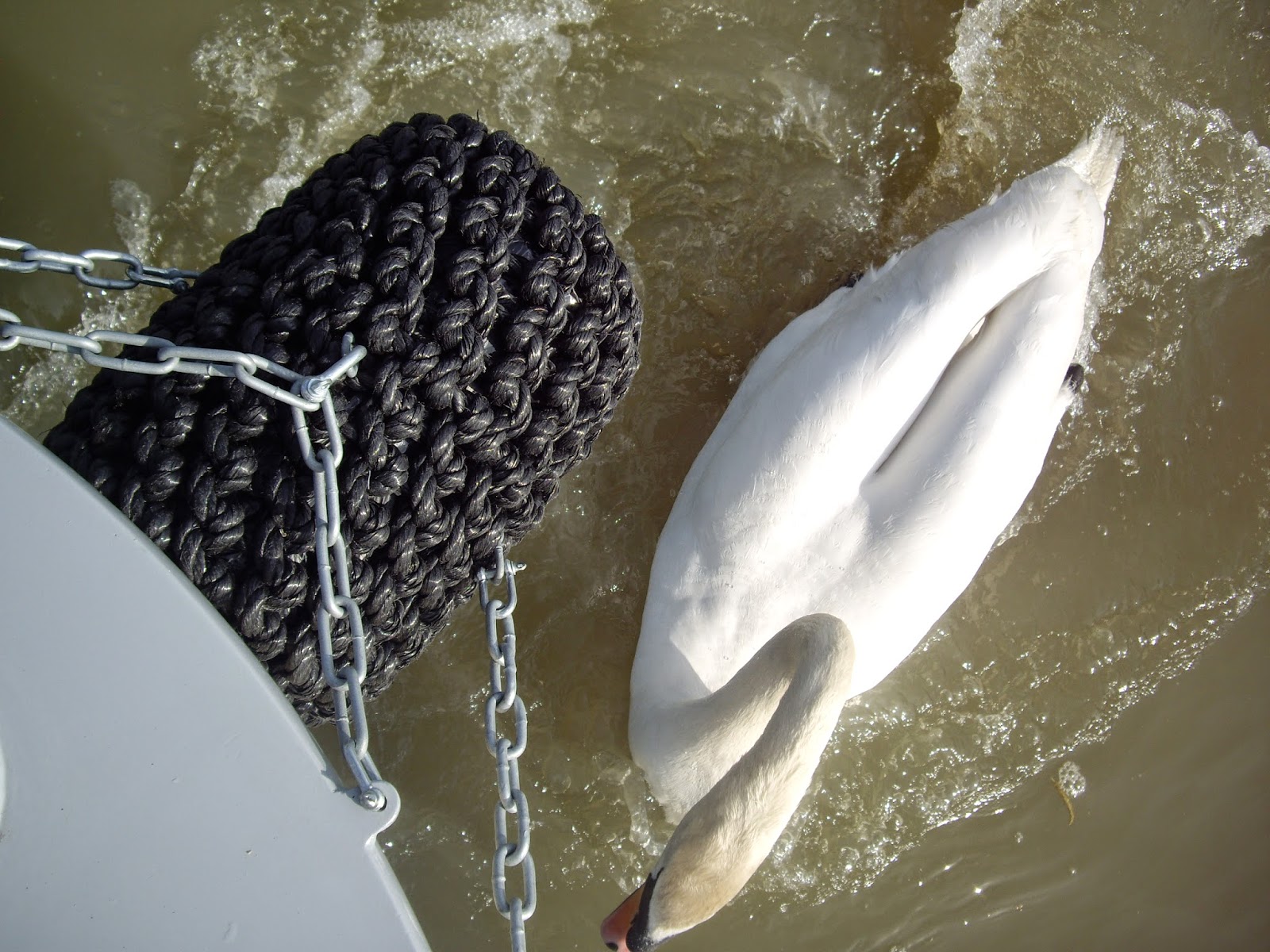 It was only when a hire boat came passed the other way that the swan decided they were tastier than us and left us for them.  If you are going this way please note there are no beware of the swan signs and he comes at you from nowhere!

The canal here is lovely and before we knew it decision time was on us again, straight on or turn right at Napton junction, Wigram's turn. 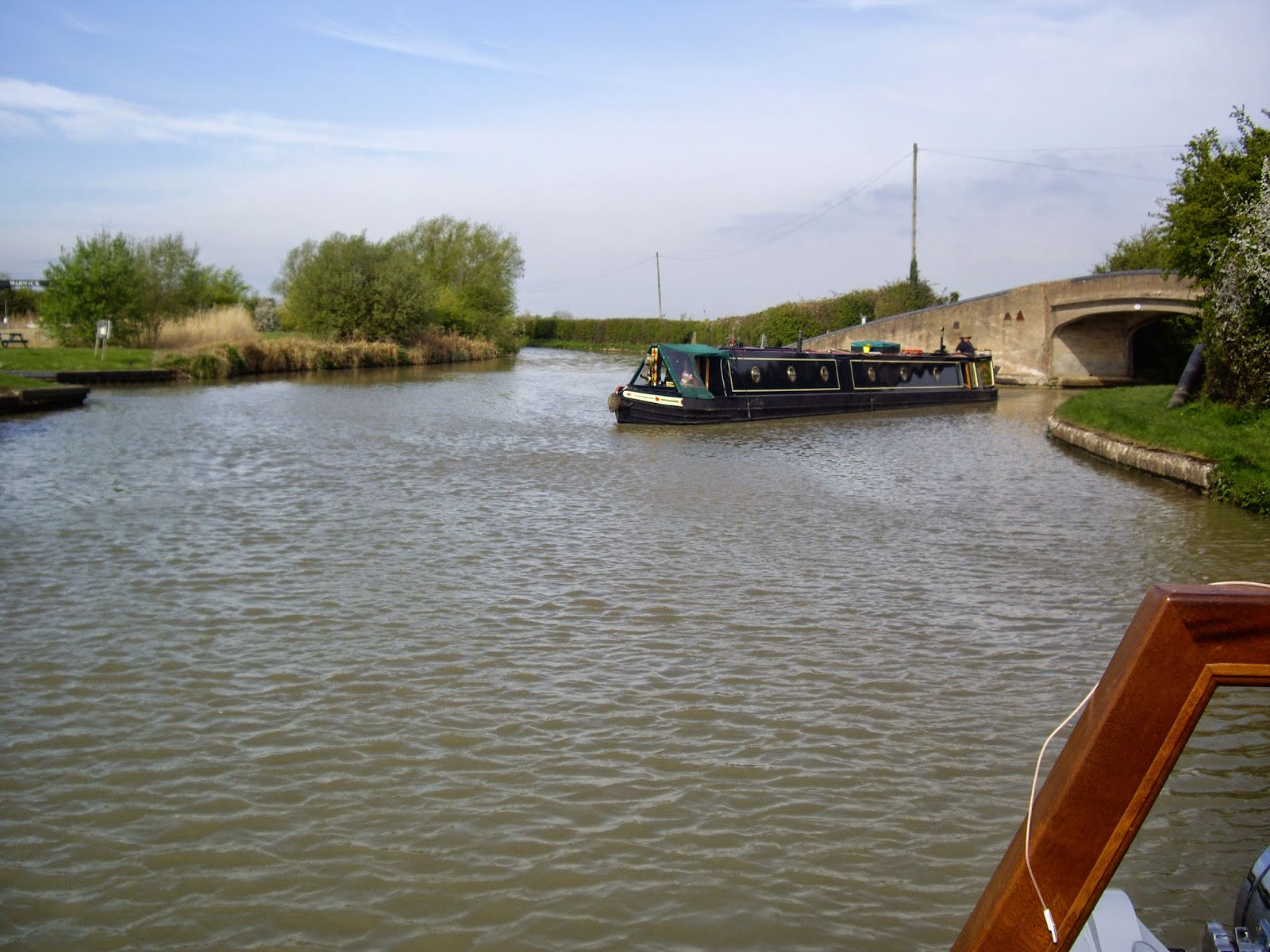 We thought, well it was left last time so this time we'll go right. We then locked up the three Calcutt locks and past Calcutt Marina home of Calcutt boats. 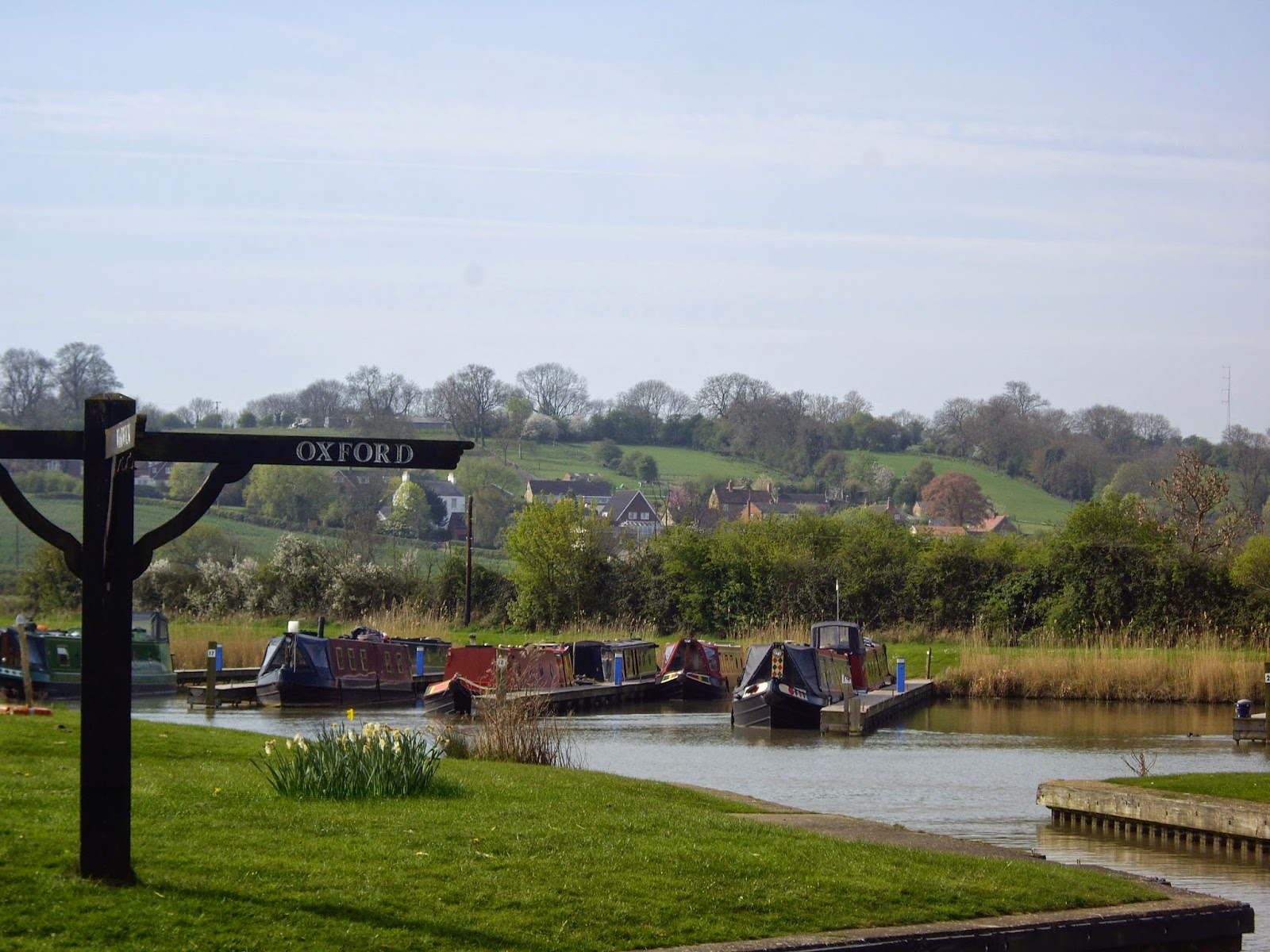 It was not long before we reached the 9  Stockton locks.  These are wide locks and Chris insisted on lock wheeling as we were going down them.  A decision she later regretted as after the 6th lock winding those fine threaded paddles she was beginning to feel it so we swapped roles for the last three so she could have a break. 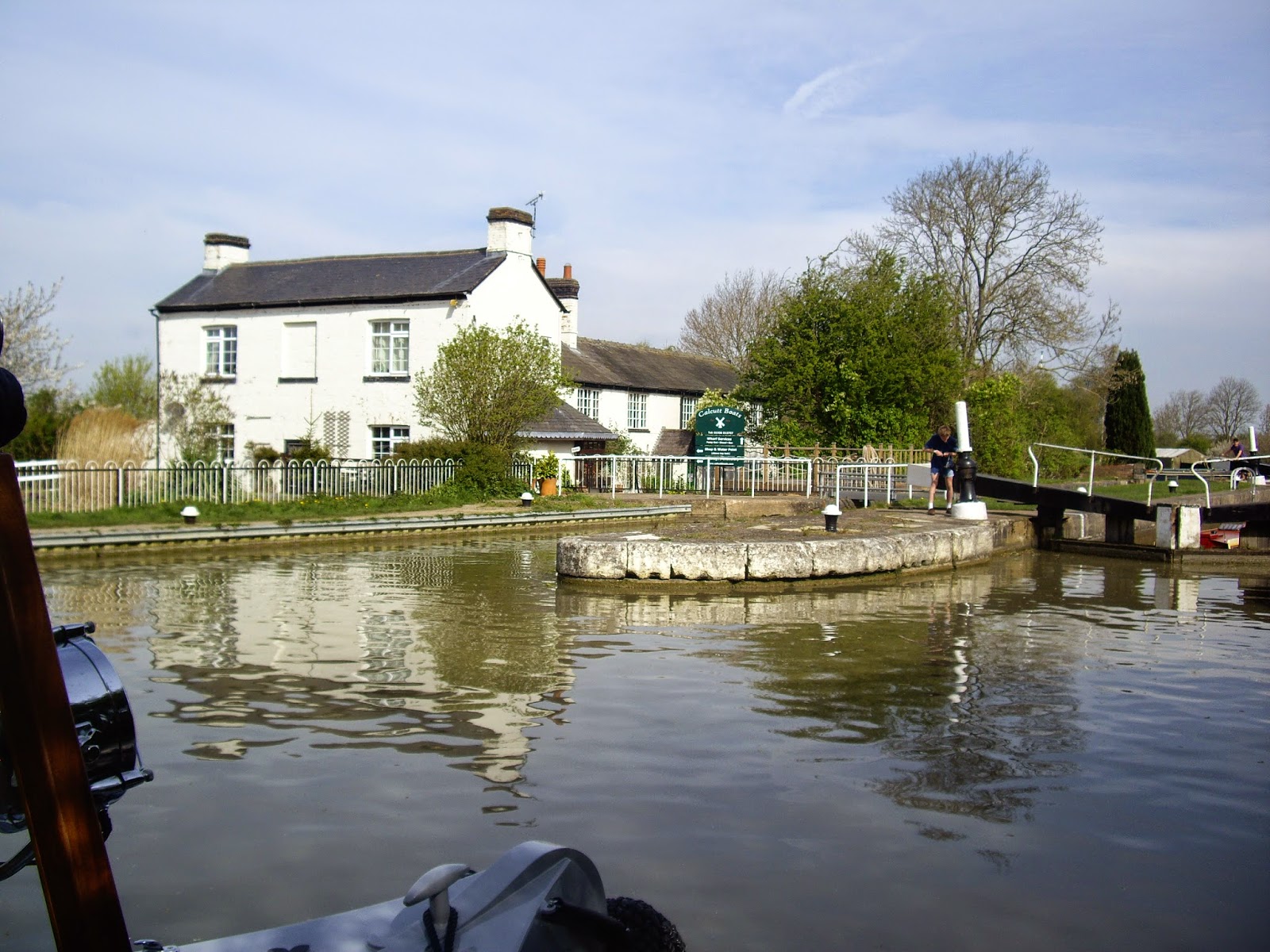 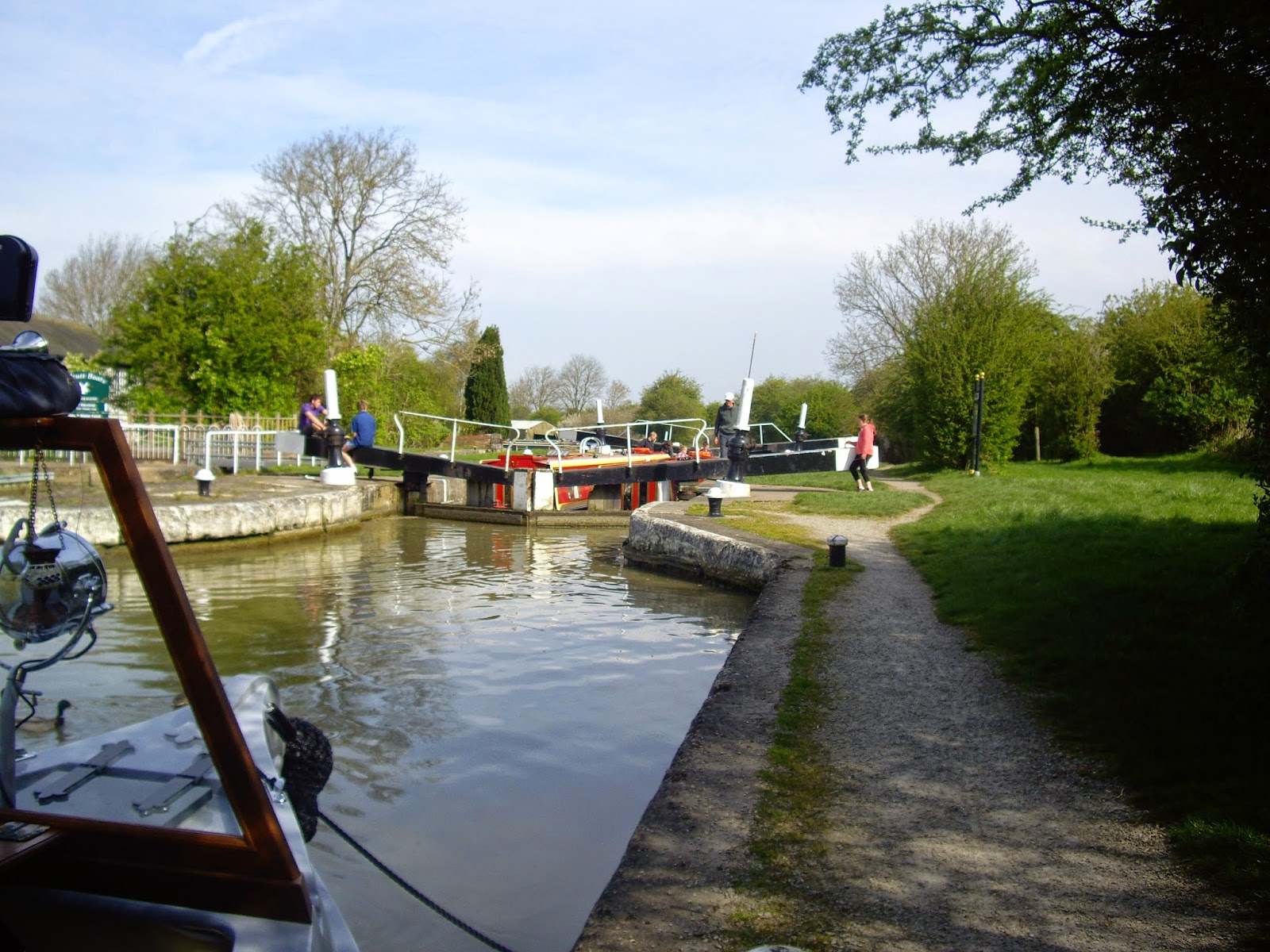 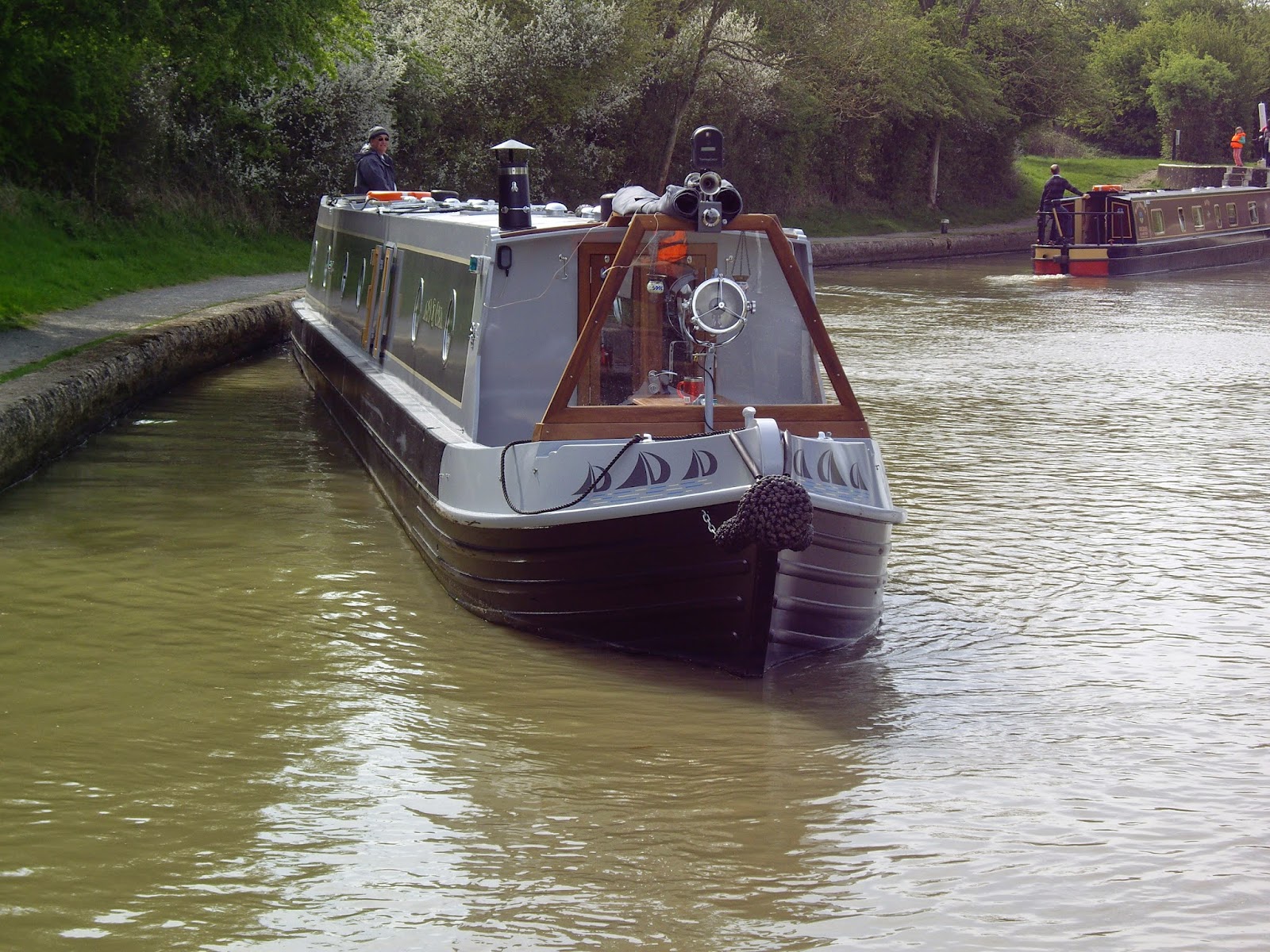 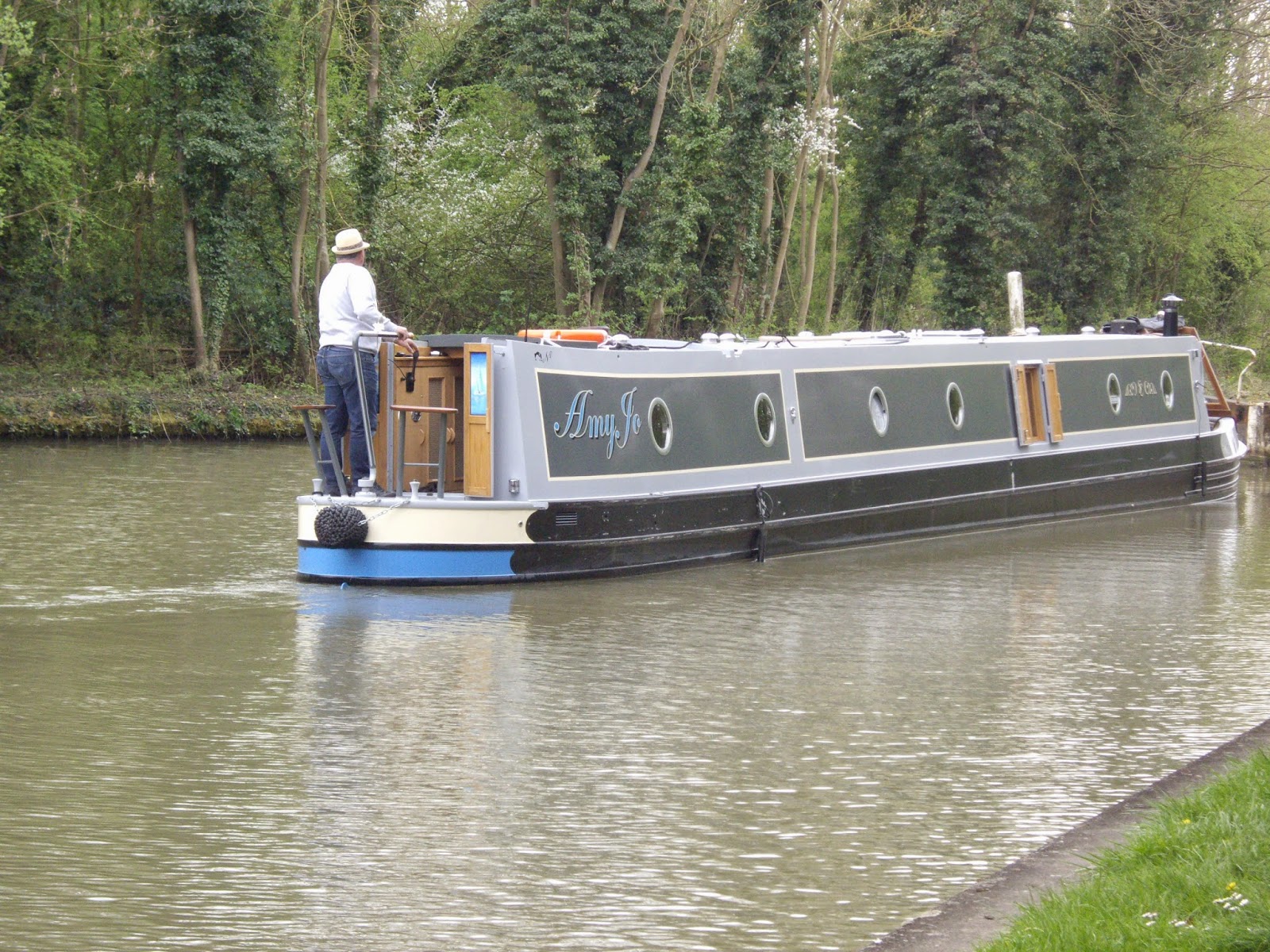 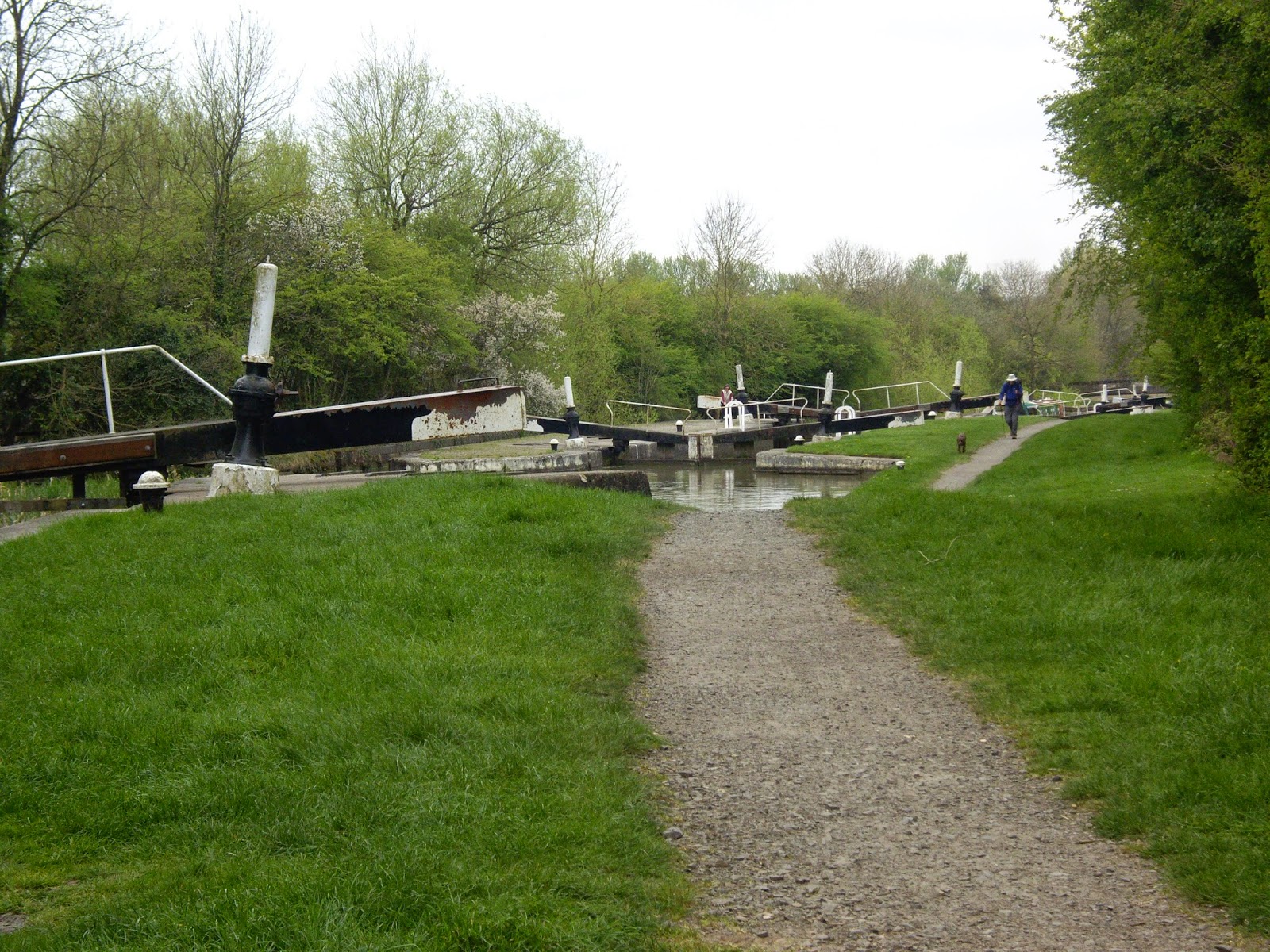 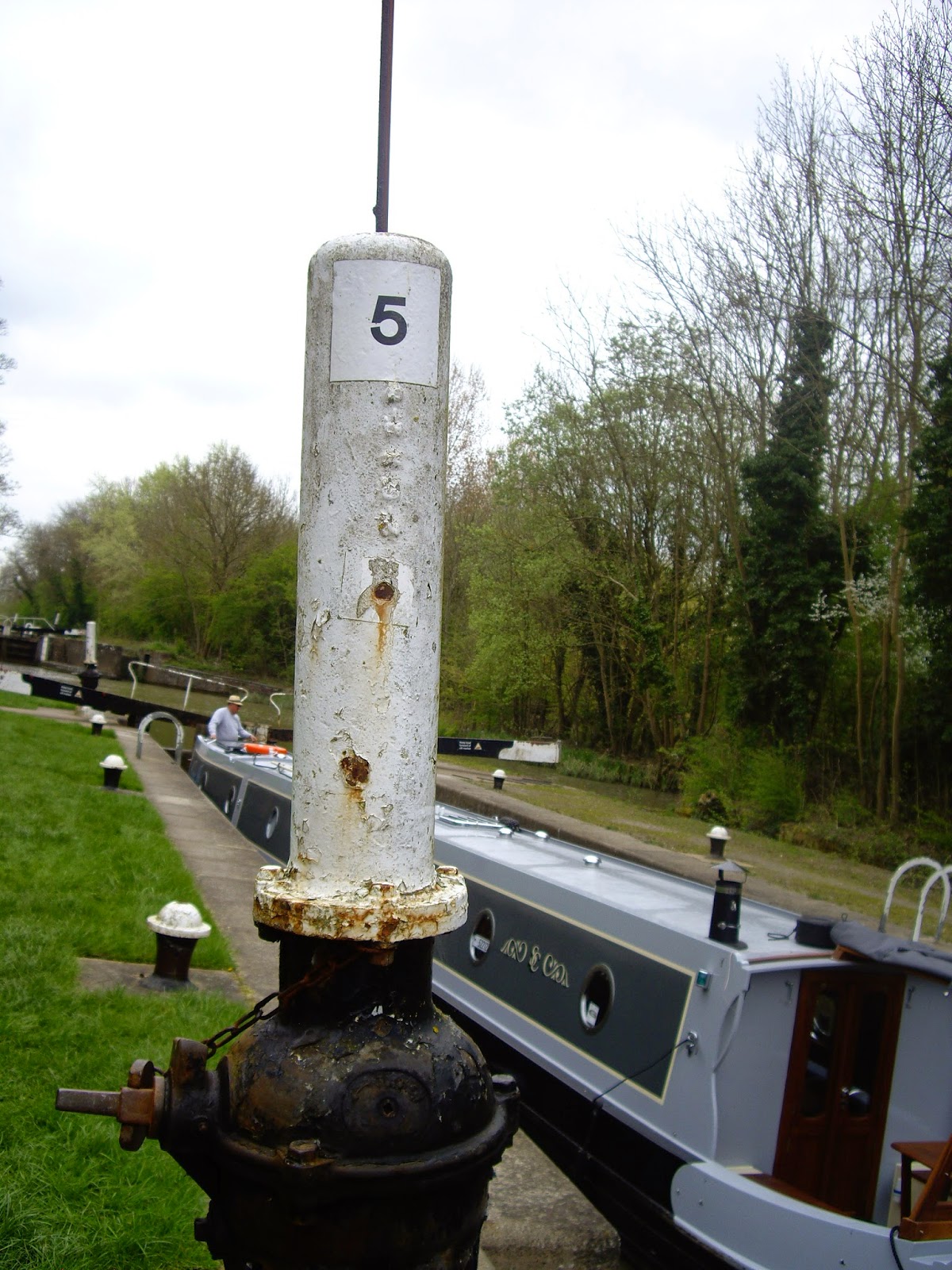 The gates and paddles on these locks are hard work so after the last one we came through a bridge to find the Blue Lias pub with a mooring empty right outside.  As Chris had earned her keep we stopped and I treated her to a lunch. We can recommend the food here, good value and plenty of it, though if you are doing lunch they stop serving at 2pm.  They keep a good beer too. 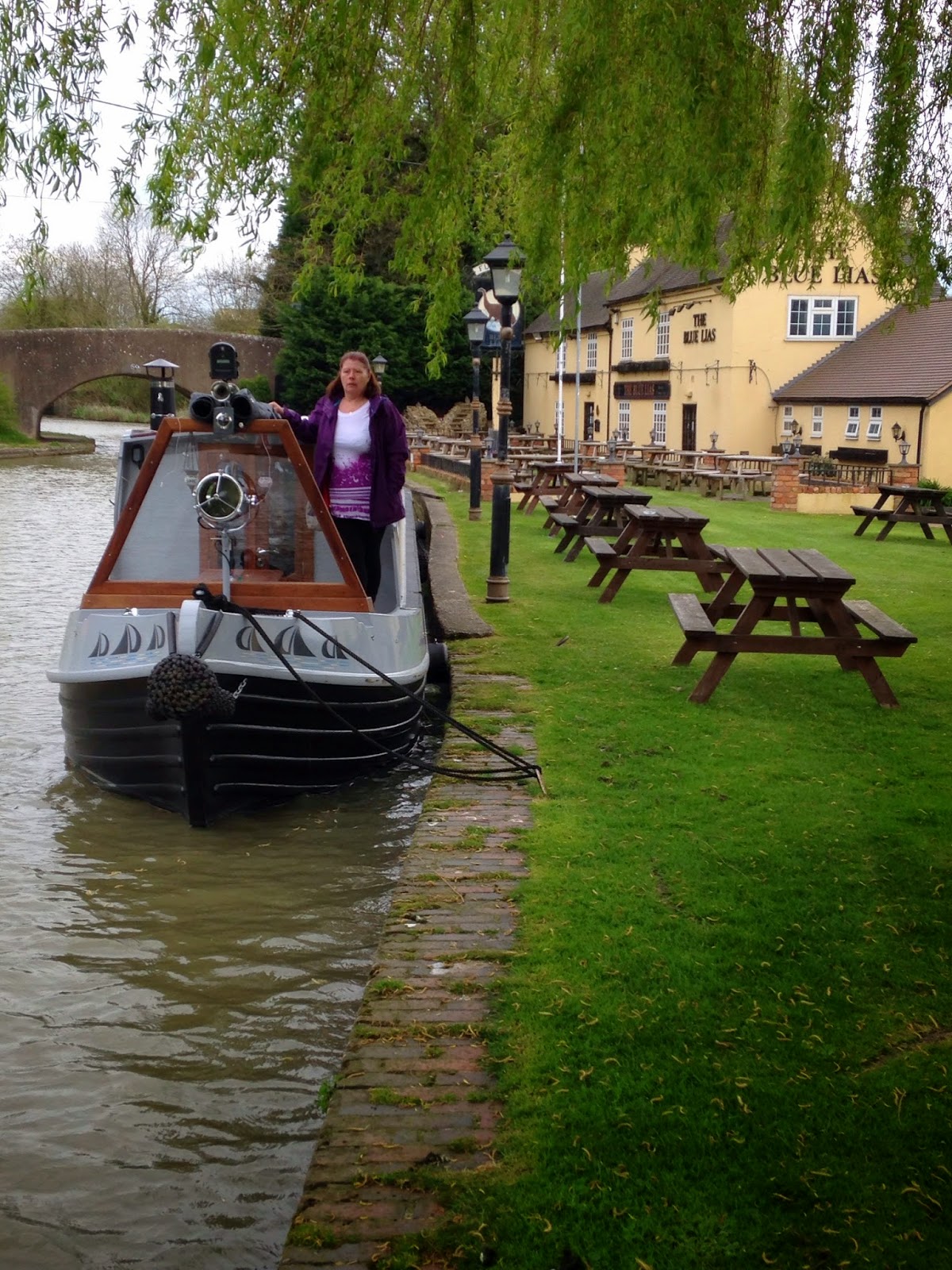 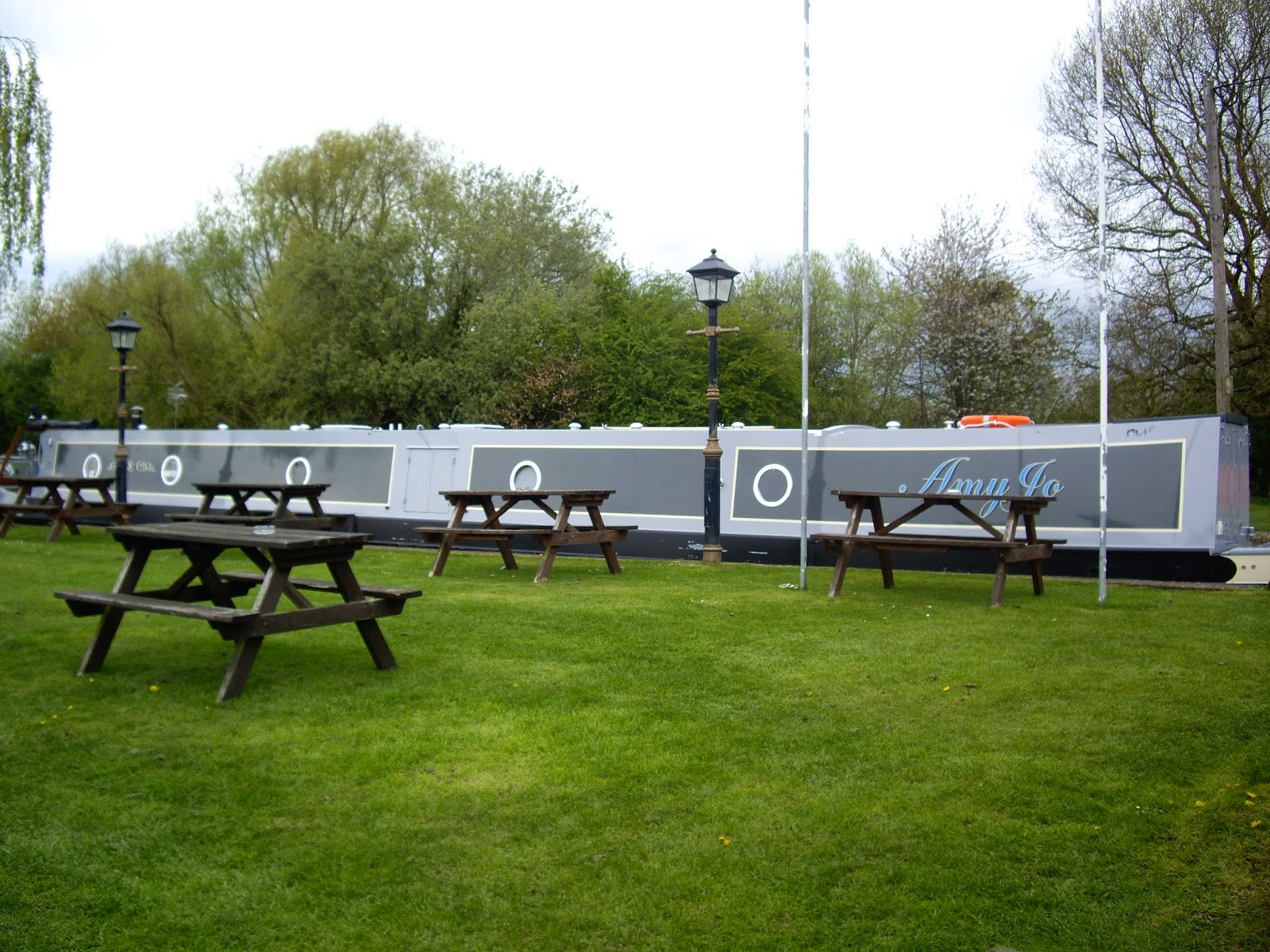 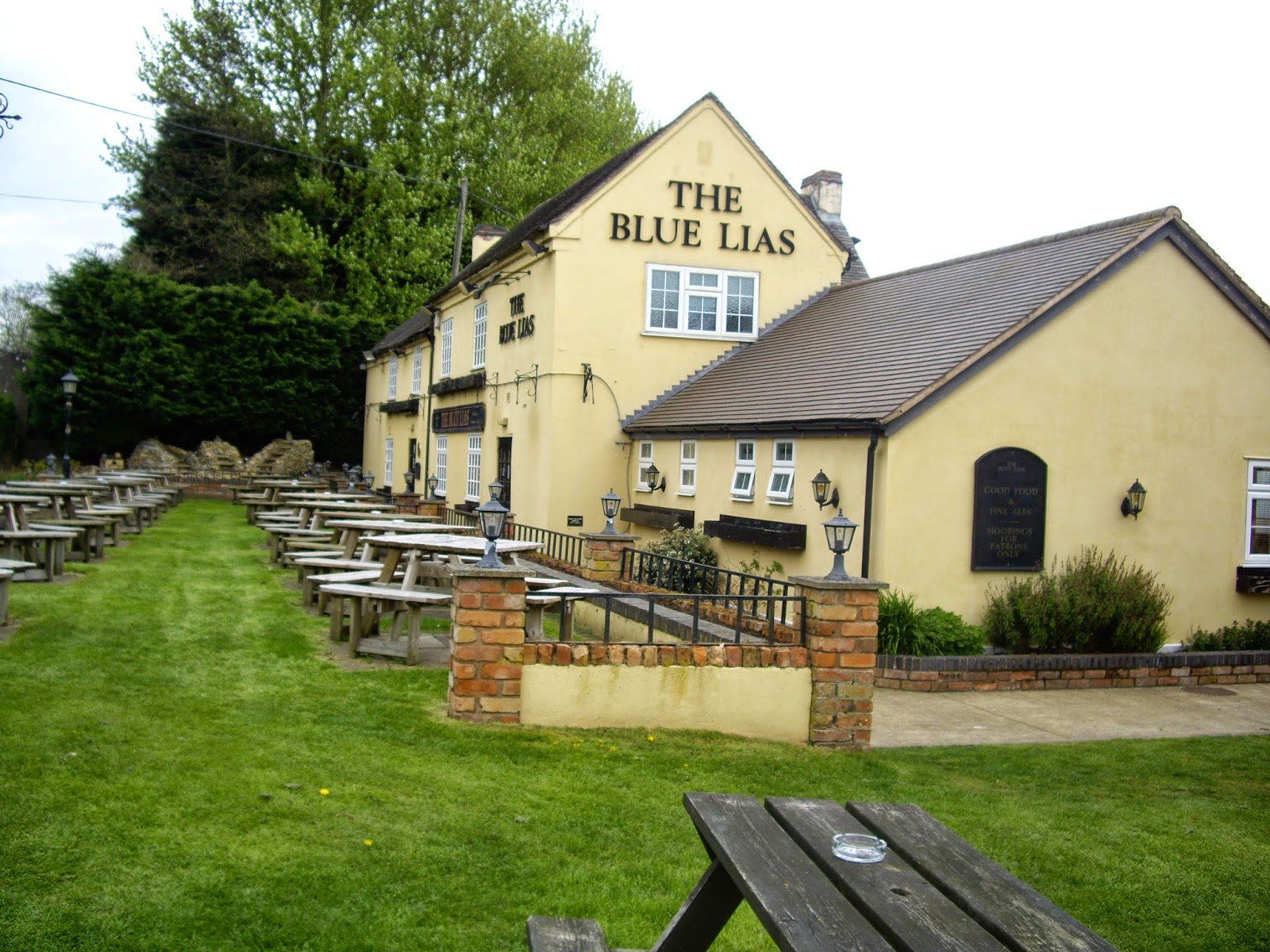 We then carried on down the Bascote locks and stopped for the night just below Wood Lock 19.  There was only us moored on this stretch and only one other boat in the distance so it was such a lovely spot.  So much so we forgot to take any pictures cos we were worn out and were in bed by 9pm.

Minor point: you'll have locked down the Calcutt locks, not up (sorry!) Have a great rest of trip. We'll be returning south along the Leicester Section on Monday (from Foxton) so we'll look out for you. We'll probably be at Crick on Monday evening.

Hi Halfie
Thanks for that you are right of course.
Hope the historic boat club gathering went OK we passed many of them at Watford Locks on Wednesday.
Hope to see you Monday