As Paul on Caxton would say this morning I was up at the sparrows fa… to a clear blue sky and not a breath of wind. Chris was sleeping soundly so I crept into the saloon and stoked the fire into life and put the kettle on. Today is day 1 one of our 6 day cruise and I wanted to make the most of it even if it was only 6.30am.

The weather look set fair and so once Chris was up and had her coffee we put AmyJo on the fuelling jetty for a pump out and by 9am left the marina. We turned left and crept past Oakfield though there was no sign of anyone about. 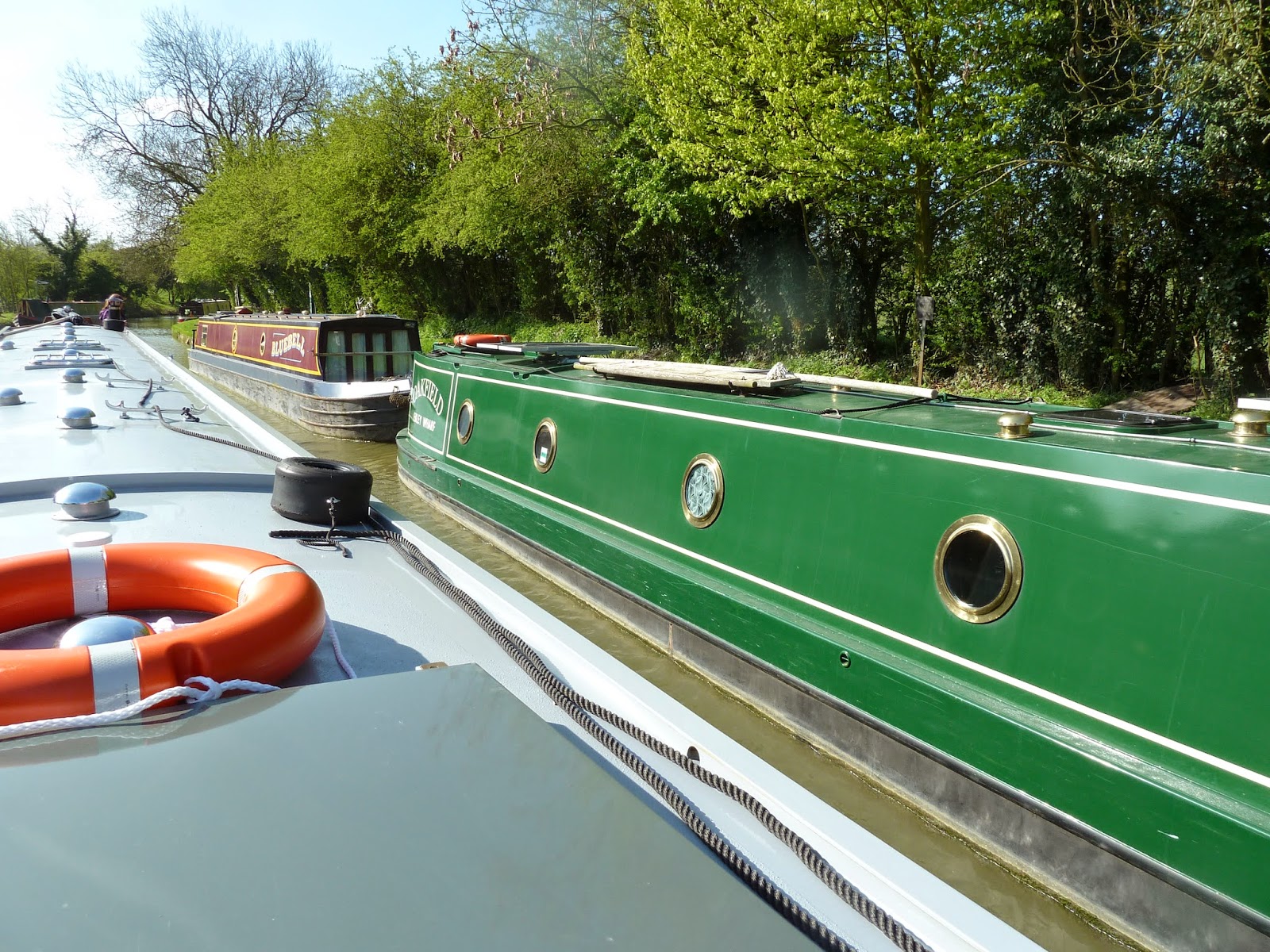 Then put our wet gear on for Crick tunnel. Just as well as it lived up to its wet reputation and we were soon getting a free shower. 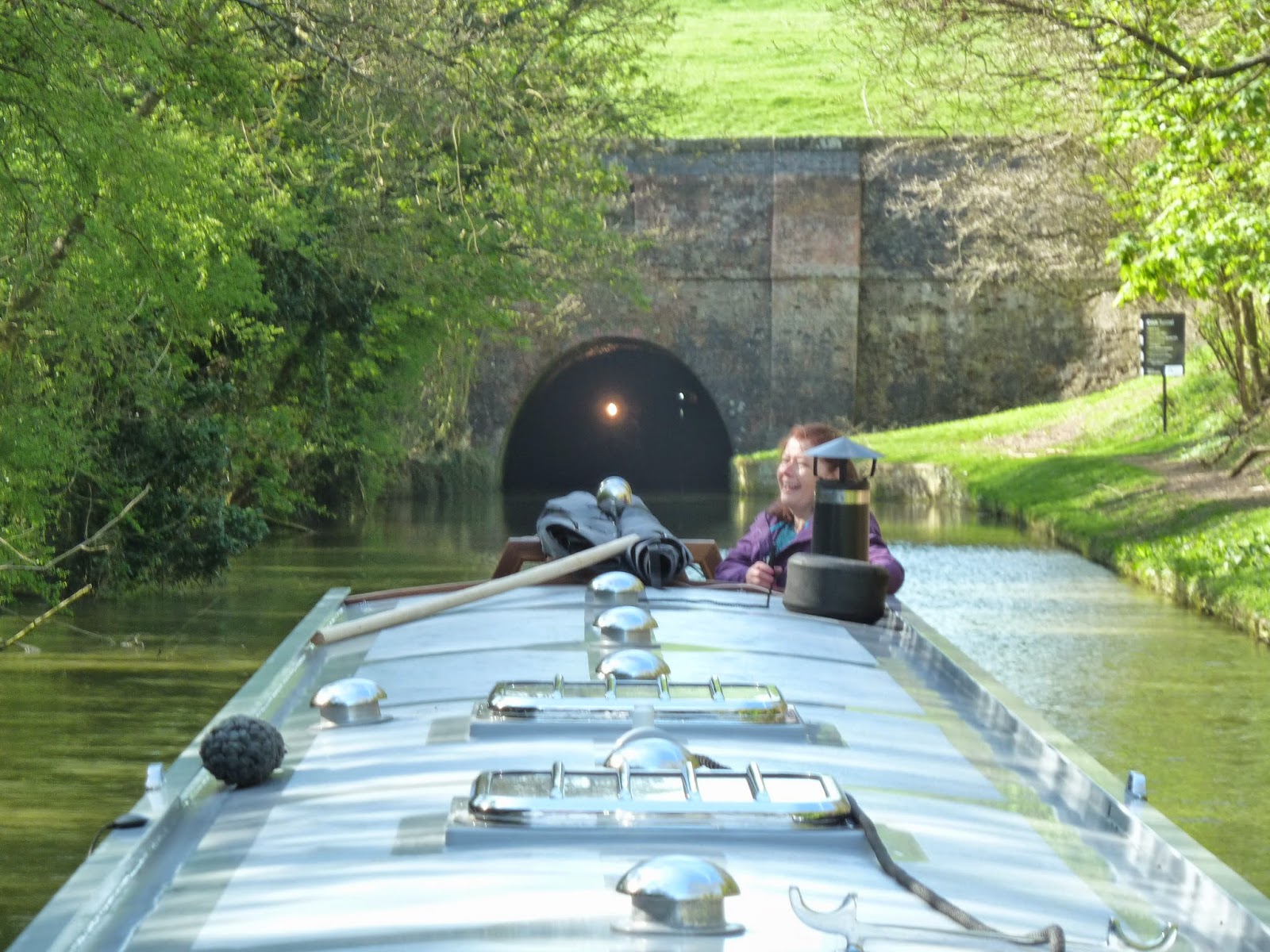 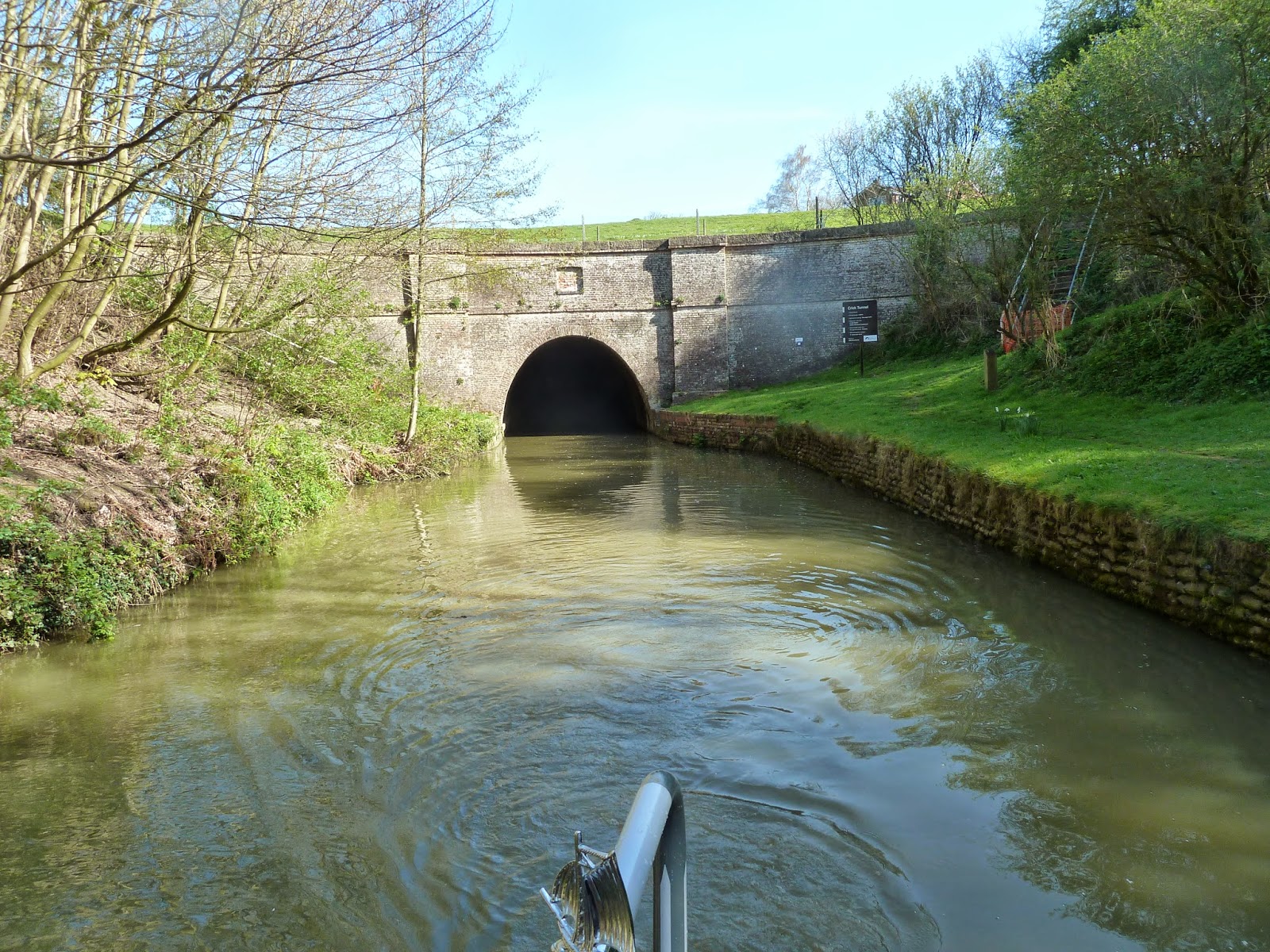 Once out in the sunshine we soon dried off and enjoyed the warmth of the morning going to the Watford locks where there was a queue of boats so we had to wait nearly 2 hours to descend to make way for the historic boats heading for Foxton for the weekend. 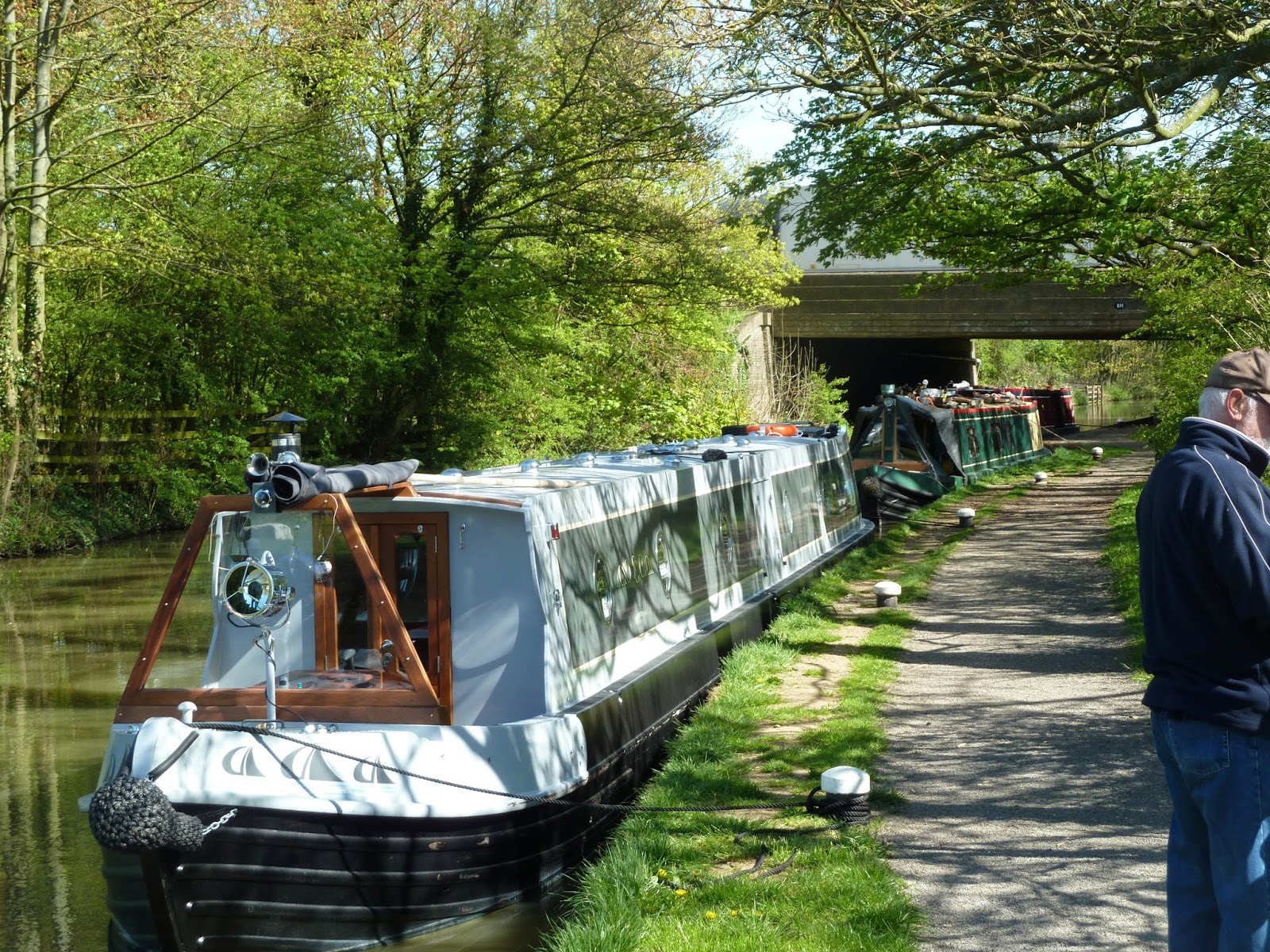 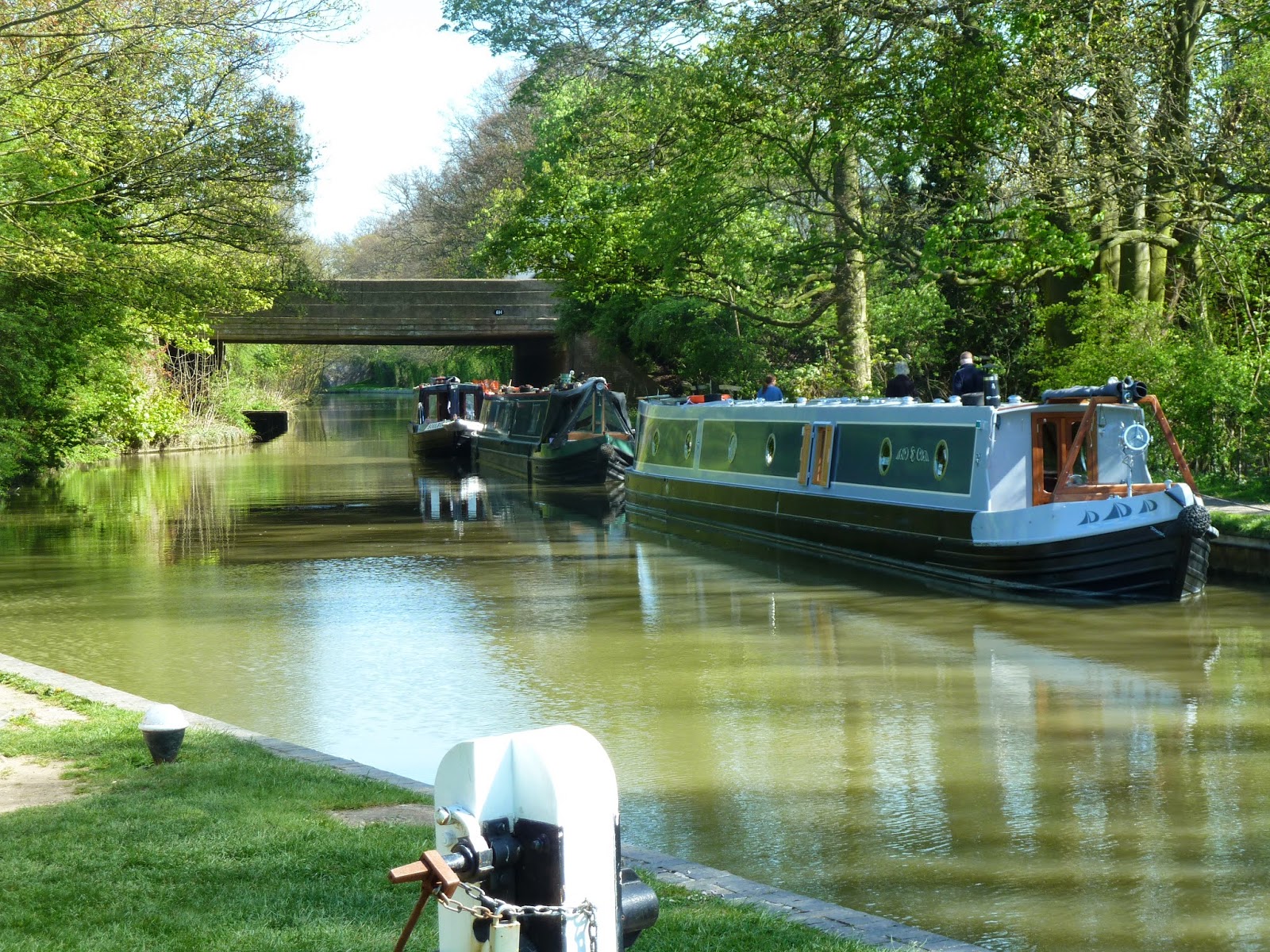 As we were first in the queue we did not mind and enjoyed the company of the crews from the other boats. Eventually it was our turn and with all the locks in our favour we made excellent time down them all. 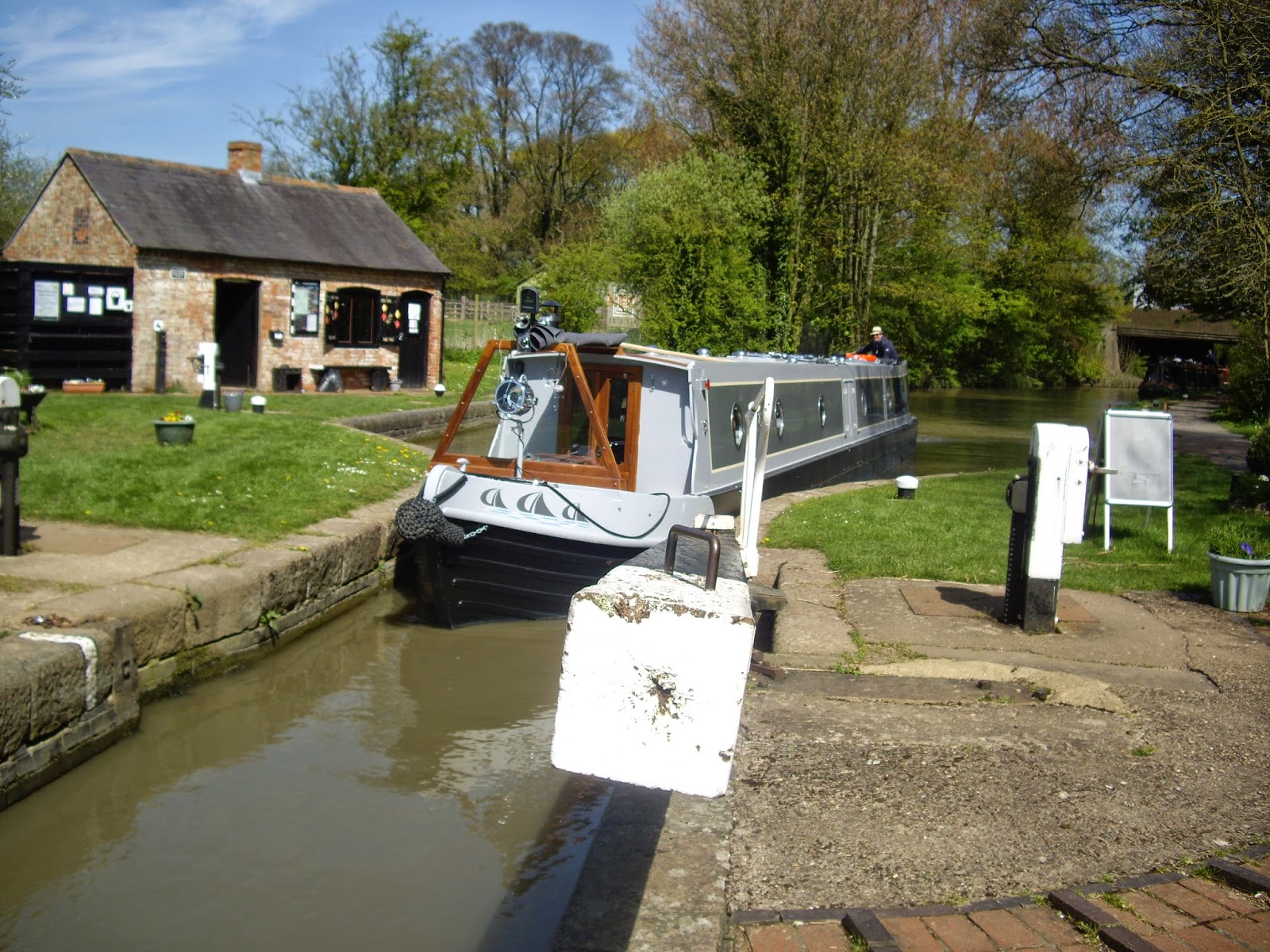 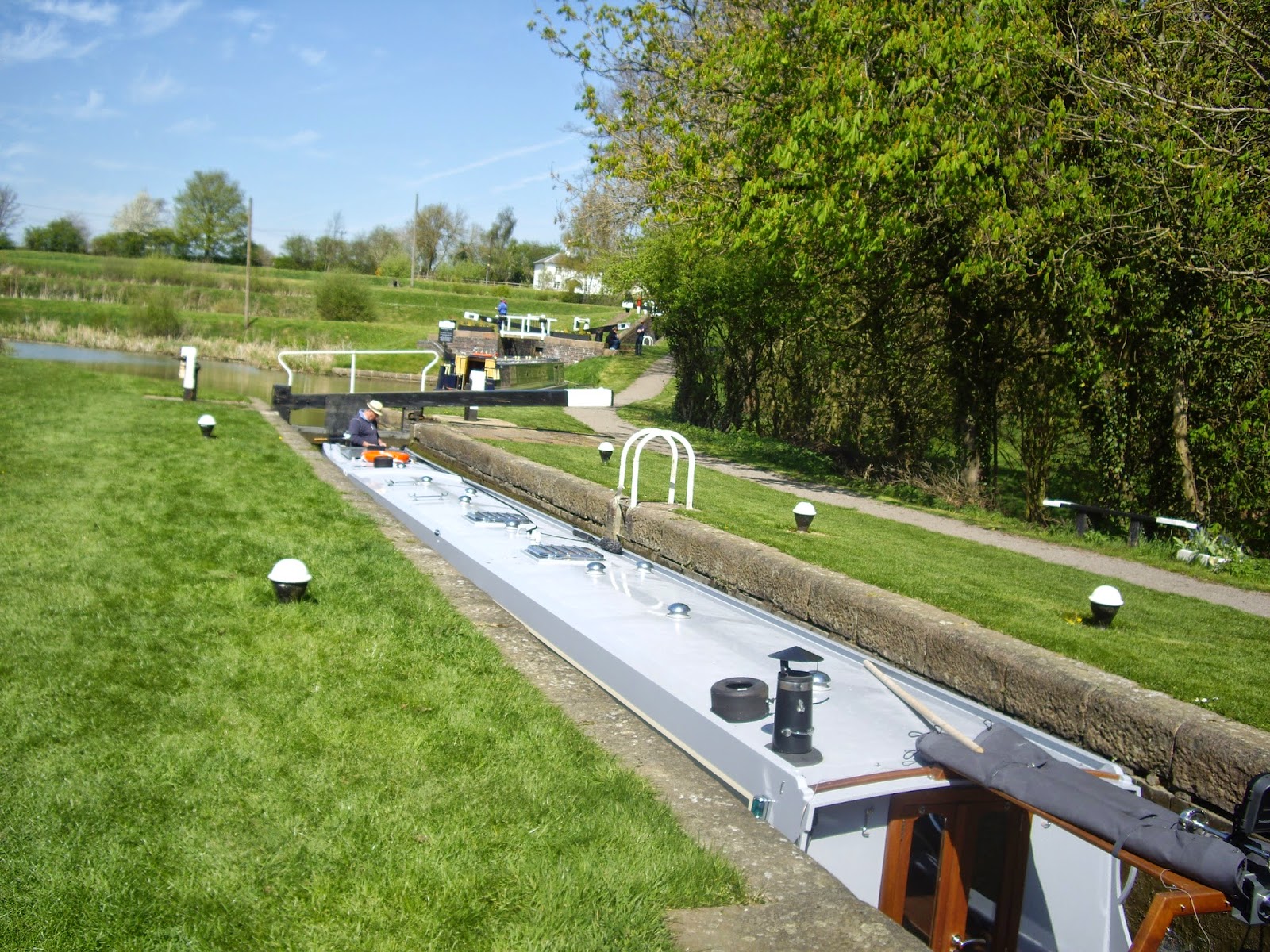 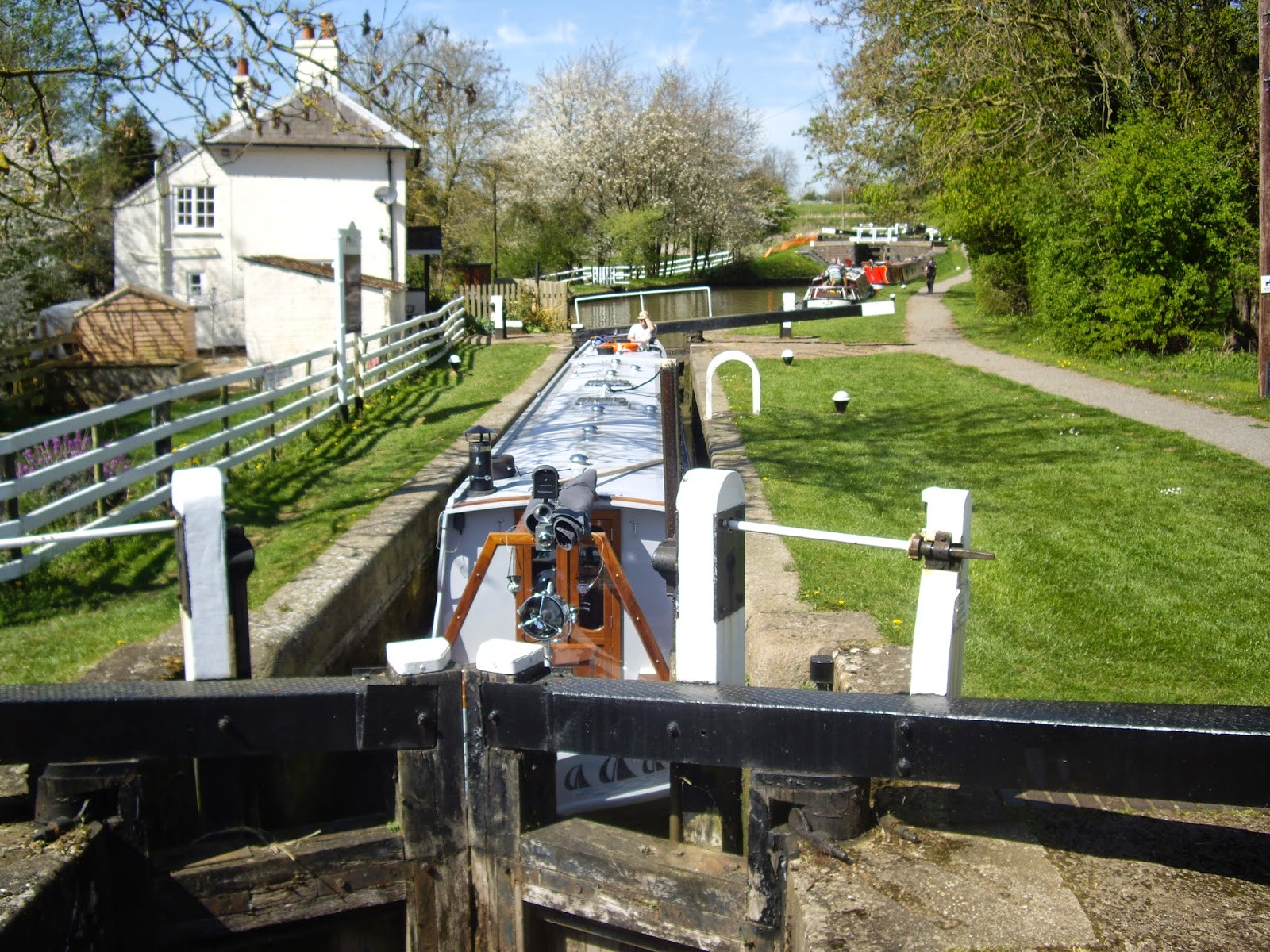 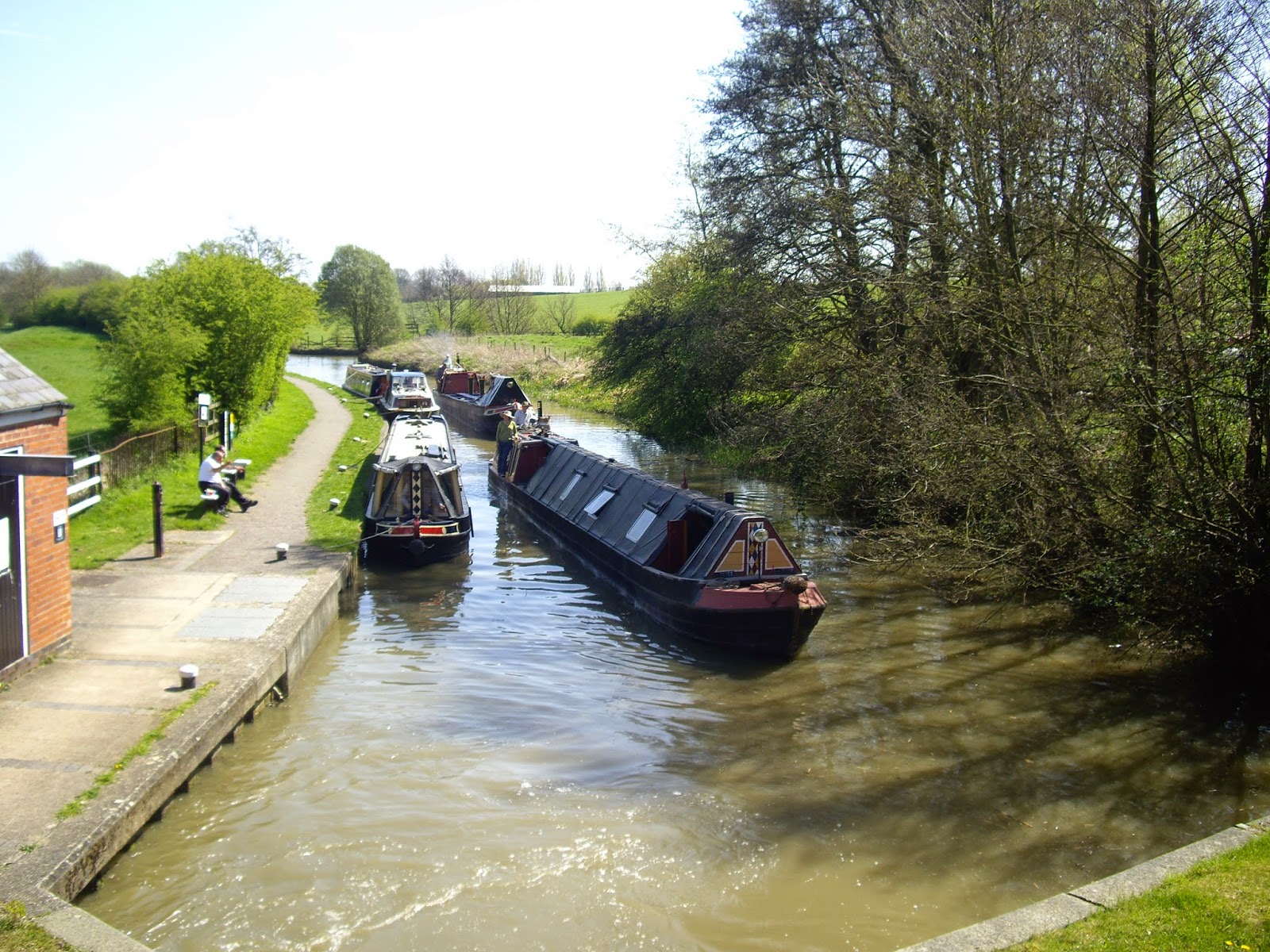 By the time we got to the bottom the number of boats waiting to come up were growing making passage quite congested as we exited the last lock. Once clear we made good progress to Norton Junction without further ado. 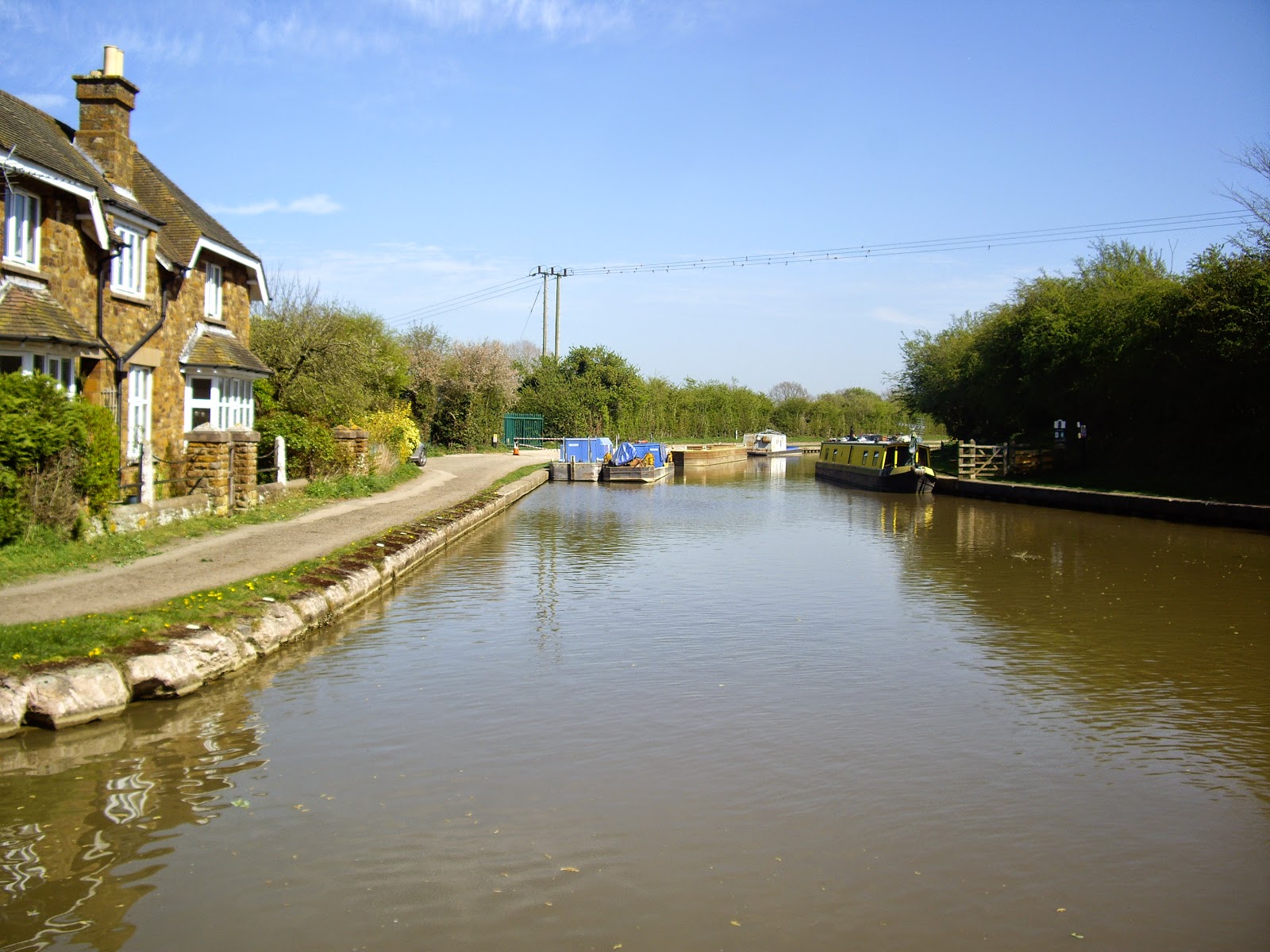 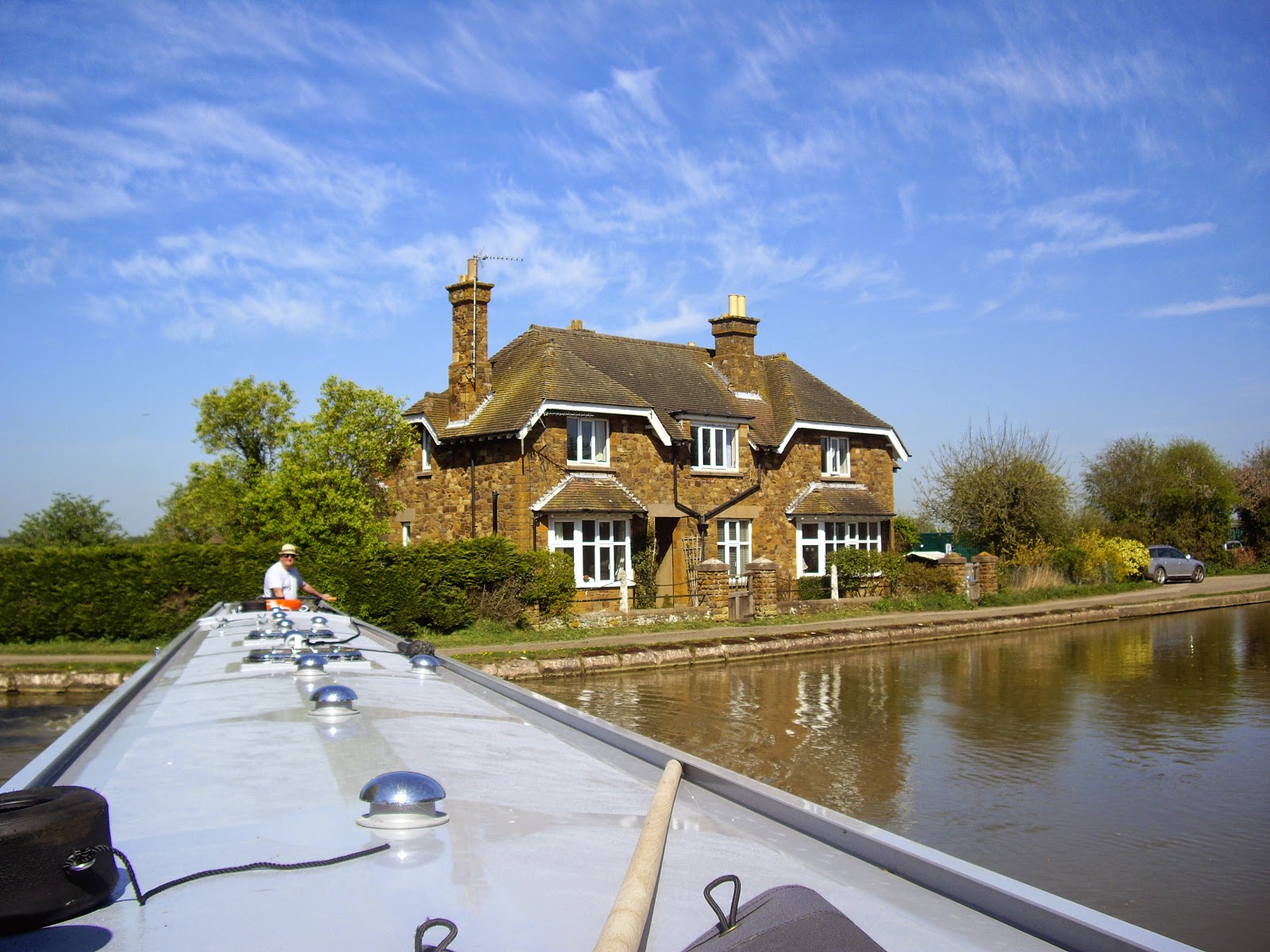 As the day went on the sun got warmer and warmer, barely a cloud in the sky but this formation caught our eye 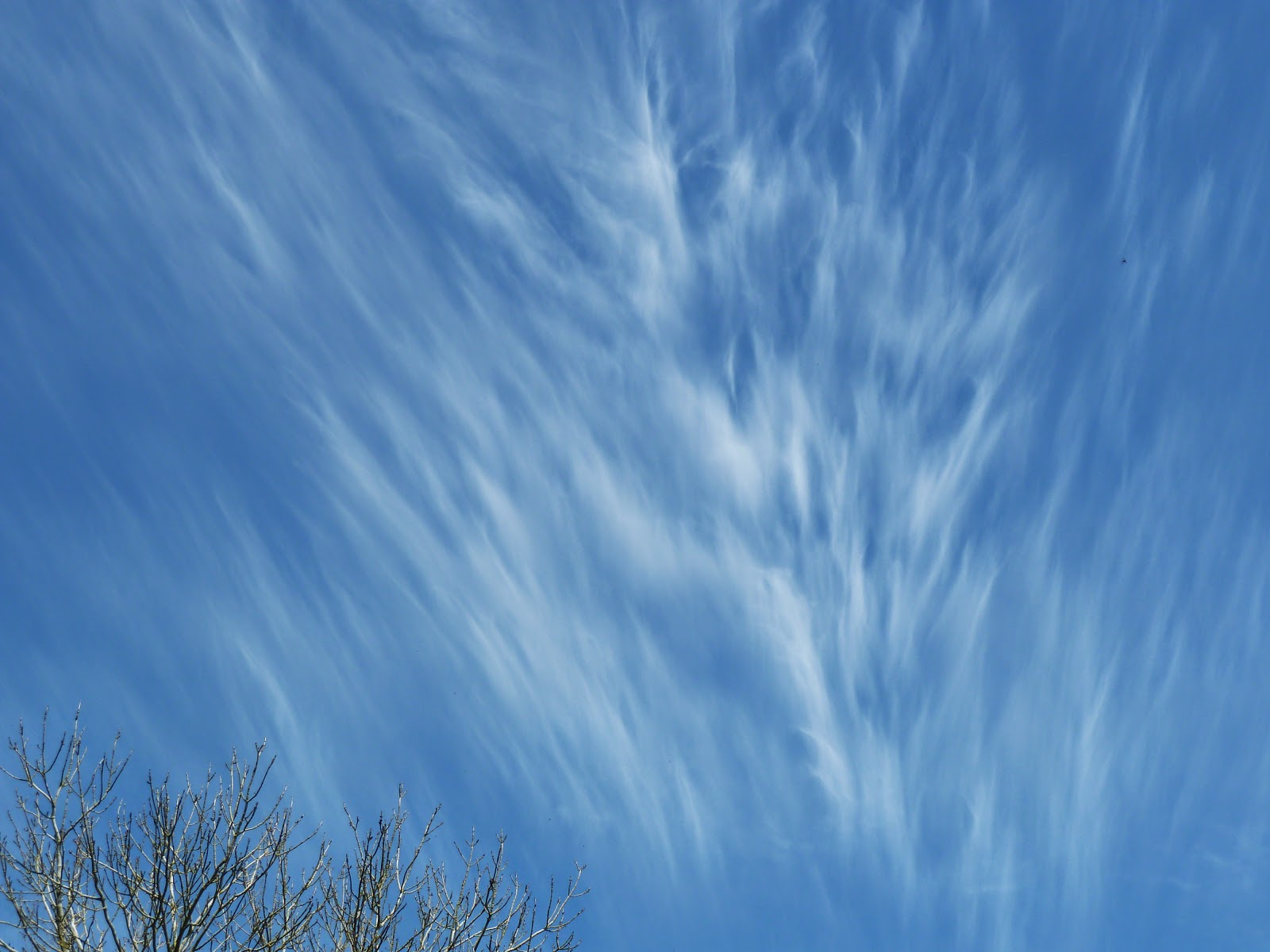 A sign of good weather or another system moving in?  Could be, at least the cows laying down would indicate so but then the forecast was good 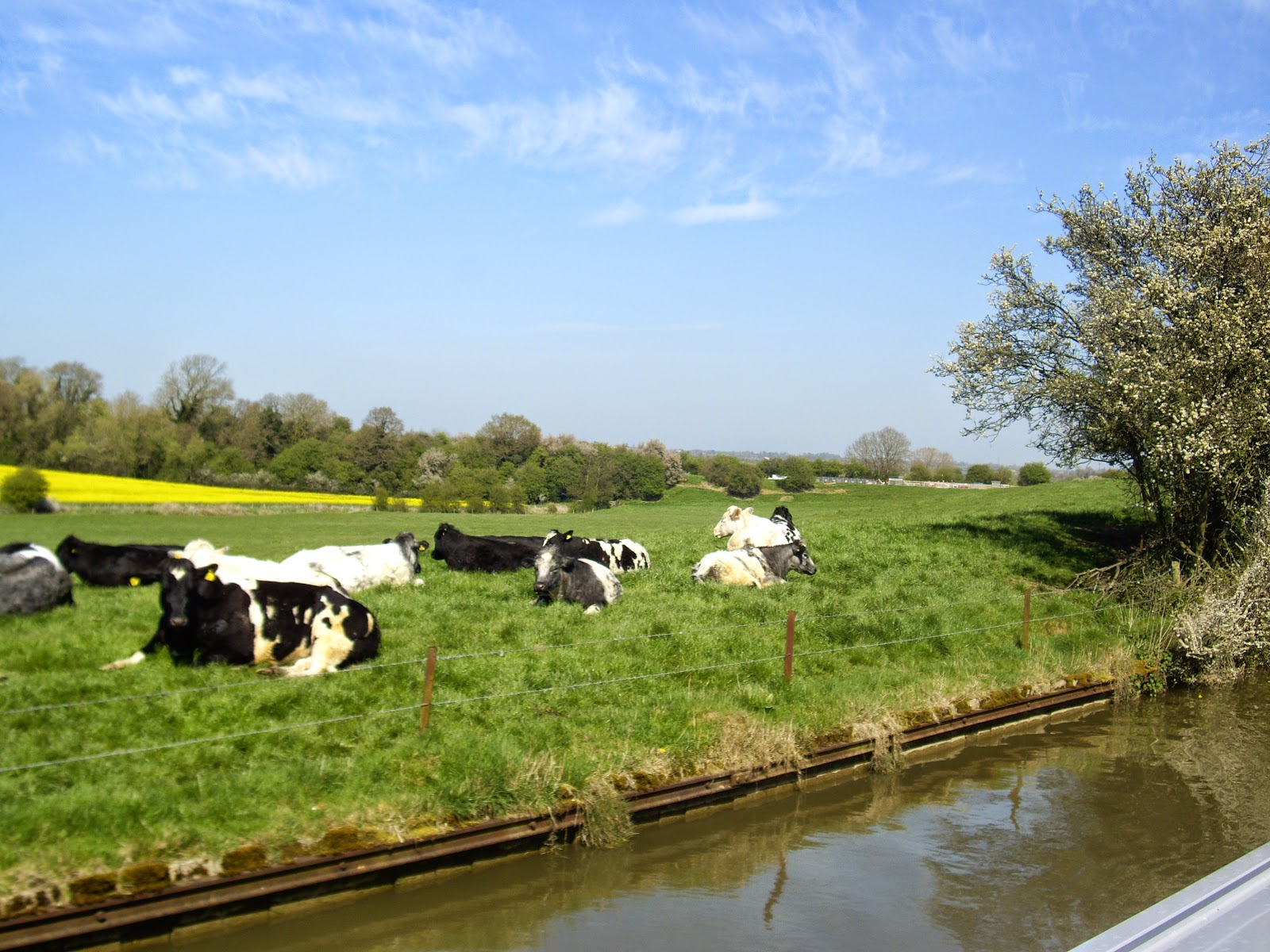 Just after Norton we spotted a boat head so tailed him through Braunston tunnel.  Like the other weekend this chap was going so slow that in Braunston tunnel I had to stop completely twice otherwise I would have caught up to him.  Other boats coming the other way were not making thinks any better and there was an almighty bang as he passed one oncoming boat.  I hope there was not too much damage but the other boat owner did not look very happy when he passed us though he did give us a thanks for going so carefully as he passed us without a bump.

Going down the locks I chatted to the son of the boat ahead, Robert who handled their boat better than his dad. Sorry we cannot remember the boat name but good company was had through the locks though.

Once through Braunston locks we passed the marina and was surprised to see this boat in there. Don’t think they will get far in that somehow I think that mast may be a problem. 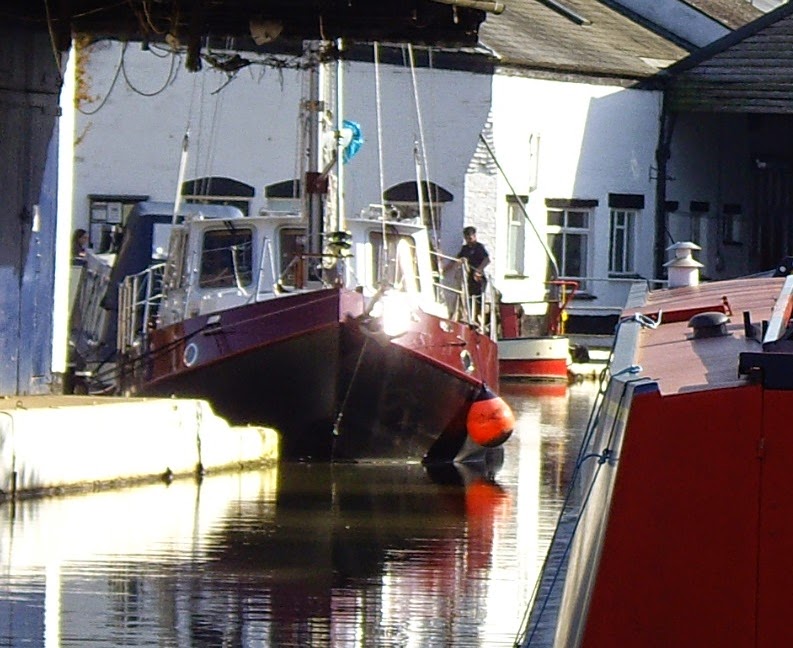 It was getting late so we started to look for a place to moor up for the night and found a super spot just after the Boathouse pub and just before Braunston turn. It was so peaceful there I think its one of my favourite moorings so far. 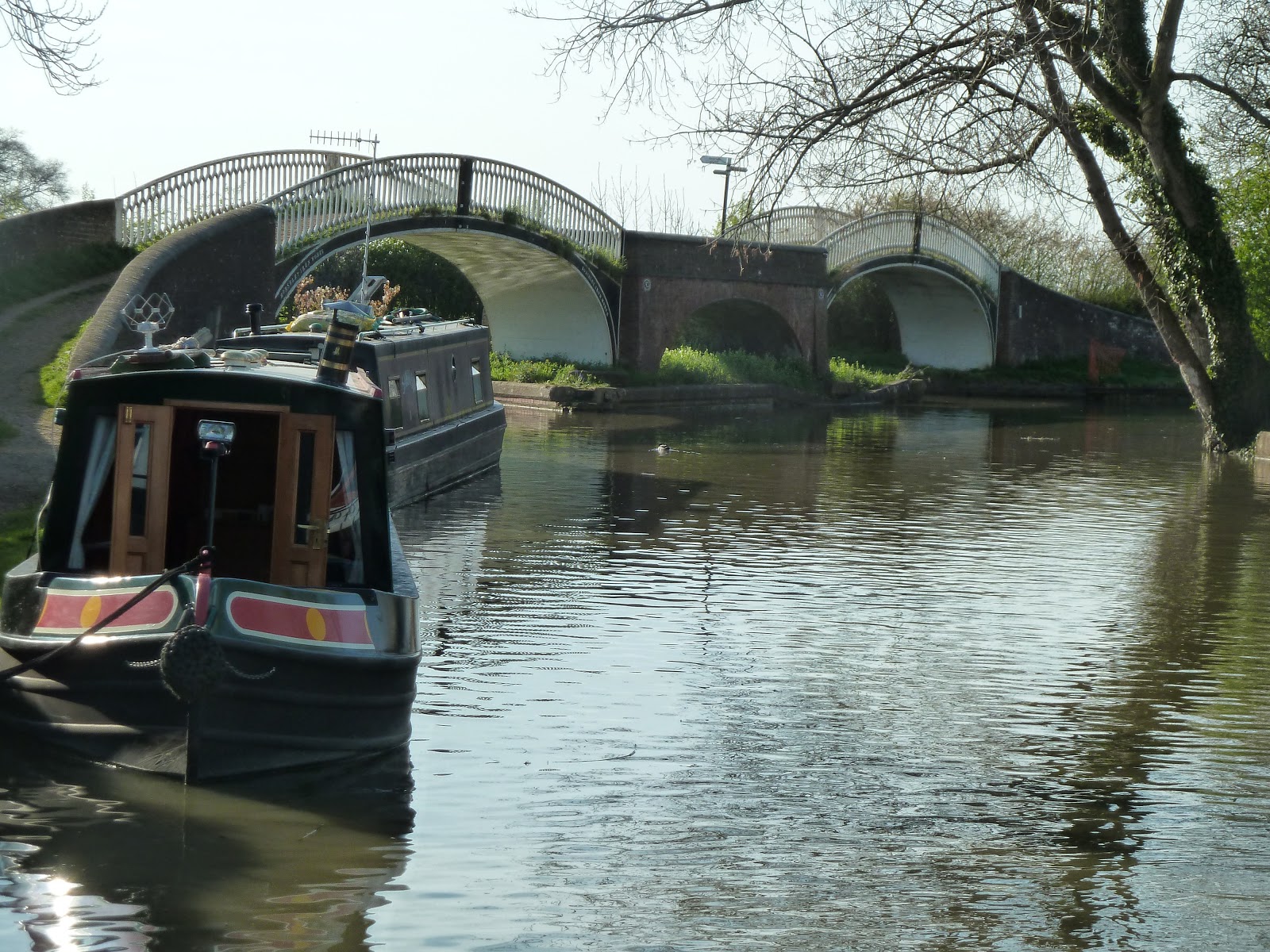 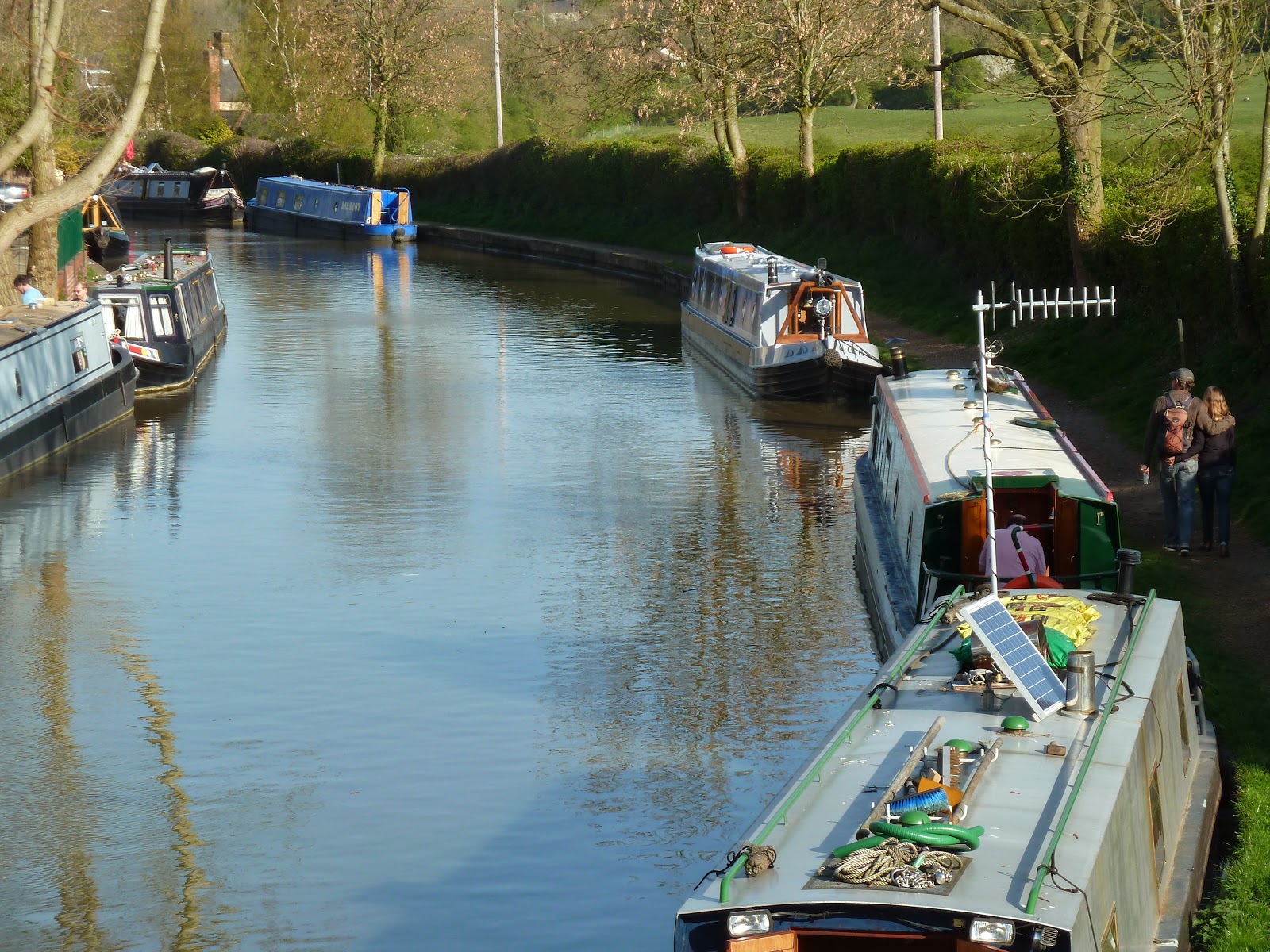 Then it was tea time, the usual Beef in black bean sauce, red wine and rice. It was so warm and sunny we sat out in the cratch to eat then sat polishing off the rest of the wine until sunset. We then went for a pint in the boathouse as it would be rude not to. 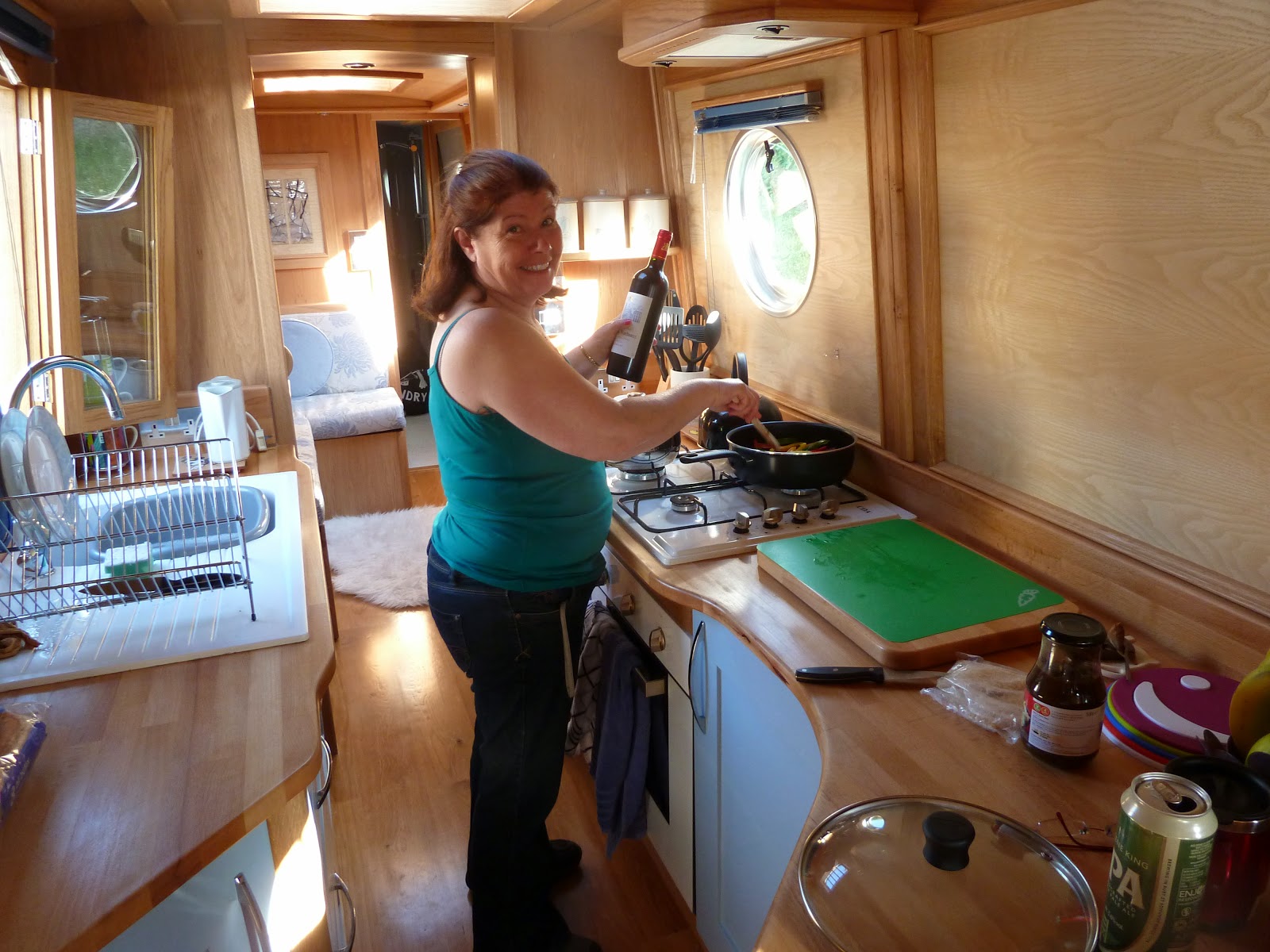 Tomorrow is decision time, we can turn left onto the Oxford canal or go straight on, not decided yet.
at 23:04:00

Anyway, if I were you I'd turn left, and give myself another difficult decision at Wigram's Turn!

Left it is Adam, then we'll decide at the next turn