We have had an enforced break in services the last few days as we have had a distinct lack of internet signal up to today.  Hanging on with just 2 bars signal at present, I'll try and bring you up to date though this may be a bit long winded.

Wednesday we cruised the stretch from Wrenbury to Grindley Brook.  Apart from the Lift Bridge at Wrenbury and 3 locks (Quoisey, Willey Moor and Povey) there is not much to write about.  The day was warm, and boats were leaving the locks as we arrived so passage was good.

We had friends visiting the next day, so we moored on the visitor moorings below the locks at Grindley Brook..  In the evening our friends in 4 boats arrived in convoy and moored up with us.  A pleasant evening chatting on the towpath in the warm evening was had.  We stumbled back to AmyJo at 1am in the morning. 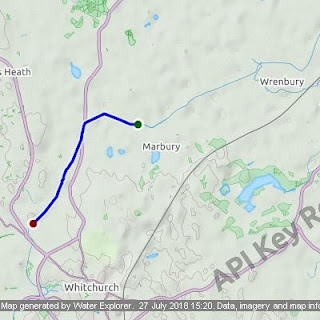 Day 7 Grindley Brook to Chitchurch and back twice.

At 10:30am Chris’s work mate Helen with her mum Brenda and children Jack and Orla arrived and joined us for the day.  Jack and Orla really wanted to see the locks in action so we set off through the bridge and into the first lock.


The children were keen to help work the lock so Chris, her teacher instinct to the fore, explained how and why we work the locks.  Jack soaked up all the information and was clearly loving every minute.  Orla too enjoyed the experience and joined in when Jack allowed.


Whilst the children enjoyed working the lock...

The mums enjoyed a glass of vino collapso in the cratch

Having worked the first three locks Jack then wanted to join me at the helm.  It was then I discovered he loves Dinosaurs, as he announced the gates of the middle chamber of the staircase looked like those at the entrance to Jurassic Park.  From then on we moved up the locks into the raptor compound keeping a good look out for the dinosaurs.  Lucky for us, none were seen so we reckon they were off hunting or having breakfast.

Finally at the top of the locks and in raptor country we pulled in to top up with water.  During this time the kids got the chance for a photo session.  Part of their summer holiday tasks were to be photographed reading in extreme places.  AmyJo’s roof and life rings made the perfect place to start.


Once the water was full we carried on the 20 minute run to Whitchurch.  On arrival we passed through the lift bridge and was amazed to find the arm totally empty.  I reversed AmyJo back into the arm and tied up.

We had a leisurely lunch then chilled in the afternoon heat.  By 4 pm it was time to go and so with the children helping to raise the lift bridge whilst I winded AmyJo we retraced our steps back to Grindley Brook.

After receiving "thank you"s from all concerned mums and the kids left and we returned back to the Witchurch arm once more.  The Arm was still empty and later our marina friends in their 4 boats arrived and joined us once more.  All moored in the arm with us.

In the evening a fantastic Bar-b-q was had and much laughter and drinking was the norm.  Needless to say another late night was in store


For one, who had been working all day, the evening was too much so, dressed in dressing gown, took the occasion to snatch a quick snooze on the roof.  I have to say with all the tubs of flowers and the eire darkness it would have been easy to think this was a wake for a passing friend :-) 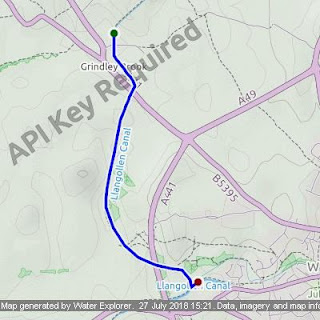 Thursday dawned warm and sunny, so it was decided to go into town for a shop.  We tried to call a taxi but got no answer so we took a stroll instead.

The Witchurch arm is owned by the Witchurch Arm trust who are still hoping to open up a small wharf with moorings on what used to be the route of the arm when it went right into town.  Whilst their dream is still very much alive sadly with each passing year more and more housing development is encroaching onto the area planned for the marina making the plan seem less likely to happen.


In the town first stop was a pot of tea and toasted tea cake.


After refreshment we walked to the local Sainsburys and did a big shop. 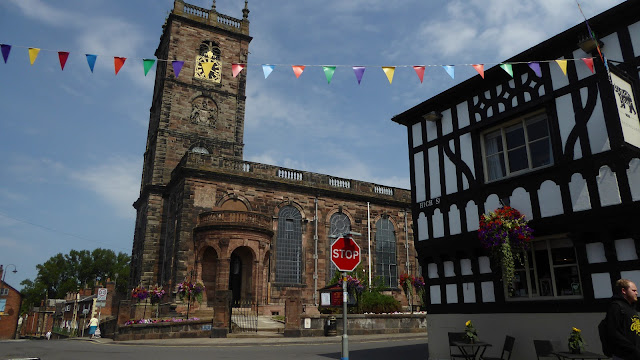 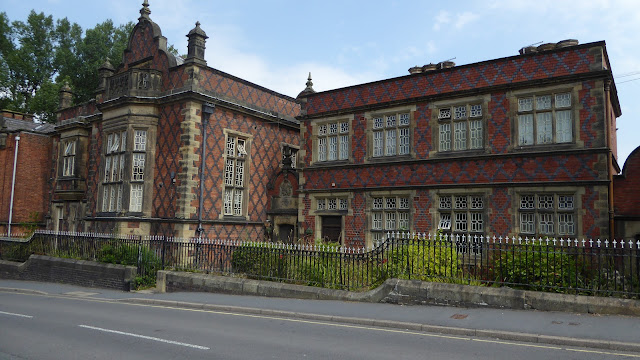 We then called a taxi who brought us back to the arm, in fact he stopped within yards of the boat so we did not have far to carry the bags!

After packing the shopping away we got under way about 2:30 pm.  It was really hot so we did not rush.  We crept out of the arm just as a boat was waiting for the bridge to be lifted.

Within minutes of us getting onto the main line it got busy with boats coming down stream wanting to go through the bridge, however, the one coming through the bridge decided to try and turn into the arm.  It was clear from his length he could not do the turn but this did not stop him.  Now blocking the canal we left them to it to clear the blockage he caused.


Further on we waited while the hire boat staff moored up a boat that had come loose.  Once sorted we carried on.

This bull was cooling off in the water further on and was paying no attention to his mate who waited patiently on top of the hill. 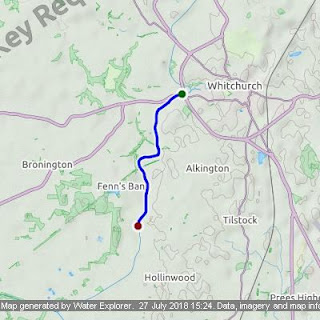 An earlier start today at 9:30am.  This morning was already heating up with the sun beating down.  We cruised through the next two bridges without hitch.  On arriving at the last lift bridge before Prees junction we caught up with a hire boat.  It was approaching the bridge when the chap aboard lept the 3 to 4 feet to the bank.  Not a good idea as the bank sloped away from the armco quite steeply.  The result was the fella shot head long into the bushes.  Luckily he was unharmed and eventually raised the bridge.

By now we were apon the bridge so also passed through.  Whilst the chaps wife pulled their boat into the bank yet another boat headed towards the bridge from the opposite direction.  We carried on to the junction and made the turn without another boat in sight.


We cruised the long straight stretch towards Bettisfield and only passed one boat coming the other way.

At Bettisfield we pulled onto the water point to top up the tank.  Whilst there the hire boat crew slowly cruised past followed buy another boat close behind.  We thought this a bit much but on pulling out behind them we soon found why. 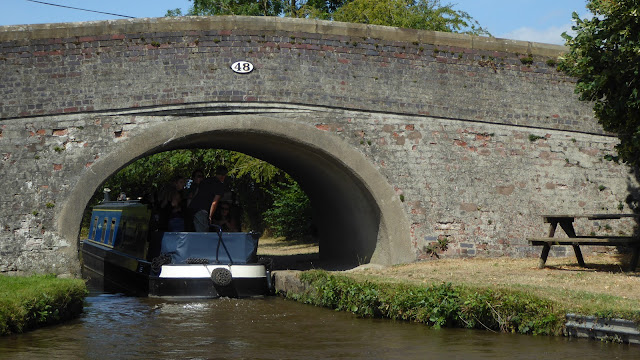 Turns out the hire boat crew had been travelling the whole way on just over tick over but slowed down to an almost stop when passing moored boats or when other boats passed the other way.  Progress was painfully slow with no chance to over take.  Still we don't mind after all we have no hurry.

We found some really nice moorings after Bridge 50 near Hampton Bank so decided to call it a day.  The forecast is not good for the next few days with strong winds in the mix so we may stay put and ride out the rain and winds. 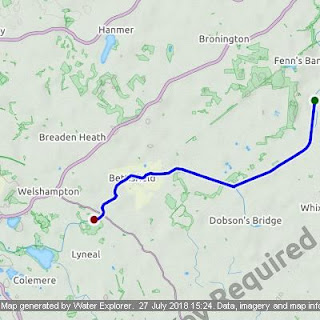