Well what a fantastic time for us the last 24 hours have been.  As I posted last night we left home after work and arrived at Alexander boats at 7pm.  Jim Sparks was keen for us to see AmyJo before all the activity next morning so let us in for a preview, what do you think folks, not bad heh? 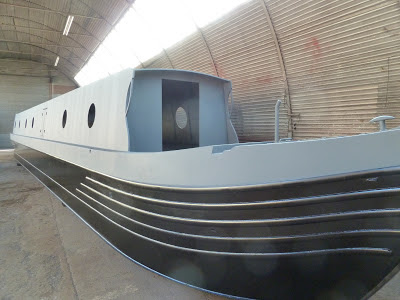 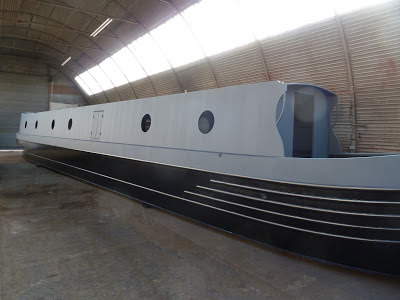 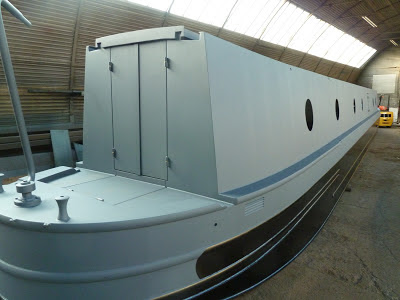 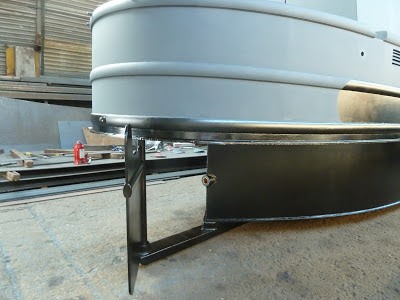 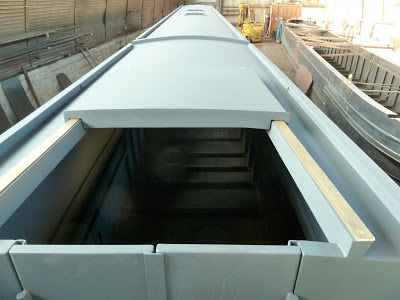 We were just stunned at how much Jim had done in a short space of time.

This morningt was up at 6.30am and breakfast at the hotel followed by a short dash to Alexander boats for 8am.  When we got there the crane and lorry were already in place 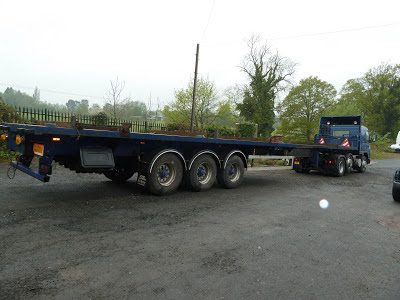 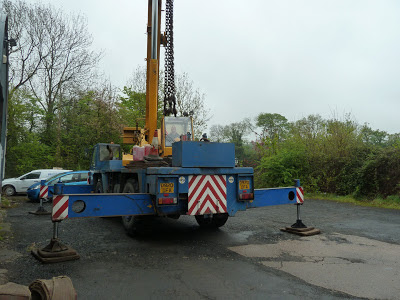 We arrived just in time for AmyJo to see the light of a mizzley grey day.  It was a little damp but luckily only light rain. 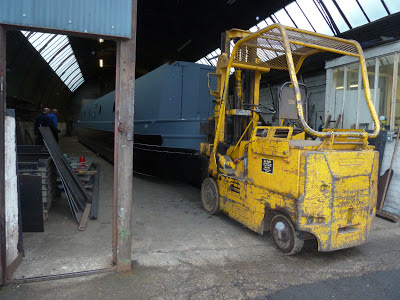 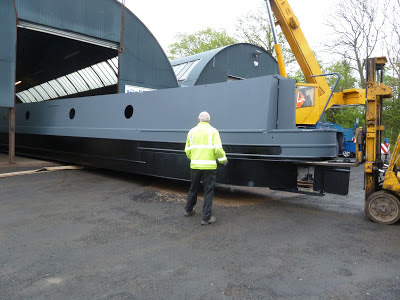 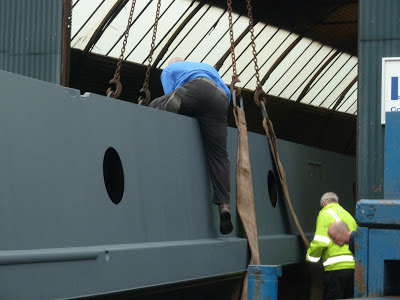 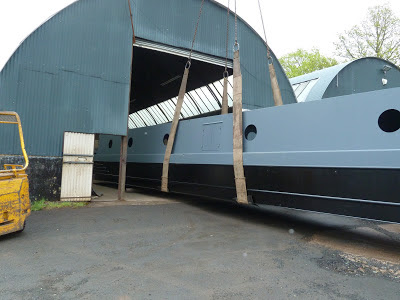 And up she goes 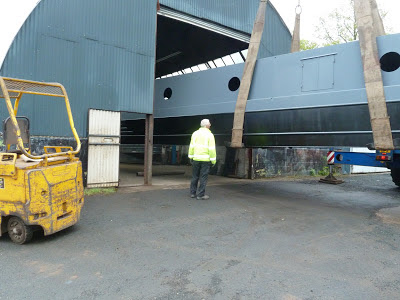 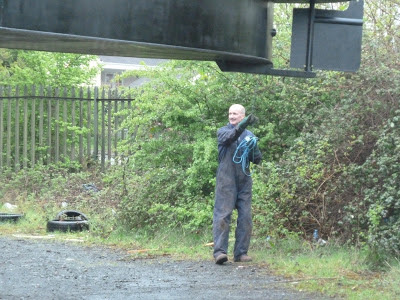 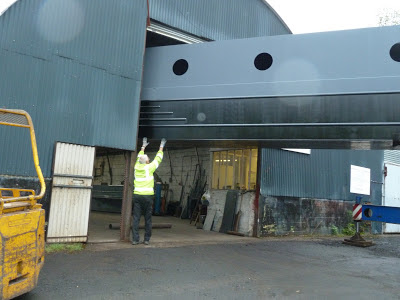 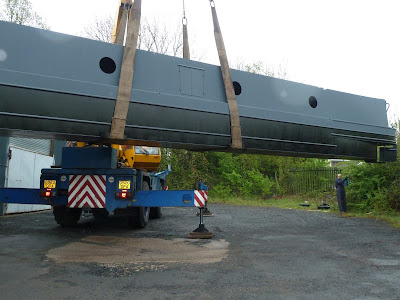 as the bows only just clear the door 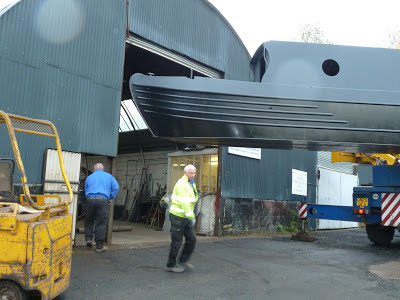 AmyJo takes to the air while she waits for the lorry to back under her. 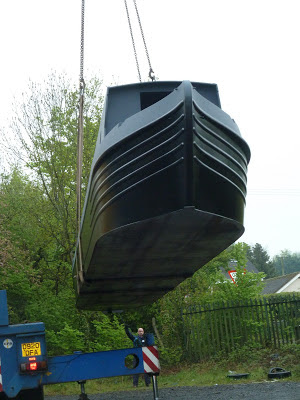 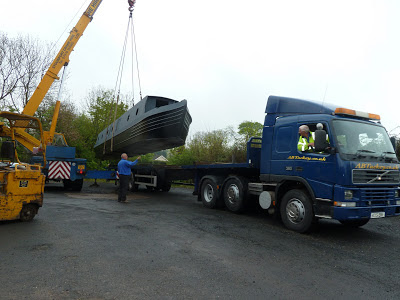 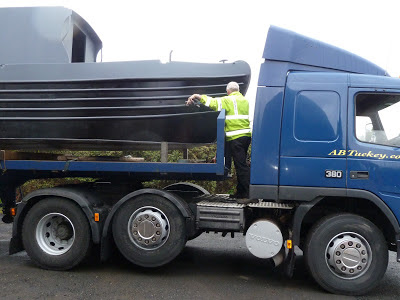 Safely down and ready for the straps.  Then as the heavens opened we took to the road 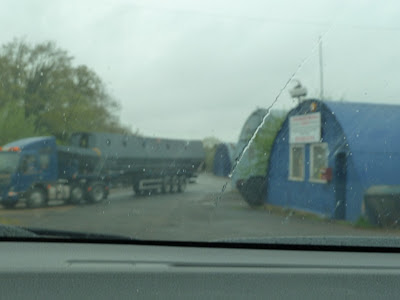 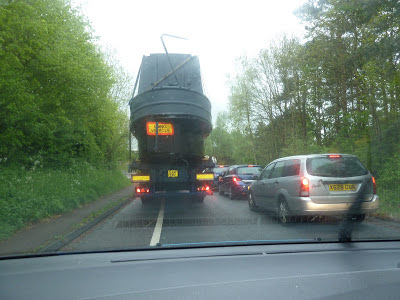 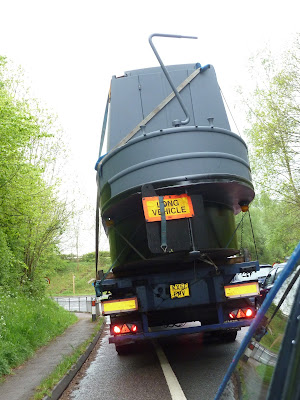 And that was that.  AmyJo was off on her road trip.  I'll post some more photos later of her arrival at Fernwoods and her very close encounter with another boat that nearly ended up sat on her roof.
at 22:55:00

Fantastic photographs and now the exciting part begins as she gets her fit out and you can see your dream really take shape. Thanks for sharing, I know how you feel right now. xx

Hi Chris,
I can now officially log AmyJo's top speed was 60mph, all be it with a little help of course LOL

Hi Both, so glad AmyJo is progressing well, you will soon be living your dream, we shall read with interest following the internal fit out, looking forward to seeing some more pictures. Best Wishes Doug and James

Many thanks to you all for the comments, we're still feeling heady from the excitement of seeing AmyJo moved to Fernwoods.

A first for us was to see her fully side on and she looked loooong.

We're really chuffed to bits with her so far and now look forward to her fit out. Promise to keep the pics coming when we can.
warm regards
Steve and Chris