After a peaceful night we got underway at 9am.  Our aim was for Barbridge junction as we had plenty of time to hand so had a bit of a lay in was in order.  The morning was fine and warm.  Whispy clouds heralded a change in the weather but for now the sun was out though the wind was starting to pick up a little.

The journey was uneventful for the most part and we reached our first lock of the day, Minshull Lock.  Here two boats were queuing to go up and two to come down.  With plenty of lock wheelers we did not have to wait long.  Interestingly, shortly after stopping, we were joined by a very small boat with two men and a Labrador aboard.  How they all managed to fit into the little boat was interesting and, as the lead boat was only 45 foot long we arranged for the small boat to go in with them.

Later we pulled in at Venetian Marina as we needed bread and milk.  While Chris went of to the shop I took the opportunity to top up the water tank.

We then pulled across to wait our turn in Venetian Lock with just one boat (a lady single handing) in front.  A Few minutes later some of her friends arrived in their boat behind us and the husband assisted the first lady with Chris helping through the lock.  Meanwhile a lovely aroma of baking bread wafted across from the his boat as his wife was cooking it.  Boy it did smell yummy!

We got to Barbridge junction with very little traffic and decided, as we had time, to stop at the Barbridge Inn for a meal so at the junction we turned left.  By the narrows just after the junction we were confronted with one private boat tow path side watering and for some reason a hire boat on the offside with its crew just stood holding her ropes.  I can only assume they were waiting for the water too.  This left a gap only just wide enough for AmyJo to squeeze through.  I made the turn perfectly and slotted AmyJo through the gap with inches to spare watched very carefully by the owner of the boat filling with water.  On approach to the inn we were surprised to find a perfect mooring right outside the pub.  As it was 3pm we booked a table for the evening then enjoyed a pint or two in the afternoon sunshine.

Our evening meal in the pub was excellent as always and we had a very pleasant chat with other boaters moored with us.  This was somewhat spoilt by a boater moored opposite who had a noisy generator running until 11pm.  The fact would not have been quite so annoying but it had been running non stop since we arrived at 3pm that afternoon.  There was no sign of anyone aboard to ask them to turn it off so I can only assume it was to charge batteries that judging from the length of time the generator was running clearly need replacing.  We never saw any lights on in the evening or movement aboard.  Eventually the generator ran out of fuel and died, much to the relief of those moored nearby.  When I looked later the generator had been moved inside the boat so clearly someone was aboard though how they could see with no lights was anyone's guess.  I appreciate sometimes you may need to run a generator but please, if you intend to run it that long and late in the evening then please find somewhere to moor where it won't annoy the neighbours!

Monday morning's weather, in contrast dawned wet and miserable.  We had no choice to move as I had work on Tuesday and Chris was off south to see her mum.  Donning wet gear we cast off and headed for Hurlston Junction in heavy drizzle.  As we approached the junction the rain eased.  Needless to say no boats were on the move so we winded at the junction without causing any hold ups.  Retreating our steps the rain came back as this time we passed Barbridge junction and pressed on for home. 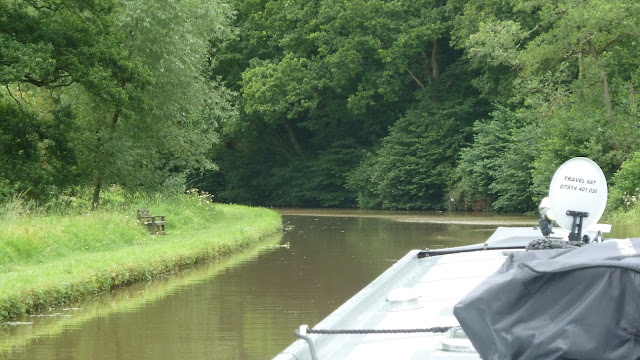 The rain got heavy for a while but as we approached the Shady Oak it finally stopped altogether.  We still had plenty of time left so moored up for a spot of lunch aboard, opposite the closed pub.  After an hour or two we slipped the lines again and headed back to Tattenhall Marina.  By now the wind was getting quite fresh but fortunately it was in our favour assisting us with the turn into the marina by blowing the bow round and then onto our mooring as it was blowing straight down the jetty.  The turn into the mooring was made almost without turning the rudder as the bow was pushed down wind and AmyJo slotted onto her mooring with just a slightest of nudge against the jetty.  Glad my sailing skills and wind awareness helps on these occasions. 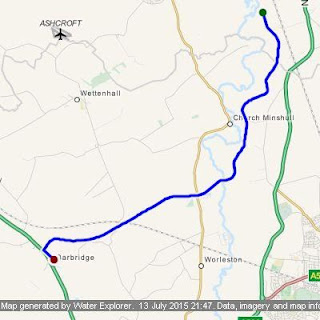 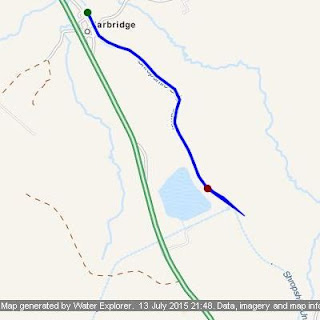 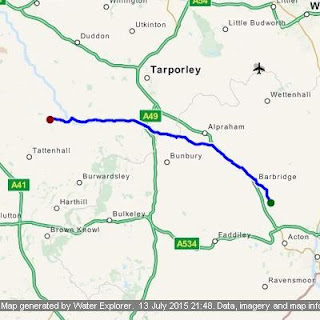